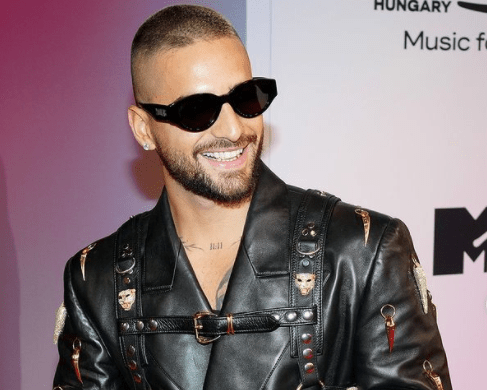 Juan Luis Londoño, better known as Malumais one of the most recognized Colombian singers of the urban genre and although in his history there are several stars of the music industry who have collaborated with him, it seems that not everyone agrees with making songs by his side.

This was revealed a while ago by the reggaeton Norielthrough an interview with Maiky Backstagein whose conversation he revealed that a colleague of his refused to collaborate on the remix of ‘4 babies‘, according to him, because he did not want to “hit” (give popularity) to the Colombian.

Is about Almightya rapper and singer born in Cuba, who became known in 2015 thanks to the song ‘Amárrate las Timber’.

“I arrived, I listened to the song and it sounded like a bastard, but someone else was missing because there were three chanteos (Puerto Rican word used to define someone who sings fast), Maluma’s, Jhun’s and mine, so we said we were going to mount Almighty. He arrives, listens to her and says: ‘Daddy, really he’s good and everything, but I’m not going to hit Maluma,’ “said the Puerto Rican with a laugh.

It was then that Noriel questioned Almighty’s position and reminded him that Maluma had a much more nurtured career and that, while they charged $2,000 or $3,000 per show at that time, he put more than $100,000 into his pocket for each presentation for the show. which was hired.

Despite the refusal received, Noriel continued to insist that Almighty put on the remix of ‘4 babys’ and finally managed to convince him, but he put another condition that hindered the creation process.

“I keep fucking him because he is my friend, so he tells me that he is going to sing with Maluma, but he was not going to do it with Jhun and I ask him why, if he was even the one who wrote the song, practically he was the owner , to which he comes up with another metaphor and says: ‘Egyptian paladins can only surround themselves with Egyptian paladins and Jhun is not a paladin.’ So then, he meant that Jhun was not as close as he was,” he added.

Seeing that Almighty was becoming a stone in the shoe for the release of the song, both Maluma and Noriel decided to look at other horizons and, finally, it was Bryant Myers who ended up completing the combo of artists who, to date, have managed to accumulate more than 1,020 million views with ‘4 babys remix’ (only on YouTube)something that the Central American rapper has never achieved.

For his part, Almighty has barely received a few nominations, but has not taken home any award that recognizes his musical career.

See here the interview in which Noriel tells the secrets behind ‘4 babys’:

‘The queen of flow’ would have a third part, although without its main protagonists and with several changes in production
Laura Barjum wrote an emotional letter about the disease she suffers from: “Don’t slouch anymore to be the same as others”
Elianis Garrido responded forcefully to those who criticized her for her marriage: “Let’s not judge if we don’t live each other’s lives”