On August 28, the celebration of the MTV Video Music Awards was held. in Newark, NJ. An event that caught the attention of millions of viewers and Internet users in the world, since it is the oldest of the American television network MTV and because they were held again in person after more than two years in which they could not be held. due to the global pandemic.

The conduct of these famous awards was in charge of American rappers LL Cool J, Jack Harlow and the singer and actress Nicki Minaj, who put their touch and style to the delivery of the MTV Video Music Awards.

The night also had a Colombian stamp, since the artists from Antioquia J Balvin Y Ryan Castro they entertained the attendees and international celebrities to the rhythm of their song “Nivel de Perreo” and with a show in which they surprised with a staging full of lights, dancers and animations with which they made even Taylor Swift.

See also: Bad Bunny surprises by kissing with dancers at the MTV VMAs

Who were the winners and winners of the MTV Video Music Award?

Artist of the Year: bad bunny

Group of the year: bts

Song of the year: Billie Eilish – “Happier Than Ever”

Push Presentation of the Year: December 2021: SEVENTEEN – “Rock With You”

Best Alternative Video: Måneskin – “I WANNA BE YOUR SLAVE”

Best pop-video: Harry Styles – “As It Was”

Video of the year: Taylor Swift – “All Too Well (10 Minute Version) (Taylor’s Version)” 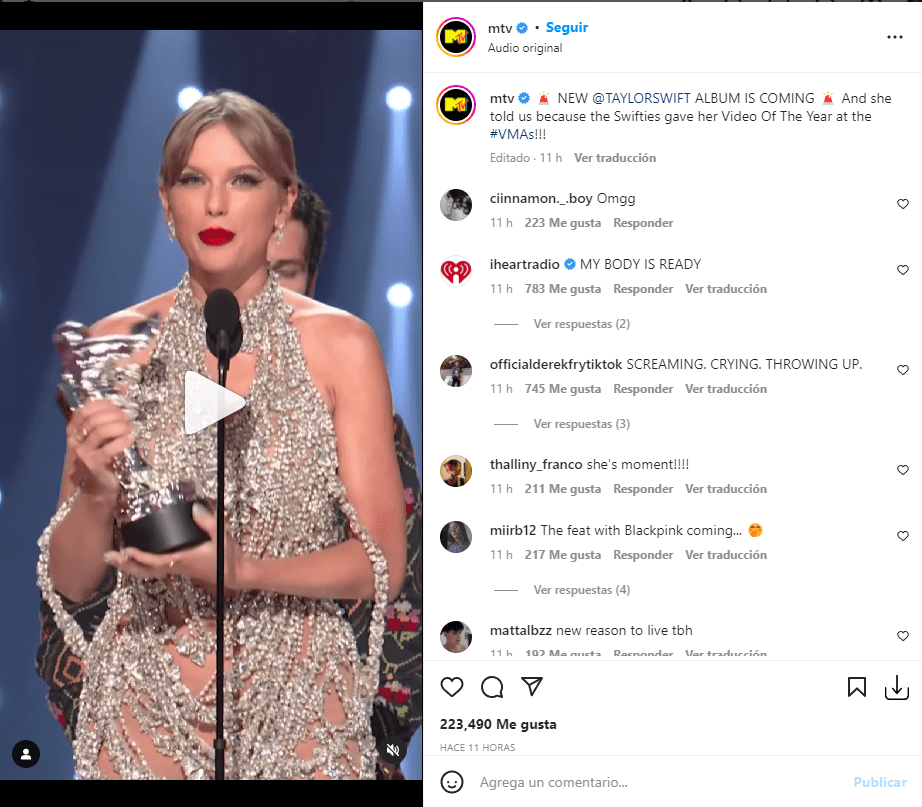 Do not miss: Lina Tejeiro revealed if she still talks to Andy Rivera and explained why

It may interest you: Is there rivalry? Juan Duque revealed how he gets along with Andy Rivera

These are the main winners of the 2022 MTV VMA Awards