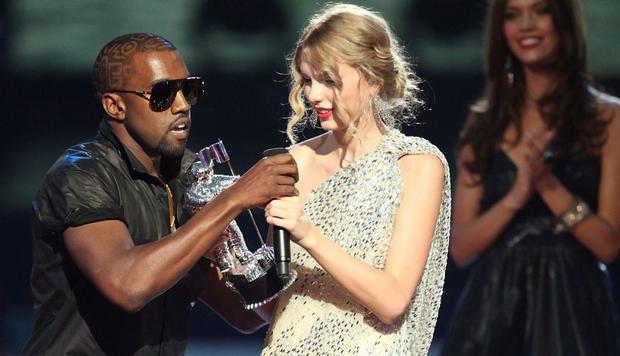 She went back to the studio recording amid the applause of his fans who can not contain the emotion knowing that they will be able to listen to new material. On that stage, the American artist Taylor Swift released the tenth studio album “Midnight” this Friday, October 21, which includes thirteen previously unreleased songs, plus three bonus tracks on the physical version.

LOOK: Lana del Rey will collaborate on one of the songs of the next Taylor Swift album

A promising career that began in the country genre, but which, little by little, has evolved until it reaches the sound that Taylor Swift wants to project: pop. Thus, the artist has positioned herself as one of the favorites in the industry; although that has not prevented her from being involved in media fights with other members of the scene. Such is the case of her confrontation with rapper Kanye West for insulting her in her song “Famous” and with producer Scooter Braun for buying the recordings of her songs and denying her a fair deal. Find out all the details here.

It is true that when you are at the height of fame, any incident can spoil your plans. And that is where the American rapper Kanye West comes into play in Taylor Swift’s musical career. This history of ‘rivalry’ began more than 10 years ago.

During the 2009 Video Music Awards (VMAs), when Swift took the stage to receive the award for Best Female Video for “You Belong With Me” and was interrupted by West in the middle of her speech. “Taylor, I’m happy for you, but Beyoncé’s video is one of the best ever,” the rapper said at the time. The following year, Kanye had to go out and apologize to the interpreter and even deleted his Twitter account.

But it took only a few months for Swift’s response. In mid-2010, Taylor released “Innocent”, a single directed at Kanye. One of the lines in the song says “Thirty-two and still growing up/Who you are is not what you did/You’re still an innocent.”

Given this, according to the BBC, West withdrew his apologies and accused Swift of taking advantage to gain notoriety in the industry. And she doesn’t end there. In 2013, the rapper gave an interview to The New York Times where he sent the singer a message. “If anyone is reading this expecting some kind of full apology for whatever, they should stop reading this right now.”said.

The “reconciliation” seemed to come in 2015, when Kanye West and Taylor Swift, along with Kim Kardashian – who was also involved in the problem – hugged each other during the MTV VMAs. But it was not like that.

The ‘drop’ that would overflow the glass would come a year later. The rapper released the song “Famous” as part of his album “Life of Pablo,” in which a 25-minute phone conversation between West and Swift is leaked. One of the lines on the single reads “I feel like Taylor and I could still have sex. Why? I made that bitch famous.”

Faced with humiliation, Taylor Swift gave a forceful response during the 2016 Grammy Awards. She received the award for Album of the Year and in her speech she said “there will be people who will stand in your way and try to cut your success short or take some of the credit for your achievements or fame. But if you just focus on work and don’t let those people distract you, someday when you get to where you set out to be, you’ll look around and know that it was you, and the people you love, who put you there. And that will be the most wonderful feeling in the world”.

In the middle of that same year, Kanye released the controversial video for “Famous”, where several nude celebrities can be seen, including Swift. For 2017, Taylor released the video for “Look what you make me do”, which includes various references such as the use of stacked bodies and snakes.

In 2020, the complete telephone conversation between Taylor Swift and Kanye West was revealed, where it was shown that he never mentioned that he was going to call her a “bitch” in “Famous”. “I told the truth all this time (you know, that call that was illegally recorded and someone edited and manipulated in order to harm me),” Swift wrote on Instagram after the leak.

Nearly a month later, “Famous” producer Havoc of Mobb Deep hit the press to continue fueling the drama. “I think artists are artists and she should really relax. It’s not that bad. She has an amazing career and she doesn’t need to fight another amazing artist. Free speech is alive and well, or it should be and you shouldn’t go out there complaining about not clearing this up,” he said. “”Some people are too sensitive for the game, but this is the game we are in. There’s no time for smooth skin and I’m not just saying that because she’s a woman,” Havoc of Mobb continued. In the end, both artists -thanks to all the controversy caused- continued to receive millions of dollars.

One of the first record labels to shake hands with Taylor Swift to boost her career in the music industry was Big Machine Label, the company founded by Scott Borchetta in 2005. With this label, the singer recorded her first albums “Fearless”, “ Speak Now”, “Red”, “1989″ and “Reputation”.

However, in 2018, Swift took a chance on a new music house and signed a contract with Universal Music Group. It is at that moment where the problems for the artist would begin. A year after Taylor’s departure, record producer Scooter Braun, known for managing artists like Justin Bieber and Ariana Grande, bought the Big Machine record label.

In this transaction, carried out in 2019, the list of clients, distribution agreements, publishers and the master recordings were included.

“A few weeks ago my team received a letter from a private equity company called Shamrock Holdings informing us that they had bought 100% of my music, videos and artwork”Swift confirmed in a statement posted on social media.

According to the same singer, she tried to buy the rights to her songs; although, Braun and a partner demanded a clause in which she had to agree not to speak negatively about them. “My legal team said this was not normal at all”Swift assured.

Been getting a lot of questions about the recent sale of my old masters. I hope this clears things up. pic.twitter.com/sscKXp2ibD

While it is true that Taylor Swift owns the lyrics to her songs, the audio on her recordings does not belong to her. For this reason, and after the sale to the person who had bullied her for years, she lost the right to those songs that are on digital platforms (as well as the royalties they receive).

That did not end there, but, in 2020, Scooter Braun sold the rights to the first six Taylor Swift albums for 300 million dollars to an investment fund that is not related to the music industry.

The American artist announced the decision she had made after losing her songs. On the Good Morning America show in February 2021, Taylor Swift announced the release of the re-recording of one of her first albums “Fearless” which was released in April of that same year. In this way, the pop star regained control of her recordings, calling them “Taylor’s version” (or version of Taylor in Spanish).

“I hope you understand that this is my only way to regain the pride I once had in listening to songs from my first six albums and also to allow my fans to listen to those albums guilt-free for benefiting Scooter.”added the pop star.

That decision hasn’t stopped Swift from also writing new songs. During the 2022 Video Music Awards gala, the singer took the stage to receive the Video of the Year award for the 10-minute extended version of “All Too Well.” On that occasion, she took the opportunity to announce the release of “Midnights”, her tenth studio album.

“I wouldn’t be able to re-record my albums if it wasn’t for you guys. They have encouraged me to do it. And I had made up my mind that if they were going to be so generous and give us this [premio], I thought it would be a fun time to tell you that my new album is out on October 21st. And I will tell you more things at midnight”he said on that occasion.

That same day, in the early morning hours, he made an extensive publication on Instagram where he provided more details of what the new album would be. “This is a collection of music written in the middle of the night, a journey through terrors and sweet dreams. The floors we walk on and the demons we face. For all of us who have tossed and turned in bed and decided to keep our flashlights on and go searching, hoping that maybe when the clock strikes twelve… we’ll find ourselves.”he explained.

Thus, from this Friday, October 21, fans can enjoy “Midnights”, which is already available on all digital platforms with thirteen new songs, with sides A and B; as well as three bonus tracks.

They hate Taylor Swift, but she does not give them the pleasure of falling: an account of their media fights

"Once upon a time ..." Learn about the history of Los Premios MTV Latin America
5 Seconds of Summer celebrates its 10th anniversary today with a new single "2011"
La Nación / In this way we eliminate oily hair
Tweet
Share
Share
Pin
Other links: https://awardworld.net/resources/