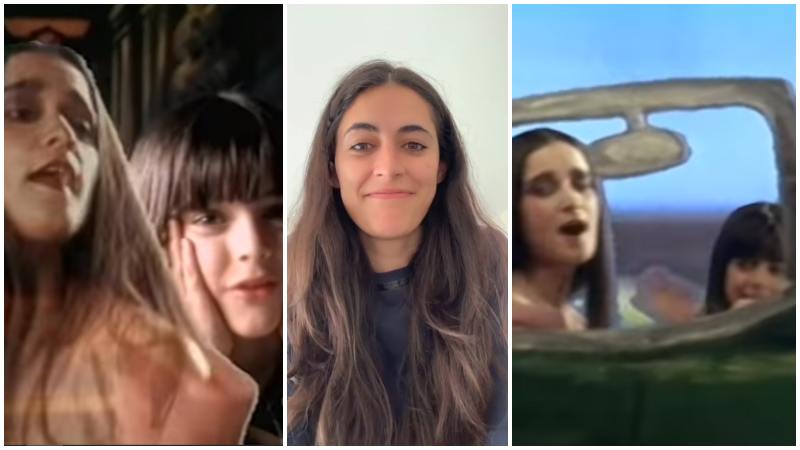 Andrea was part of the music video “How I know” when she was five years old, now she told her experience about what it meant to record her scenes and how she was paid for her participation.

Andrea is the name of the girl who appears in the music video “How I Know” by Julieta Venegas released in 1997 and that allowed the singer to win the award for “Best Female Performance” at the 1998 MTV Video Music Awards, that year. , the song was also on the list of The 100 + Requests.

Now, that 5-year-old girl who appears as the small version of the interpreter in the clip, reappeared on social networks and narrated her experience of what it was like to record her scenes.

Tomo began with a video he posted on his TikTok account where he said that when he was 5 years old, his mother told him he had to miss school for two days to appear in Julieta Venegas’ second music video.

It will interest you: The funniest memes left by the 2022 Oscar Awards

“The best thing is that since they couldn’t pay me, they gave me about 40 toys,” the girl, now approximately 30 years old, wrote in her publication. The video became very popular on the Chinese social network, to the point of reaching 4.5 million views. Users immediately asked for a video with more details of that experience.

Seeing the scope of its content, Andrea did not hesitate to answer the users’ questions and in a second video she said that she had the opportunity thanks to her mother working in the artistic world and a friend of hers told her about a new project: “My mother called everything like that, she loves everything and says what a father,” the young woman commented.

This is how they prepared her for the production, she remembers that they asked her to learn the song and told her that later she only had to dedicate herself to singing it while playing in a dollhouse.

The young woman explained that when she was five years old she missed two days of school to record the video with the famous. VIDEO_ Illustrative and non-commercial image/tiktok.com/@morumora/video/7076636436425936133?is_copy_url=1&is_from_webapp=v1

See also: VIDEO: What nobody saw! This happened with Will Smith behind the scenes after beating Chris Rock at the Oscars

“I literally spent two days playing in a dollhouse, they played the song in the background and told me ‘sing it’ and I was singing it,” he narrated.

Regarding the payment she received for her participation, she commented that it was the best part of that experience, because very excited she revealed that every time she finished a shot they allowed her to choose a gift from a wall full of gifts of all sizes.

“I could choose a gift after each shot, the one I wanted, I remember perfectly that there were some small colors, there were prints, stuffed animals, dolls, books and everything. There were other big guys downstairs and those were the cool ones, a bike, a Barbie jeep, a scooter and an oven… there was never a Christmas that could live up to that many gifts I received, ”she detailed.

“They paid me with toys”, a girl from a popular video by Julieta Venegas reappears | Salvadoran News