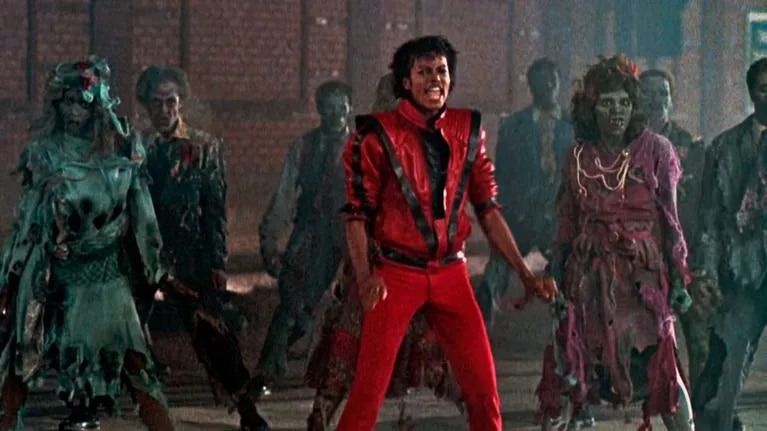 It is not easy to find unanimity in the elaboration of an official ranking with the best-selling albums in history, since the marketing figures are not exact. But there is no doubt about the album that tops the list: thrillerof michael jacksonthe phenomenal success that exceeded 60 million copies.

The legendary American artist released his sixth album on November 30, 1982. If by then he was one of the most popular musicians of the moment, with that album there was no doubt that he was the king of pop.

Also read: Vinyl is resurrected and lives a golden age in the midst of the digital age

The nine songs managed to enter the top 10 of the Billboard Hot 100. Among them, unforgettable hits such as billy jeana song with which he introduced his popular moonwalk dance step;beat it, Wanna be starting’somethin’, The girl is mine and, of course, the song that gave the album its name, thriller, which was accompanied by an impressive video clip with the theme zombie.

How Michael Jackson recorded Thriller, the best-selling album in history

The album was produced by Quincy Jones, who had already worked with Michael Jackson on his album off the wall (1979). Recording began in April 1982 in Los Angeles and had a production budget of $750,000.

The King of Pop wrote four of the nine songs in full: Billie Jean, Beait It, Wanna Be Startin’ Somethin’ and The girl is mine. Various music genres are played, including rock, disco, funk, ballad, pop, and R&B. In addition, it had the great collaboration of Paul McCartney, former member of The Beatles.

When they finally finished with all nine songs, both Jones and Jackson were unhappy with the result. That’s why they remixed all the songs and dedicated a week to each of them.

Michael Jackson’s thriller: awards and records for the best-selling album in history

Thanks to Thriller, Michael Jackson holds the record for the highest number of Grammys won in the same edition, with eight awards in 1984. The brand is shared with Carlos Santana, who achieved the same in 2000, with his Supernatural album. He also made a record eight American Music Awards in 1984.

Also read: A book reveals which musicians Freddie Mercury loved and hated: his relationship with Michael Jackson, competition with David Bowie and tension with the Sex Pistols

In addition to being the best-selling album in history, it is the second most sold only in the United States, below Their Greatest Hits (1971-1975) from the band Eagles. It was certified 34 platinum by the Recording Industry Association of America (RIAA).

Likewise, Thriller has the prestige of being one of only three albums to have stayed in the top 10 of the Billboard 200 for at least a full year. It was at the top of the chart for 37 non-consecutive weeks.

The history of Thriller, the legendary video clip

After seeing how Rick Baker had managed to transform a man into a wolf in the movie An American werewolf in London (1981), for which he won the Oscar for Best Makeup, Michael Jackson became obsessed with the idea of ​​becoming a monster on the screen.

The video clip of the King of Pop that marked an era.

That idea was proposed to the American director and producer John Landis. Together they tried to enlist the help of Sony Music, but the company refused to finance the project due to its high cost. Finally, MTV agreed to shell out the money.

Also read: Michael Jackson’s youngest son broke the silence and remembered his father: “There is a lot of history in this house”

The video was released exactly one year after the self-titled album was released. With a duration of 14 minutes, it was the longest video clip until then. In 2009, it was inducted into the United States National Film Registry, the first music video to be considered a cultural treasure.

Thriller, the story of the best-selling album in history

La Nación / What are the benefits of peach for health?
The networks denounce "tongo" in Chanel's 'SloMo' election for Eurovision 2022: these are the argume...
MTV EMAs 2021: schedule, nominees and where to see the performances of the Europe Music Awards
Tweet
Share
Share
Pin
Other links: https://awardworld.net/resources/