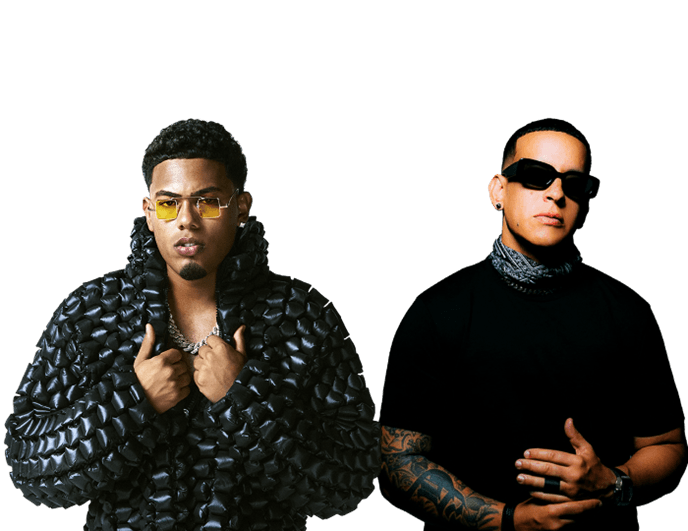 Myke Towersthe Puerto Rican four times nominated for a Latin Grammy, launches his new single hoot with Daddy Yankee. Accompanied by a colorful and explosive video directed by Mike Ho, the song features infectious reggaeton with hints of dancehall and demonstrates the rapper’s lyrical abilities in a unique way.

This is the third collaboration of these two Puerto Ricans, being the most explosive of all. In hoot, the celebrity showcases his masterful versatility as an artist and performer over an infectious and mesmerizing tune, marking a stark contrast to some of his trap-based hits. It was written by both artists and produced by Play-n-Skillz. The song was recorded mainly in San Juan, Puerto Rico, while the video was recorded on the beaches of Miami Beach. The single exudes a world-renowned and universal expression, promising to be an upcoming global hit that will intentionally conquer new audiences and dance floors.

“Ulala was a unique experience because it is the first song of mine in which Daddy Yankee collaborates and also my first time working with Play-n-Skillz. The intention was to create a global song and nobody was better than the great Daddy Yankee to achieve it.”Mike Towers expressed.

“In the Legendaddy recording period, the concept of Ulala’s song was born. He was putting the finishing touches on it in the studio, he had to deliver the album and Play N Skillz pitched me the idea of ​​doing it with Myke Towers. And there the theme was born and Myke stayed with it. Great job” – commented daddy yankee.

Myke Towers, the acclaimed rapper and singer with 4 Latin Grammy nominations, became known as one of Puerto Rico’s most powerful lyricists, balancing street narratives and commercial compositions with impressive skill. Towers is one of the OGs of Latin trap, launching his career in 2013 alongside young visionaries like Álvaro Díaz and Fuete Billete, who rescue the irreverence and viscerality of classic reggaeton with a fresh twist inspired by Atlanta trap.

Counting on successes how Curiosity Y Bandit, the “Young King” has become one of the most recognized artists of the urban movement. In 2016 he presents his first mixtape The end of the beginning, a work full of autobiographical lyrics and a boom bap sound that invokes classic rap. Three years later, his efforts led him to collaborate with Farruko on the hit if givenreuniting again the following year for the remix of The beachwhich would also have a verse by Maluma.

In 2020, the rapper launches Easy Money Babyan album that expands his sound ambitions by embracing rhythms such as reggaeton, dancehall and baile funk in hits like Goddess Y turnhe. That same year, collaborations with Bad Bunny, Nicky Jam, Camila Cabello, Becky G and Anitta, consecrate him as one of the banners of mainstream reggaeton, but his heart once again guides him towards sharp and accurate rhymes. lyke mike arrives on platforms in 2021; an introspective rap record loaded with powerful trap and drill beats. Songs like; look at me now Y Pin Pin, demonstrate the maturity and evolution of Towers, holding on to his artistry and complex narratives without relying exclusively on catchy choruses. In recent months, Myke Towers has been working on new music that will be part of her new album that will be released in 2023.

The transcendence of a great

As a culture creator, revolutionary, change agent and innovator, daddy yankee has consistently inspired, impacted and influenced generations of artists. An undisputed icon, he has established himself as one of the most influential artists of all time, bringing reggaeton to the entire world for the first time. Without a doubt, music and culture wouldn’t look, sound, or feel the same without him. It’s hard to even imagine the genre without Gasoline, slowlyor (with Luis Fonsi) or Calmly (with Snow).

Since 1995, Yankee has consistently conquered the charts, smashed records and made history on his own terms. The magnitude of his rave reviews is nearly impossible to match or surpass. Living up to the title of “King of Reggaeton”, he has sold more than 30 million records as “one of the best-selling Latin music artists of all time”.

It also stands out as “the only Latin artist with four entries in Spanish to the Top 20 of the Billboard Hot 100 list”. Especially, he received the award as “Songwriter of the Year” three times at the 2021 ASCAP Latin Music Awards and has distinguished himself as “the first urban Latino artist to be inducted into the Billboard Hall of Fame”.

After changing the face of Latin music forever, he retires on the highest possible note in 2022 with his twelfth and final full-length album, LegenDaddy, brought to life by his farewell tour, The last turn (The Last Round) one of the Top 3 most sold at the box office in the entire world. The album combines the essence of Reggaeton with salsa, dancehall, rap, trap bachata, EDM and Caribbean music like never before.

It may interest you: The Best Pop with Playa Limbo