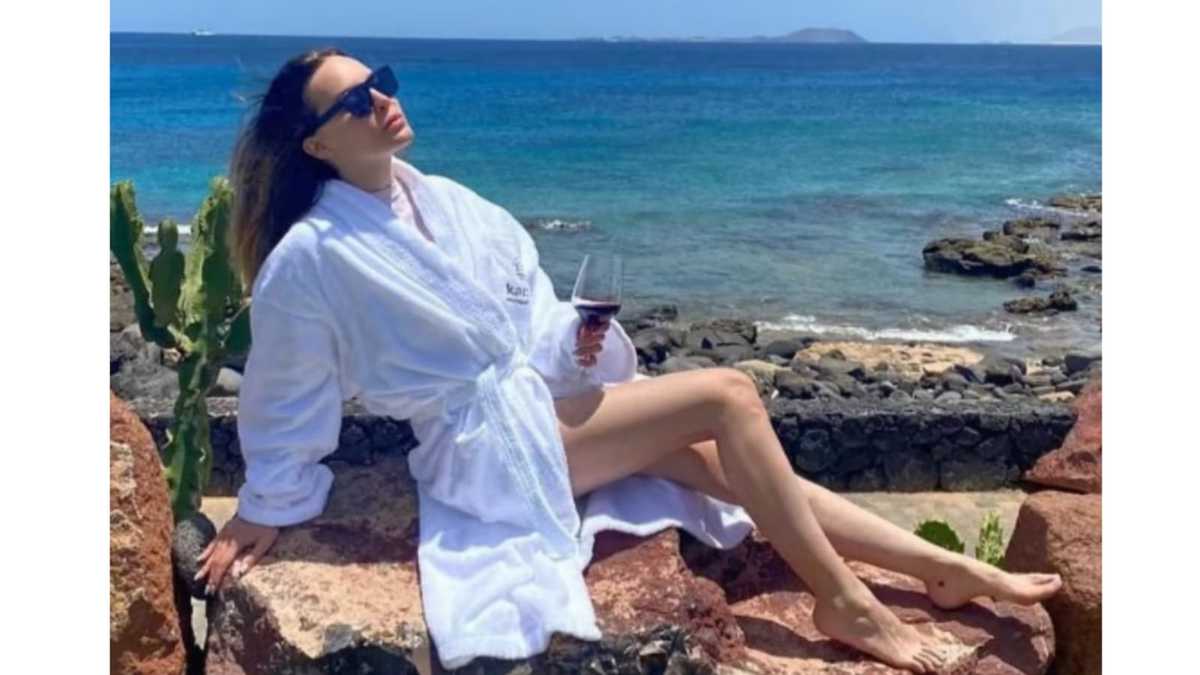 This 2022 has been a year in which couple relationships made up of public figures and celebrities have given much to talk about. One of the duos that is still a trend, despite their separation months ago, is the one that at some point was made up of the singers Belinda and Christian Nodal.

Through the history of Mexican artists, everything has happened; ended earlier this year and each focused on their projects. Nodal has been touring and singing, while Belinda also does the same, but she recently appeared as a character in a Spanish Netflix series called Welcome to Eden.

Time goes on and recently the ranchero singer seems to be moving further and further away from what was once going to end in marriage with Belinda, Well, he has been seen interacting and kissing the Argentine artist Cazzu.

On the other side of the scale, Belinda is starring on the cover of entertainment blogs, since on Wednesday, July 6, she joined the list of celebrities celebrating gay pride month and kissed two women, something new on stage. .

Due to the expressions of affection of the Spanish-Mexican, they have come to compare her with the pop artist Madonna, since the 63-year-old woman is remembered for a kiss she gave Britney Spears a long time ago in one of her shows and, a few weeks ago, revived it.

Belinda was making an appearance in Madrid to celebrate gay pride, for the dignity and fight for the rights of the diverse community, so he went up to the Plaza Pedro Zerolo in that Spanish city to show his talent, cause joy and give his artistic touch to the comparsa.

With her colored hair, a dark one-piece suit and a green jacket, after singing one or another of her singles, the 32-year-old singer ended her presentation by giving a kiss to the Spanish actress Lola Rodríguez -with whom she does little worked in the aforementioned Netflix production- and the Drag Queen Valentina.

“Long Live Pride” Belinda said, with expressions of happiness next to her companions on stage.

In this way, the iconic kiss that Madonna, Britney Spears and Christina Aguilera starred in in 2003 was recalled, in full show of one of the MTV Video Music Awards.

Next, the video fragment that shows the closing on stage by Belinda and her colleagues:

The tattoo he had in honor of Christian Nodal was removed

As secret as it was, the duo’s followers noticed that the tattoo that the Mexican Spaniard had on one of her ankles – which was a heart with the initials of Christian Nodal’s name – disappeared.

According to Hello! magazine, Years ago, Belinda had already made her heart, but in view of the love she professed with Nodal, she decided to incorporate the initials CN in the center.

From her native Spain, the pop singer posed on one of the beaches of this territory and thanks to a photographic piece, spread on social networks, with sunglasses, a glass of wine in her hand, a white coat, barefoot and leaving the uncovered her legs and her ankle, the initial heart tattoo now looks completely black.

This is how Belinda seems to show that she is closing cycles of the relationship she once had with Cristian Nodal.

Next, the image of the Spanish-Mexican artist sunbathing: