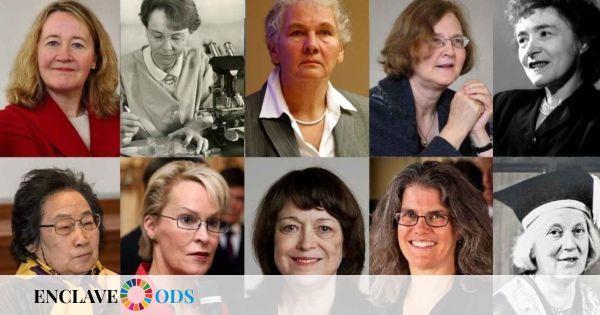 Today, in the International Day of Women and Girls in Sciencewe want to remember the role of some key women –of many– who have revolutionized science with their investigations and who stand out for their discoveries.

Although the list is endless and, recognizing that on many occasions the work of scientific women goes unnoticed, ten of them have been chosen who have been recognized by the scientific community with the Nobel Prize.

To date, only 23 women have received this award from the Royal Swedish Academy of Sciencesin any of the scientific disciplines (Physics, Chemistry and Physiology or Medicine).

Of the people awarded stands out Marie Curie, one of four two-time Nobel laureates. The Polish scientist, nationalized French, won a Nobel Prize for Physical in 1903 and one of Chemistry in 1911. But she’s just one of the better-known names.


Gerty Theresa Radnitz (Prague, 1896) was awarded in 1947 together with her husband, Carl Cori, with the Nobel Prize for Medicine “for his discovery of the mechanism of catalytic conversion of glycogen“. This award was a milestone, Gery Cori became the first woman to receive a Nobel Prize in Physiology or Medicine and the first American woman to receive one in this discipline.

In his youth, Radnitz showed great interest in science and mathematics and decided to pursue medicine. Although women could enroll in the medical school of the Karl-Ferdinand University in Prague, in practice it was very difficult. During her pre-university years she had to acquire knowledge in mathematics, physics, chemistry and Latin five years in just two. In his college years he discovered his passion for biochemistry.

His dedication was even recognized by another Nobel laureate, Severo Ochoa. Her friend and colleague of hers described her at her funeral oration as “a person of great spiritual depth, modest, indulgent, generous and affectionate to the highest degree, and a lover of nature and art”. 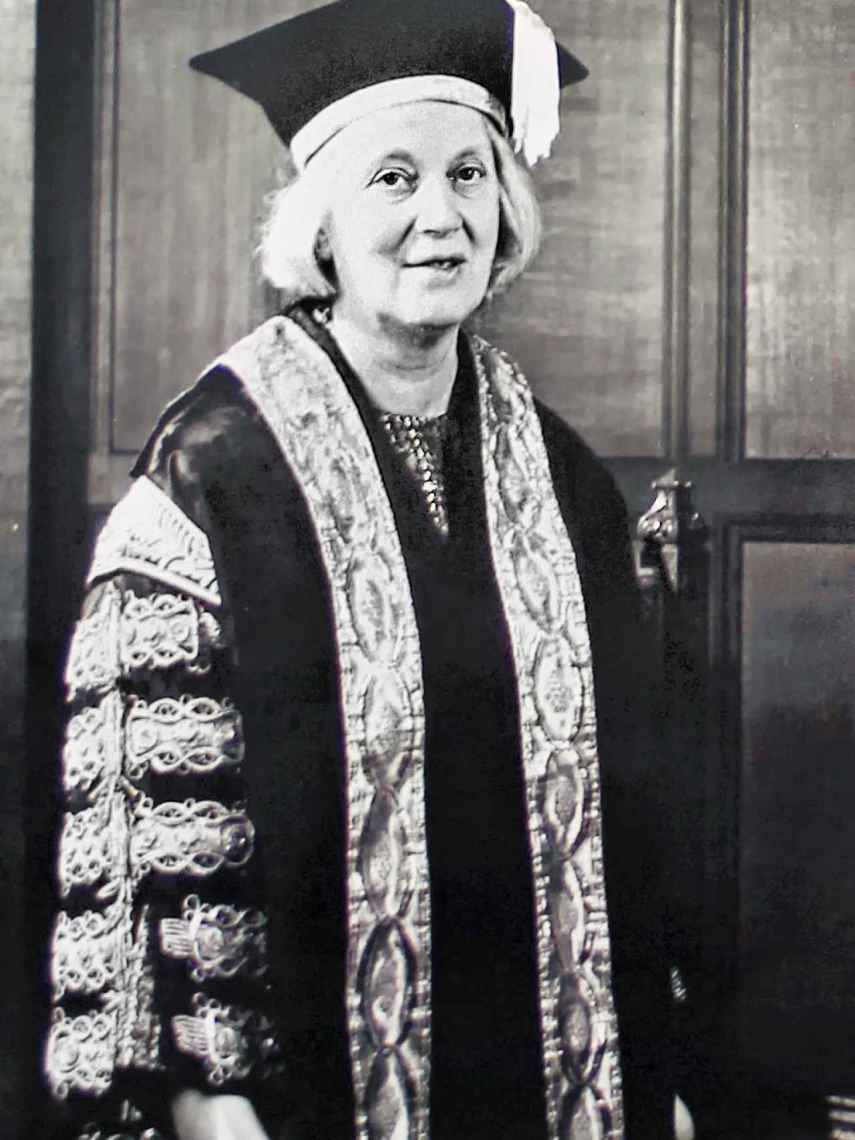 Dorothy Crowfoot Hodgkin (Cairo, 1910) is the only British Nobel laureate. At 54, she became the fifth woman and the first British to win the Nobel Prize for Science. In the fall of 1964, Crawfoot Hodgkin was awarded the Nobel Prize for Chemistry “for the determination of the structure of many biological substances using X-rays“. The English chemist also had the honor of receiving the award alone.

His interest in science, and especially in chemistry, began very early: at the age of 10 he was already carrying out simple experiments at home and at 16 he read the book The Nature of the Things of William H. Bragg and since then he leaned towards biology. In those years, women were waging a struggle against the “manliness” of higher education. Despite the limitations in scientific circles, Dorothy successfully completed her studies at Cambridge University (1928-1932).

Throughout his entire career, he faced the more complex biochemical problems, improved crystallographic techniques and managed to develop a repertoire of skills. He managed to reveal the three-dimensional structure of important biomolecules that organic chemists had not been able to decipher, such as cholesterol in 1937, penicillin in 1945, vitamin B12 in 1954, or insulin in 1969. 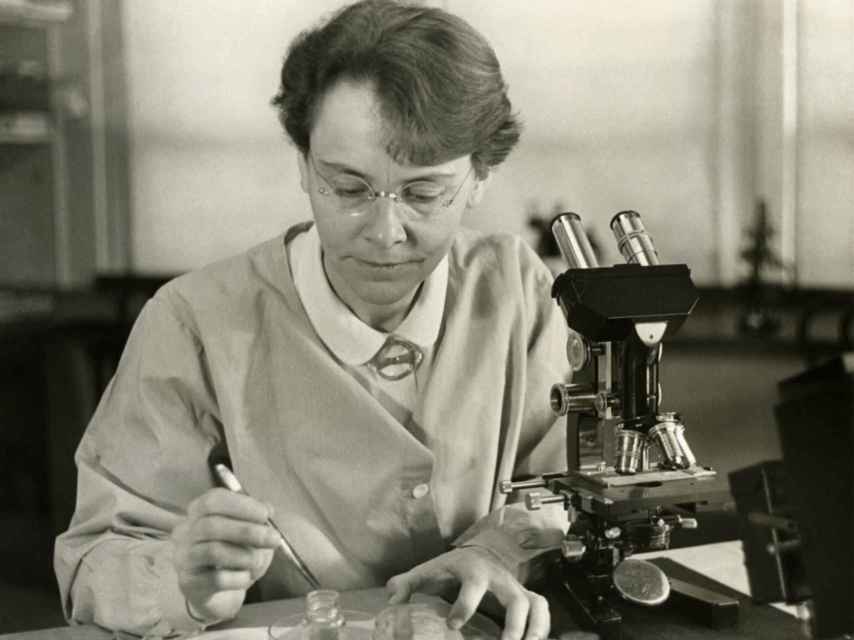 Barbara McClintock in her laboratory in 1947


Barbara McClintock (Hartford, 1902) She is known for being one of the best molecular geneticists in history. Her findings showed that genetic material is much more complex and flexible than was assumed in the 1950s, but her work went unnoticed until 1983, when she received the Nobel Prize in Medicine.”for his discovery of mobile genetic elements“.

At 81, this American became the seventh woman to receive a Nobel Prize in science. She discovered that the “mobile genetic elements” present in maize were capable of transmitting information through chromosomes. This was an important contribution to the deepening of the genetics and the hereditary processes. 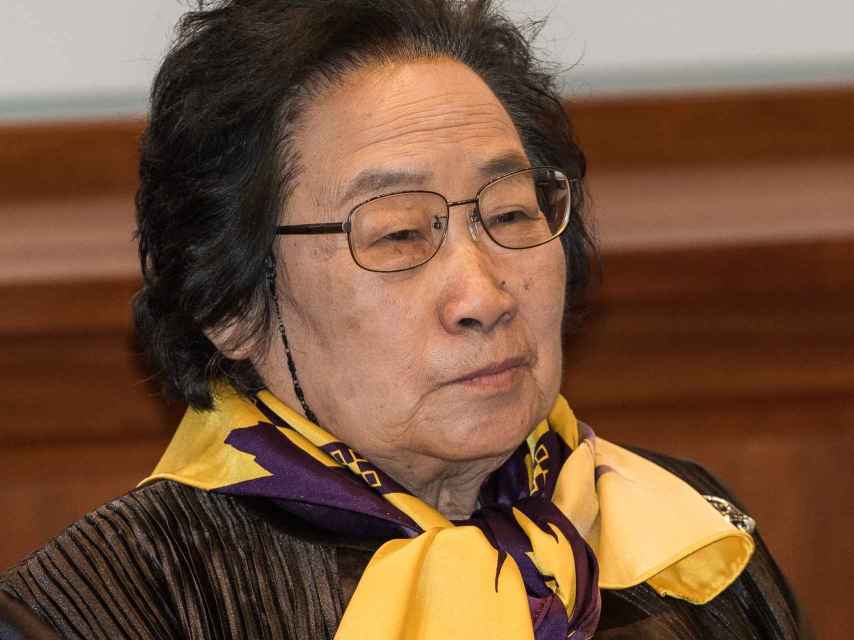 In the midst of the Chinese Cultural Revolution, he was entrusted to Youyou Tu (Nigbo, 1930) the difficult task of finding a treatment that could cure malaria. The investigation, initiated on May 23, 1967, was baptized as Mission 523. As a basis for his research, Youyou used traditional Chinese medicine texts to search for references and treatments.

By 1971, Youyou and his team had analyzed, following the scientific method and based on ancient texts, more than 2,000 recipes and 380 plant extracts. Of all the documents analyzed, they identified one substance, sweet wormwood (Artemisa annua), that proved effective in treating malaria, first in mice, then in animals, and finally in humans.

These results were published anonymously in 1977, and in 1981 Youyou presented it to the World Health Organization (WHO). In 2015 received the Nobel Prize for Physiology or Medicine “for their discoveries about a new malaria therapy“. This award was shared with William C. Campbell and Satoshi Ōmura, who conducted research on roundworm infections.

Andrea Ghez, awarded the 2020 #NobelPrize in Physics, was born in 1965 in the City of New York, USA.
She is a professor at @UCLALos Angeles, USA. https://t.co/I3XbnIwzYB pic.twitter.com/9dg1t2vAyL

The work of Andrea Mia Ghez (New York, 1965) is focused on the study of star-forming regions and Sagittarius A*, the massive hole in the center of the Milky Way. In 2020 received the Nobel Prize for Physicalshared with Roger Penrose and Reinhard Genzel, “for the discovery of a supermassive compact object in the center of our galaxy“. She is the fourth woman to be awarded the Nobel Prize for Physics.

For years, he has stood out in the field of astronomy. In 2004, the magazine Discover included her in the Top 20 scientists in the United States that “have demonstrated a high degree of understanding in their respective fields“. The same year she was elected by the United States National Academy of Sciences. 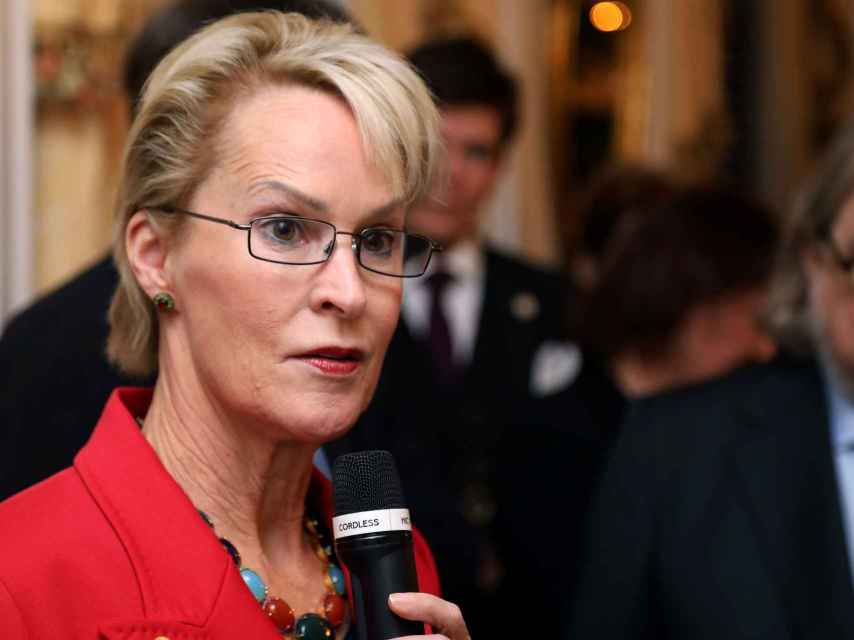 Frances Arnold (Pittsburgh, 1956) is a pioneer in directed evolution methods, a protein engineering method that compresses enzyme processes that would normally take days, weeks, and years to complete. This advance in bioengineering allows, for example, the development of new proteins that can be used in multiple areas, from medicine to fuels.

In 2016, it received the Millennium Technology Award for the development of directed evolution technology, of special importance for sustainable development. In this way, she became the first woman to receive this award. In 2018 she received the Nobel Prize for Chemistryalongside George P. Smith and Gregory Winter, “by directed (engineered) evolution of enzymes“. 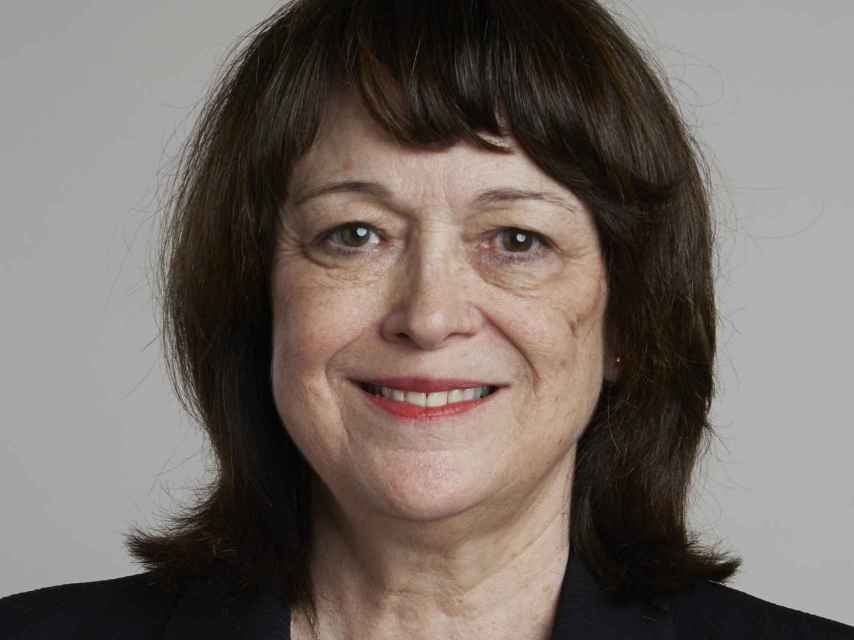 Linda Brown Buck (Seattle, 1947) is a renowned researcher in the field of science of sensory perception. In 2004 Together with Richard Axel, he received the Nobel Prize for Physiology or Medicine “for his discoveries of odorant receptors and the organization of the olfactory system“.

His social commitment initially inclined him to study psychology, but later, he opted for the biology, receiving a doctorate in immunology in 1980 from the University of Texas Southwestern Medical Center in Dallas. In 1991, she published for the first time with Axel their joint work on the identification of olfactory receptors.

Until the 1990s, when they presented their results, smell had been one of the least studied senses, and research focused mainly on analyzing hearing and vision. Buck and Axel revolutionized this field as they were the first to use the molecular methodology to determine the functioning of this sense. 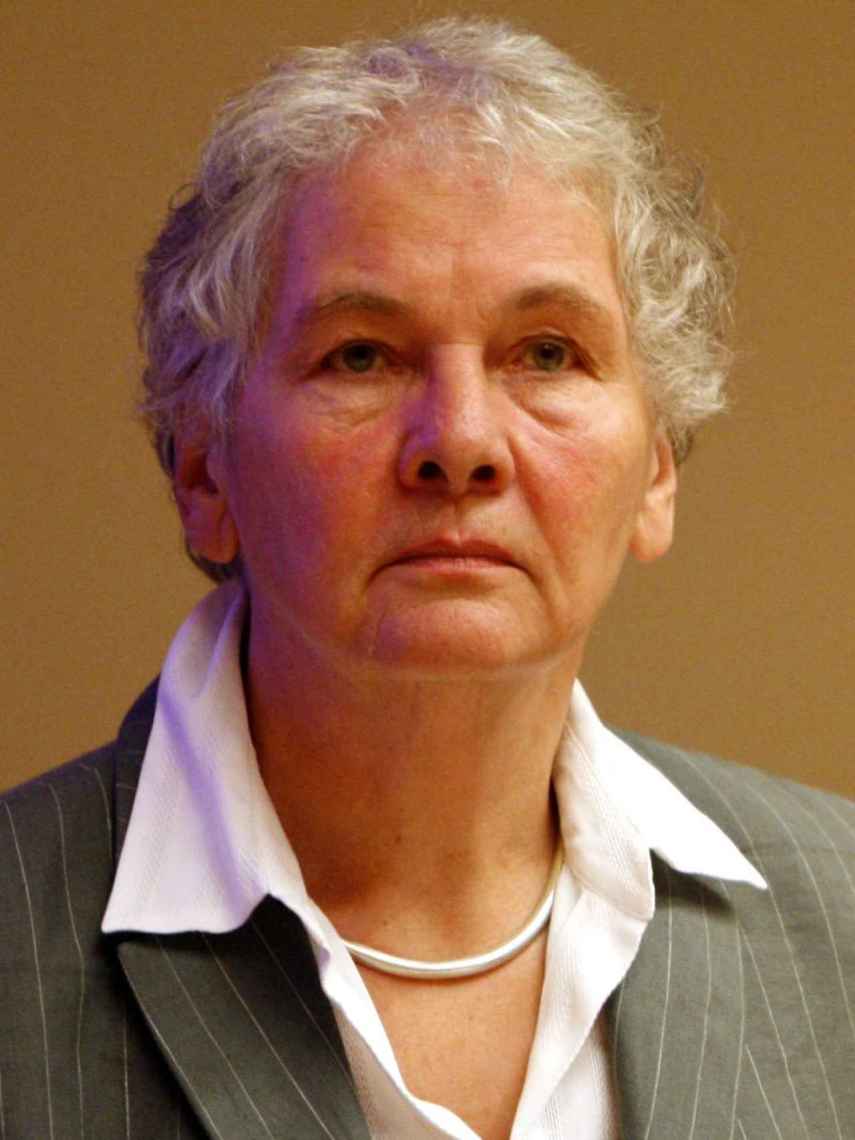 Christiane Nüsslein-Volhard (Magdeburg, 1942) He is a specialist in developmental biology. He was awarded the Nobel Prize for Physiology or Medicineshared with Eric F. Wieschaus and Edward B. Lewis,”for his discoveries concerning the genetic control of early stages of embryonic development“.

With her discoveries, this German has managed to demonstrate how a single cell becomes a complex creature, like a fly, a fish or a human being. At fifty-two, she became the tenth woman and the first from her country to receive a Nobel Prize in science. 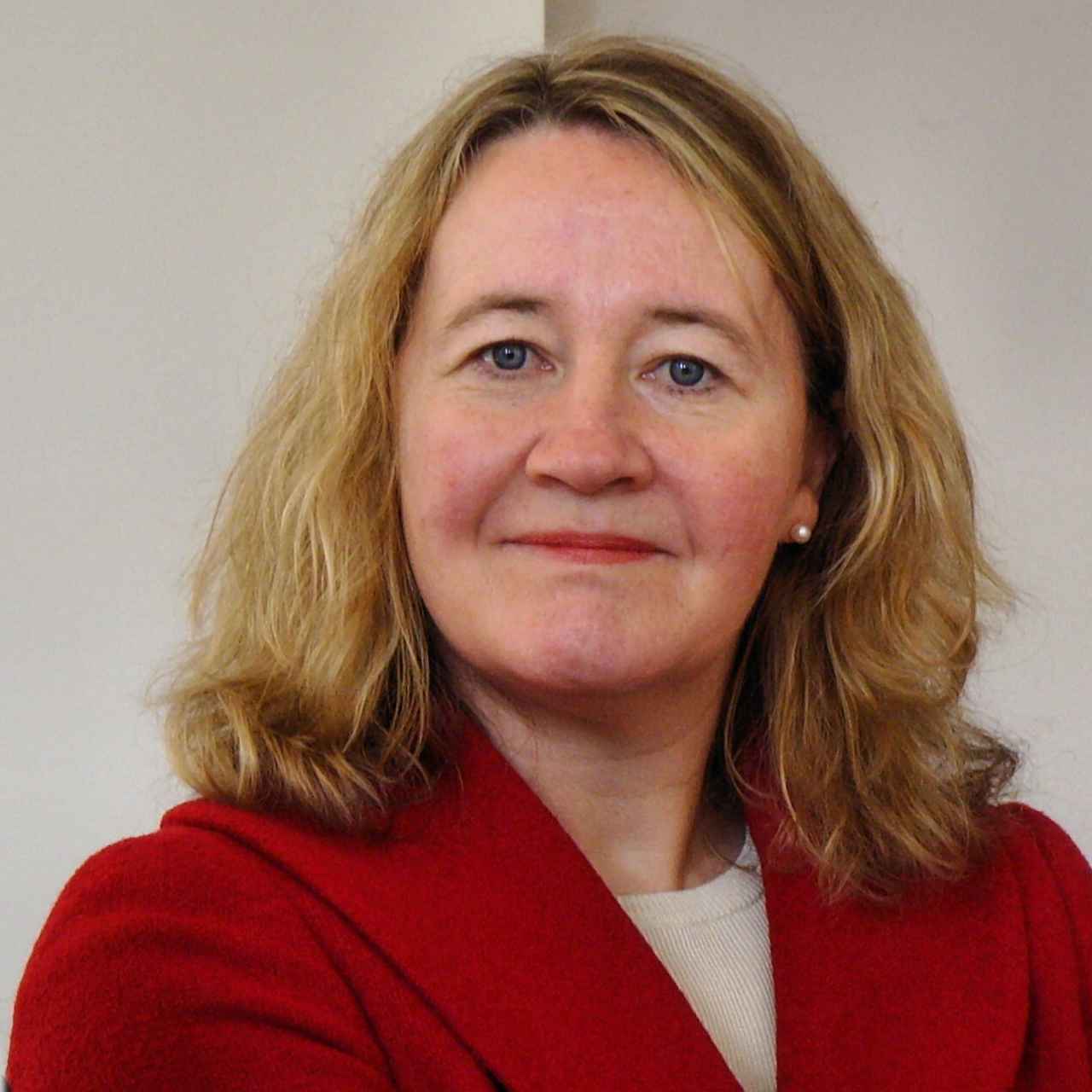 Carolyn Widney Greider (San Diego, 1961) received in 2009 the Nobel Prize in Physiology or Medicine together with Elizabeth Helen Blackburn and Jack W. Szostak, “for the discovery of the enzyme telomerase and how chromosomes are protected by telomeres”.

This discovery would make it possible to find substances capable of inhibiting the action of telomerase, which would help in the cancer treatment, as well as in the eradication of fungal infections that occur in immunosuppressed patients. She joined the Department of Molecular, Cellular and Developmental Biology at the University of California in October 2020. 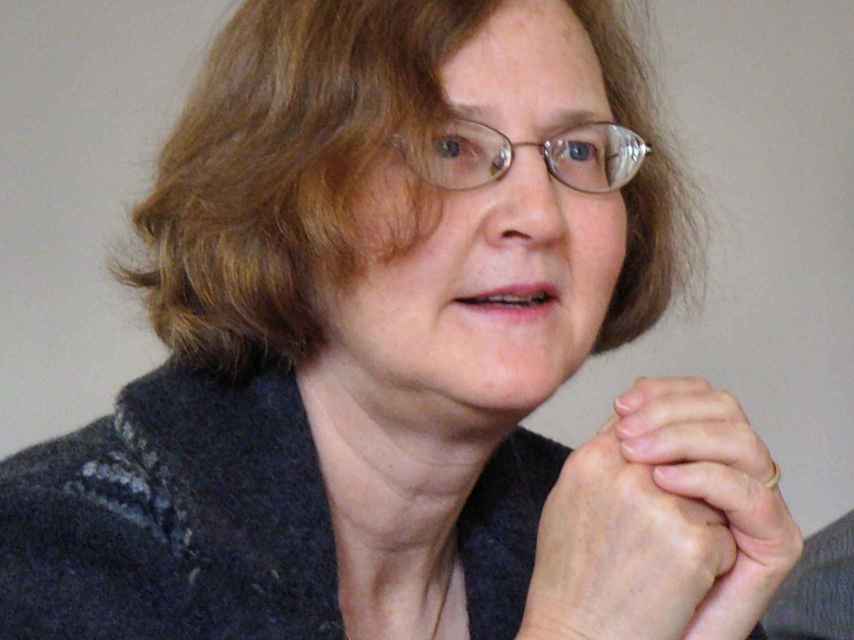 Elizabeth Helen Blackburn (Hobart, 1948) in a reference scientist in Molecular Biology for having led the discovery of telomerase. In 2009received, along with his colleagues Carol W. Greider and Jack W. Szostak, the Nobel Prize for Physiology or Medicine the discovery of this enzyme related to cellular aging processes and cancer. Telomerase protects chromosomes from wear and tear caused by cell division, but allows cancer cells to continually reproduce and invade new tissue.

In 2007, the magazine Time included this Australian in the list of the 100 most influential personalities in the world. The scientist is a member of the most prestigious scientific societies in the world, such as the American Society for Cell Biology, the Institute of Medicine of the United States and the Royal Society of London.

10 women who conquered science with their discoveries, and took home the Nobel