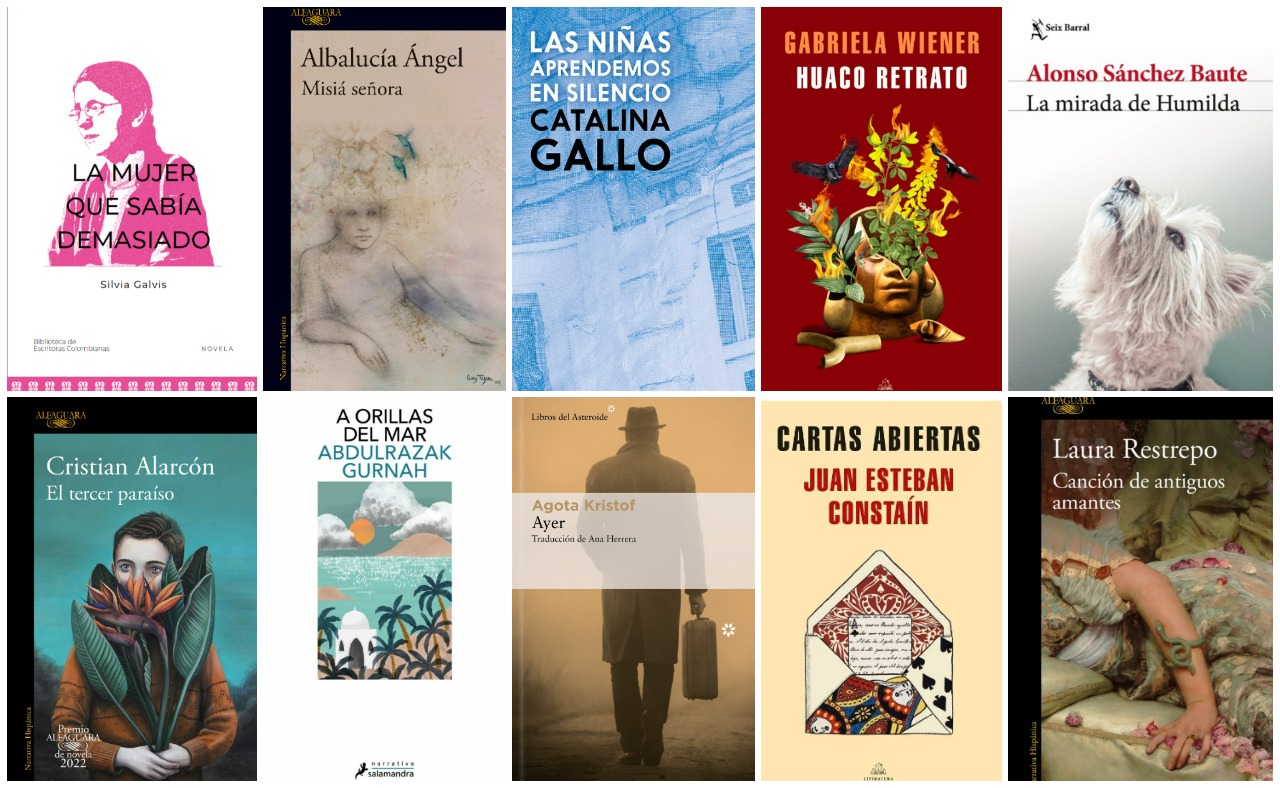 Stories of ancestors, family memories or impossible loves. These are some of the novels that are released or that arrive for the first time in the country within the framework of the Bogota Book Fair.

For Abdulrazak Gurnah, winner of the Nobel Prize for Literature in 2021, writing has been “valuable and absorbing”. After leaving her home in Africa to live in England, she decided that her lyrics would narrate the effects of colonialism, migration, uprooting and the great oppressions that are experienced in the world. After three novels her name took flight with Paradise (1994) and years later came Seaside, originally published in 2001 and now translated into Spanish. A moving story where two men share their memories of exile, love, betrayal and disappointment.

The truth about the truth

In life, everyone thinks they know the truth, even if it is lies. The versions of the events are endless, and Dago García, one of the best-known screenwriters, filmmakers and producers in the country, is clear on that. In his first novel, a police officer, a journalist, a pastor and a presidential candidate undertake a search to understand the reasons for the strange disappearance of a plane that was flying from Bogotá to Medellín. An thriller about a mystery that nobody understands, but in which the truths are discovered thanks to the lies.

Laura Restrepo spent seven years writing this novel that she will launch during FilBo. Although it is a work of fiction, the story is based on the trips she made with Doctors Without Borders through Yemen, Ethiopia and the territories of the Somali migration: a place inhabited by the Queen of Sheba and whose myth is also part of the story. In an interview with Time the author defined her book as “a story of love and survival in the midst of realities about to collapse”. A journey through biblical memories, of cruelty, solidarity, love and war.

In Vietnam, the word ’em’ is used to express tenderness to little ones. However, the author of this book, a native of the Asian country, prefers to think that the word ’em’ “It is the homonym of the imperative of the verb to love in French: aime. Em. Aime. love”. This idea becomes the shelter of this book, which through short chapters explains the tragedy of the Vietnamese people in the midst of war. With archives and first-hand testimonies, Thúy weaves reflections on history and identity with the individual destinies of those who survived the suffering of the conflict.

The first fiction book by the Chilean-Argentine journalist received the 2022 Alfaguara Novel Prize. “Set in various places in Chile and Argentina, the protagonist reconstructs the history of his ancestors, while delving into his passion for cultivating a garden, in search of a personal paradise”said the jury.

Mr Wilder and I

While Calista, the protagonist of this story, sees how her daughters make their own way, she remembers how she did it in 1976. This novel deals with the uncertainties of youth and adulthood. A nostalgic and timeless text, with which she becomes a Jonathan Coe charged with sensitivity.

Winner of the Bogotá City National Novel Award, Mother It is a risky novel: because of its form, its detail and the way it deals with the life of a mother and daughter in search of freedom. A work full of passages where the reader accompanies the lives of the protagonists.

How much can a pet change a person’s life? With a voice as solid as it is sad, this book is the portrait of a friendship between two beings who observe each other, support each other, love each other and one day, as happens in everyone’s life, they must say goodbye after 12 years of infinite loyalty.

The fragments that make up this book recount the discoveries of childhood: the first time the author learned about friendship, beauty, being a woman, fears and secrets. With grace and sharpness, the narration approaches the different moments of initiation of a girl in the adult world.

As if it were a personal encyclopedia, the renowned Norwegian writer Karl Ove Knausgård brings together in four books his autobiographical reflections on happiness, freedom, pain and other topics typical of the human journey. Intimate texts of the seasons of life addressed to his daughter.

Goodbye to the sea of ​​exile

The title of this book makes the reader break down each word to understand the story in which he will be immersed. The writer pays homage to the memory of her Italian ancestors and fuses it with nostalgia for the distant homeland and uprooting: memories that feel alive on every page.

“I am aware that I am trying to build something with stolen fragments of an incomplete story”, says in her book Gabriela Wiener, the Peruvian writer who champions autofiction. Her father’s death and her family connection mark Wiener’s return with a memorable exploration of the past.

Exile, work in a watch factory and writing are three coincidences that unite the protagonist of this book with the Hungarian writer. Written in 1995 and published in Spanish at the end of 2021, this novel tells of a loving bond between two lovers who challenge fate.

They say that the disappearance is like a kind of death in life and this is known by Ferrán Alejandro Amador, who for 20 years has searched for the remains of his twin brother. The writer uses a fictional character to represent the hundreds of families still awaiting the return of their loved one.

After the success of The man who wasn’t Thursdaythe renowned journalist and writer returns to the novel with a story that, according to what he told Criterion, “it has a veneer of surrealism, inspired by reality to the point that all the images that illustrate the book are real”.

Before the sea closes the roads

In this novel, Andrea Mejía portrays the lives of two characters who, in the midst of a duel, walk their strange path towards liberation from suffering through love and renunciation. The author demonstrates once again the magical relationship between emotions and nature thanks to her poetic narrative.

A dancer in battle

Hélia Correia won the Novel and Romance Award from the Portuguese Association of Writers in 2019 with this book. Now, a work that reflects on the myth of the promised land is being translated into Spanish. A poetic story about the survival of refugees and the desire to preserve traditions.

Albalú is a writer ahead of her time. She was when she left her house in Pereira to study in Bogotá and when she wrote this novel that explores sexuality, feminism and women’s rights. Published in 1982 and reissued by Alfaguara, this novel is here to join current gender discussions.

The woman who knew too much

Silvia Galvis’s literary work is loaded with real events of Colombian politics. The journalistic investigations of her were the inspiration for her books. In this police novel (censored on other occasions) the author exposes the drug trafficking scandals among the elites of the 1990s.

With hundreds of literary awards worldwide, the renowned Spanish author culminates his police trilogy with this novel in which he picks up the thread of his previous books: Terra Alta (Planet Award 2019) and Independence. Three novels declared as the “most ambitious literary project” of fences.

Originally published in 1983, this novel reconstructs the life of Manuel Saturio Valencia, the last man sentenced to death in the country. The author carried out an intense search to tell this story that denounces the racism and injustice that existed in Quibdó at the end of the 19th century.

As if it were a challenge against time, the British author wrote four novels between 2016 and 2020 to be published in the season of each title: autumn, winter, spring, summer. Each part shows a vision of culture creating a particular and innovative literary universe.