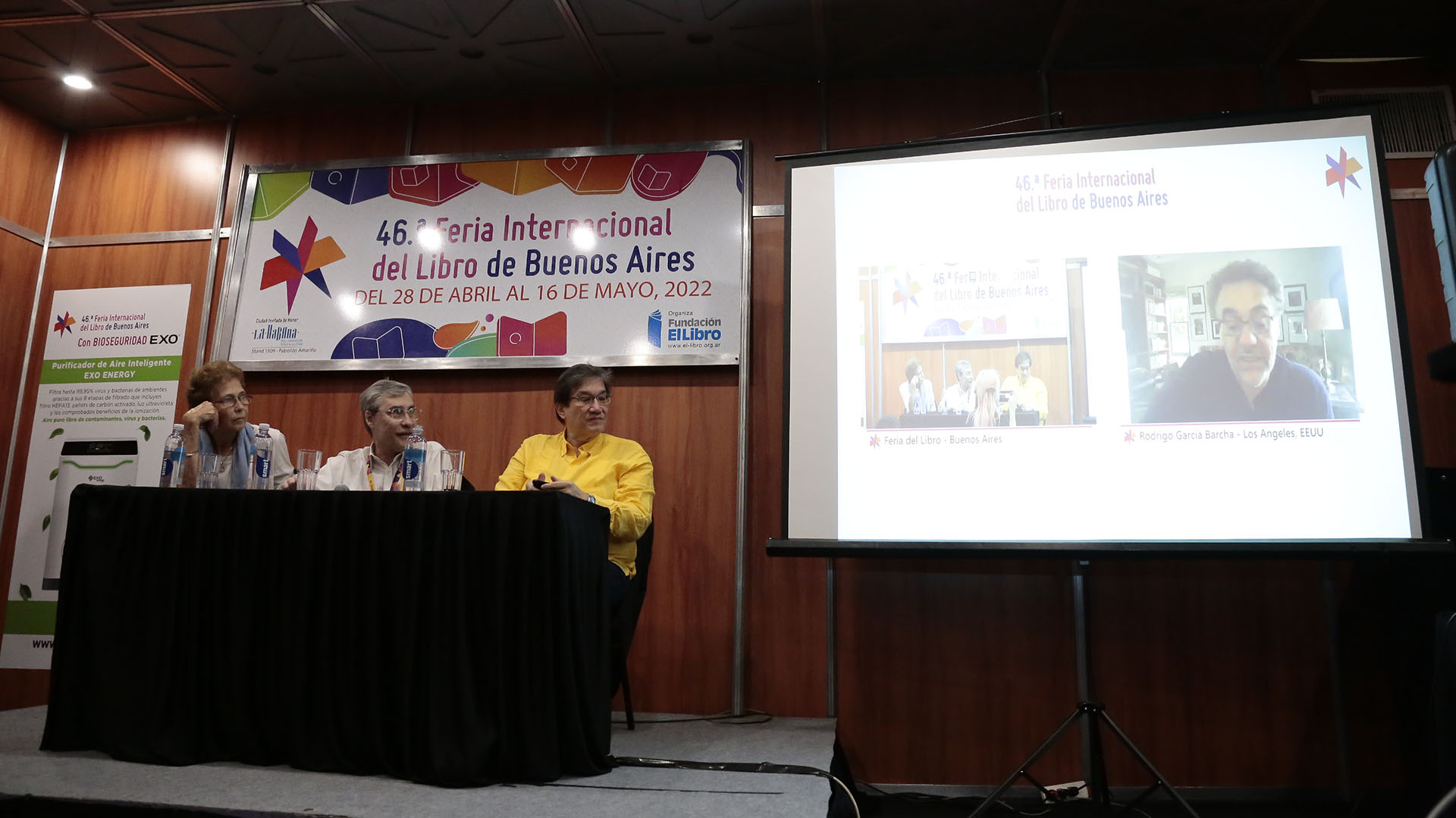 “We’re home,” he says. Ezekiel Martinezdirector of the The Book Foundation but, this time, his role is different. She speaks and moderates in the Tribute to Gabo. 40 years after the award of the Nobel Prize for Literature to Gabriel Garcia Marquez, and the affection and warmth that bring him especially close to the work of the Colombian writer, emerges. That relationship that he was able to build through his father, the great Argentine author Tomas Eloy Martinez makes sense when talking about his “Uncle Gabriel” at the 46th Edition of the Buenos Aires International Book Fair.

How was it to receive the news of the award given by the Swedish academy? What happened that day in the privacy of the house? What happened in the publishing house that bet like never before on its books? And in Colombia? The importance of Buenos Aires, why he never returned, journalism workshops and the broken dream of founding a newspaper were some of the topics of the meeting.

The film director and eldest son of the famous writer talked about this, Rodrigo Garcia Barcha -who participated via streaming from his home in Los Angeles-; Gloria Rodriguez, responsible for the first edition -in Argentina and the world- of One hundred years of solitude, in 1967, and of all his work; Y Jaime Abello BanfiCEO of the Gabo Foundationwho wears a yellow shirt as a gesture: reminiscent of the famous yellow butterflies, one of the most representative symbols of the work of Gabriel García Márquez. A kind of evocation and a wink to the reader and to the rebellious love between Renata Remedios Buendía and Mauricio Babilonia and the fundamental role of the insects that constantly flutter, as if by magic. 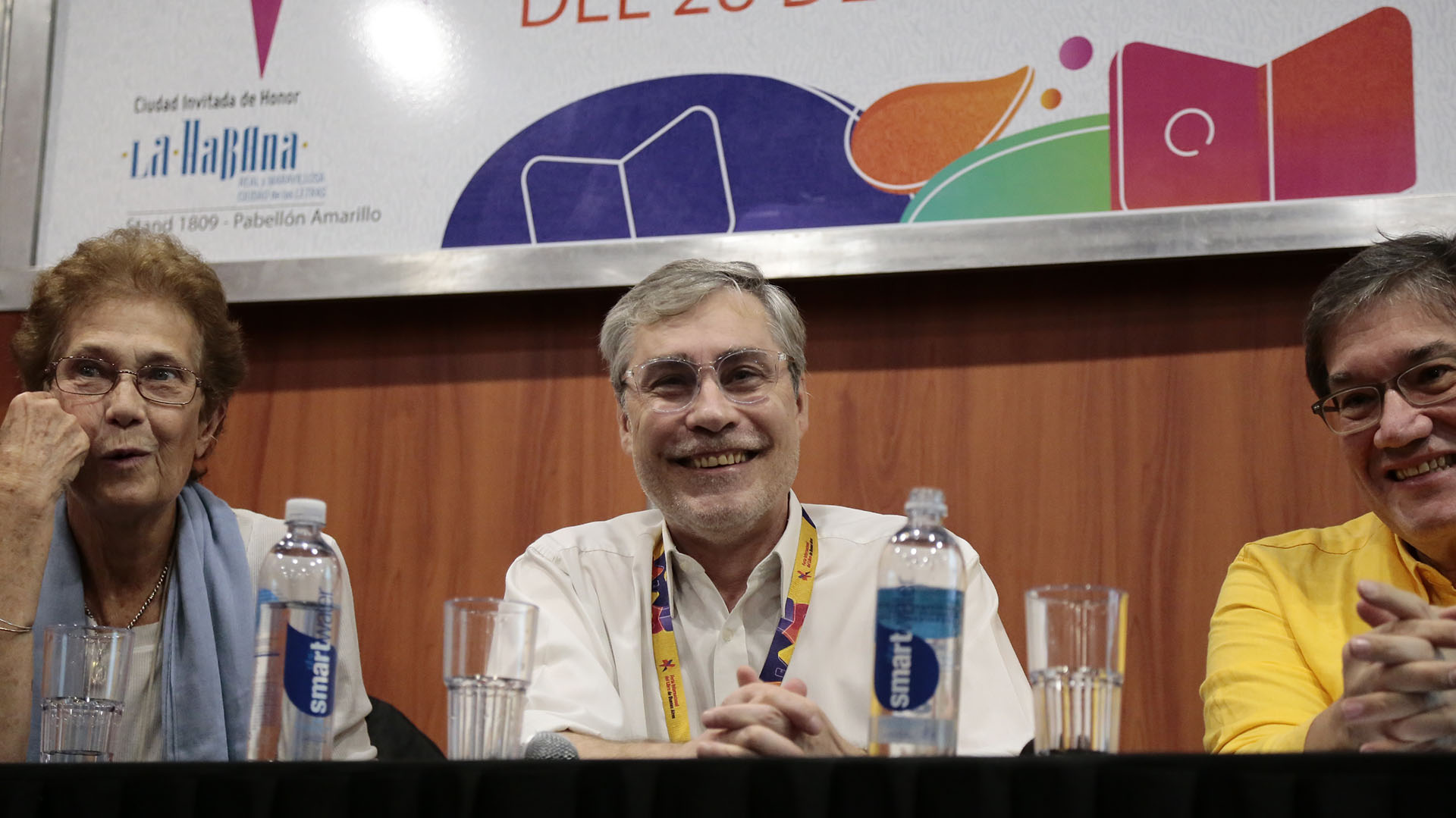 “Of the winners of the Nobel Prize, García Márquez is the most popular worldwide, not only because of the number of readers but because he was a charismatic figure, super followed, ”says Martínez, minutes after 4:30 p.m. in the Alejandra Pizarnik room and the anecdotes and memories fill the place . “It was an incredible emotion when we found out about the Nobel Prize and we were not surprised because it seemed more than deserved”acknowledges Rodrigué and is the first to speak.

Rodrigué begins by recounting details of the editorial production of Sudamericana, after hearing the news of the Nobel Prize for Literature: “At that time we did not know what to do because we had to reissue everything because what we had was not enough and, for the first time in history, we made 50,000 copies of One hundred years of solitudefrom Love in the time of cholerafrom Tales of a castaway and of A Chronicle of a Death Foretold. And 20,000 copies of all other books. We had 10 or 12 titles and we had taken over all the workshops in Buenos Aires. It was an incredible thing.” Exorbitant print runs for the famous butterflies to fly around the world.

The famous editor tells how does it get published for the first time One hundred years of solitude, one of the most celebrated Colombian novels: “He was a totally unknown author, but our publisher, Paco Porruawho had read it for the first time, was so convinced of its success that he convinced my grandfather, who was a very strict Catalan, and we made 8,000 copies”. “From the first minute his books were sold out flying. It was an incredible thing”, he continues and clarifies: “the exit of the Nobel Prize reinforced what had always happened”. 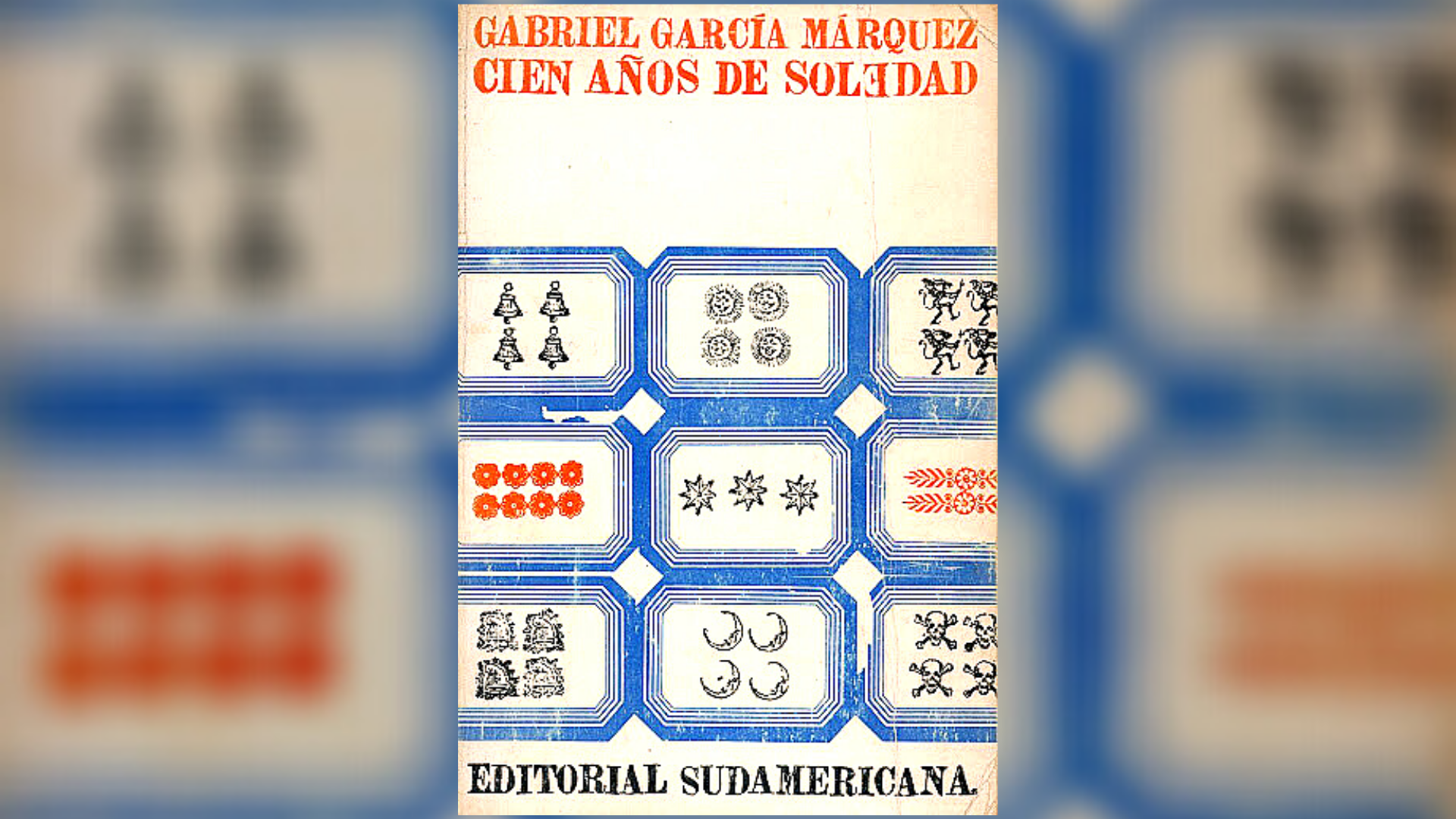 It’s the turn of Rodrigo Garcia Barcha and becomes responsible for providing a more intimate tone. The film director, -he is also the director of the series Saint Avoid, based on the homonymous novel by Thomas Eloy Martinezwhich was shot in Buenos Aires in mid-2021 and will be released soon- and García Márquez’s eldest son remembers that the Nobel Prize he generated a contradiction to his father. He knew that the great teachers of him, like Hemingway Y Faulknerthey had received it, but he also knew that others deserved it and it had not happened.

Rodrigo allows us to know the scene in which the referent of the magical realism becomes aware of the award: “The award was announced very early in the morning, but he was called the night before“, bill. Later, “they made him swear and perjure not to tell anyone but he told me and Gonzalo”he adds and points out that in the house they were Gabriel Garcia Marquez and Mercedes Barcha, his mother, “going crazy”. Their parents decide, then, to go to the house of Alvaro and Carmen Mutis, exploding to say the least. “When they entered, continue,” my mother said to Mutis, I don’t know if it was the word ‘Nobel’ or ‘Gabo Nobel’ and he almost fainted and the four silently celebrated”, she says. 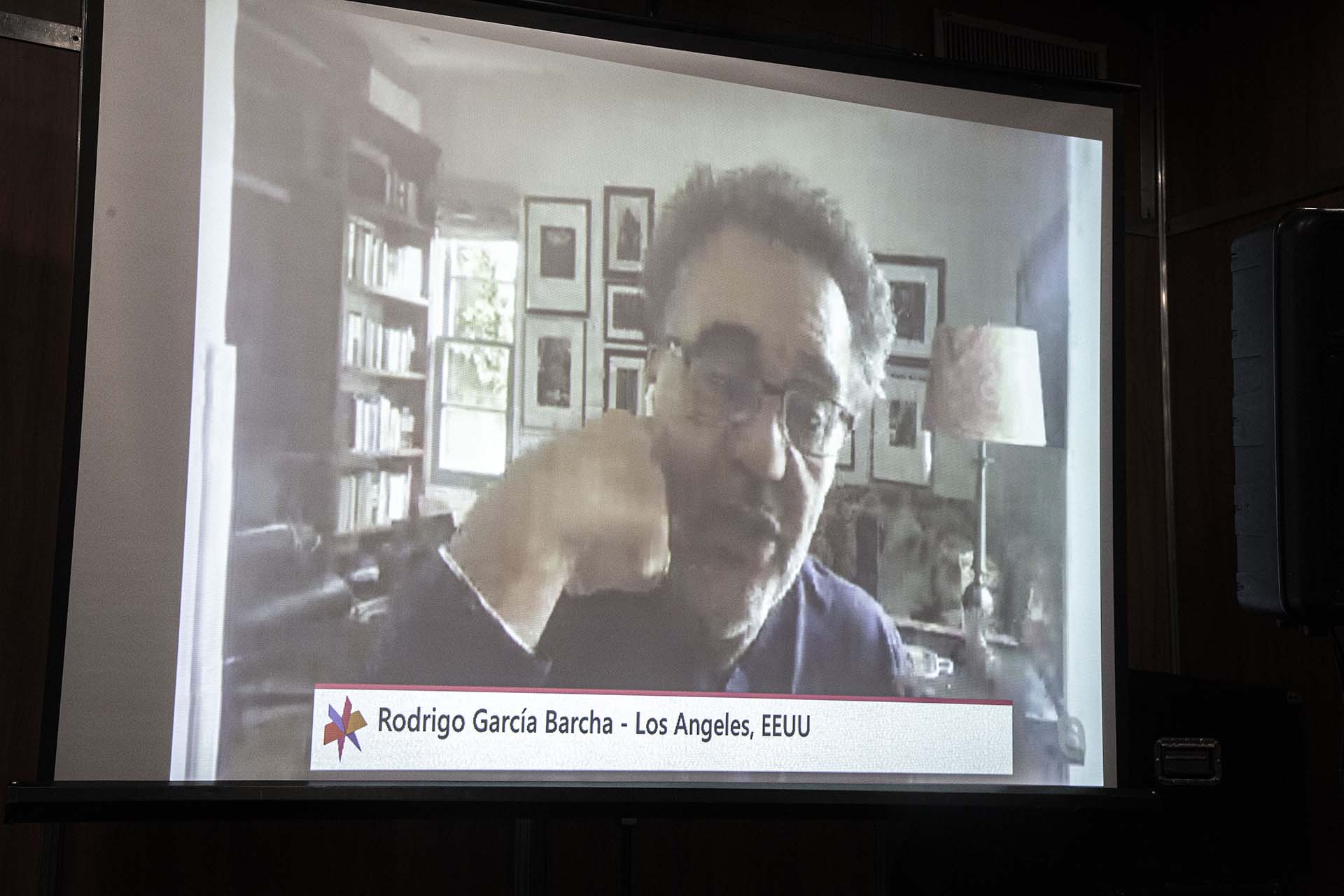 The picture is completed the next day, when Rodrigo takes the emblematic photo of his parents in a robe, in the garden of the house in Mexico City -which also illustrated the cover of his book Gabo and Mercedes, a farewell-. “It all seemed a little bit unbelievable and he was kind of both delighted and terrified and proud and humble, all mixed up with a writer’s own neurosis,” he recounts.

Journalists, readers, neighbours, the telephone that never stops ringing in one’s own house and that of the neighbors, and the frenzy of that morning guide García Barcha’s account. 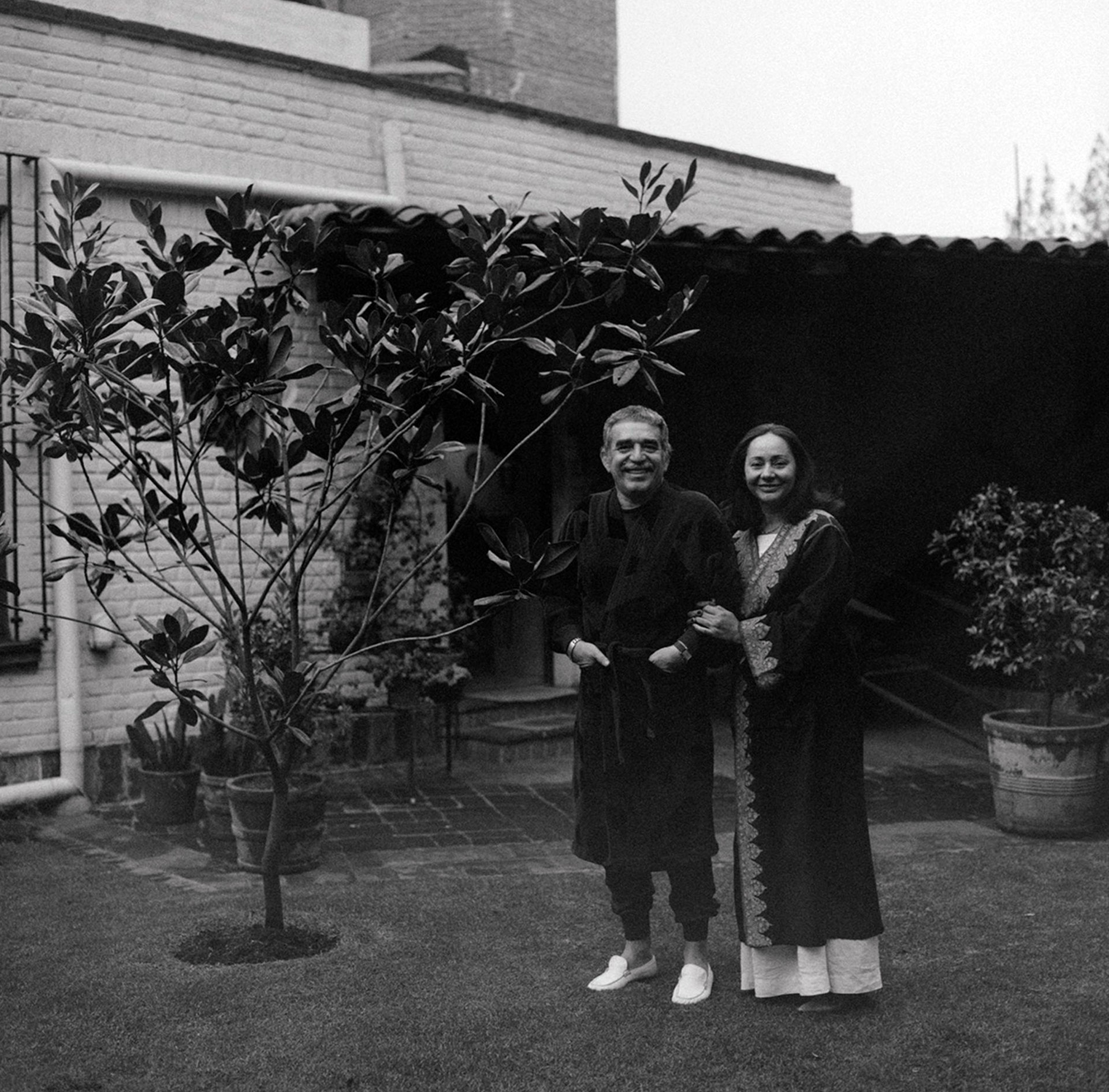 Then it’s the turn of Jaime Abello Banfigeneral director of the Gabo Foundation for 27 years, who recalls García Márquez’s exile and the special feeling that the writer felt for Buenos Aires: “This celebration here is very important because Gabo, when he received the Nobel Prize 40 years ago, was already very famous and his fame began in this city and when fame descended on him and never left him again.” On this, García Barcha believes that “the return is difficult, like the return to childhood” and continues: “there was a side of Gabo that did not want to return to stir up the past and see his own ghosts”.

The first-hand testimony continues in the voice of his eldest son: “Knowing him, I knew that his return to Argentina was going to be extraordinarily social, possibly even massive and then he would have a little stage fright,” he assumes.

Abello Banfi It also highlights a characteristic side of the Colombian writer. Why hadn’t he returned to Buenos Aires, that city that was so important to him? According to the person in charge of keeping García Márquez’s legacy alive, “I was so superstitious who said that if he returned to the same place where fame had fallen on him, right there he was going to escape or he was going to go.” But he also clarifies that Gabo was already famous in Barranquilla, for his journalistic work and the award “was a great source of pride and represented world consecration”, although, “also exacerbated the spirits of some enemies”. 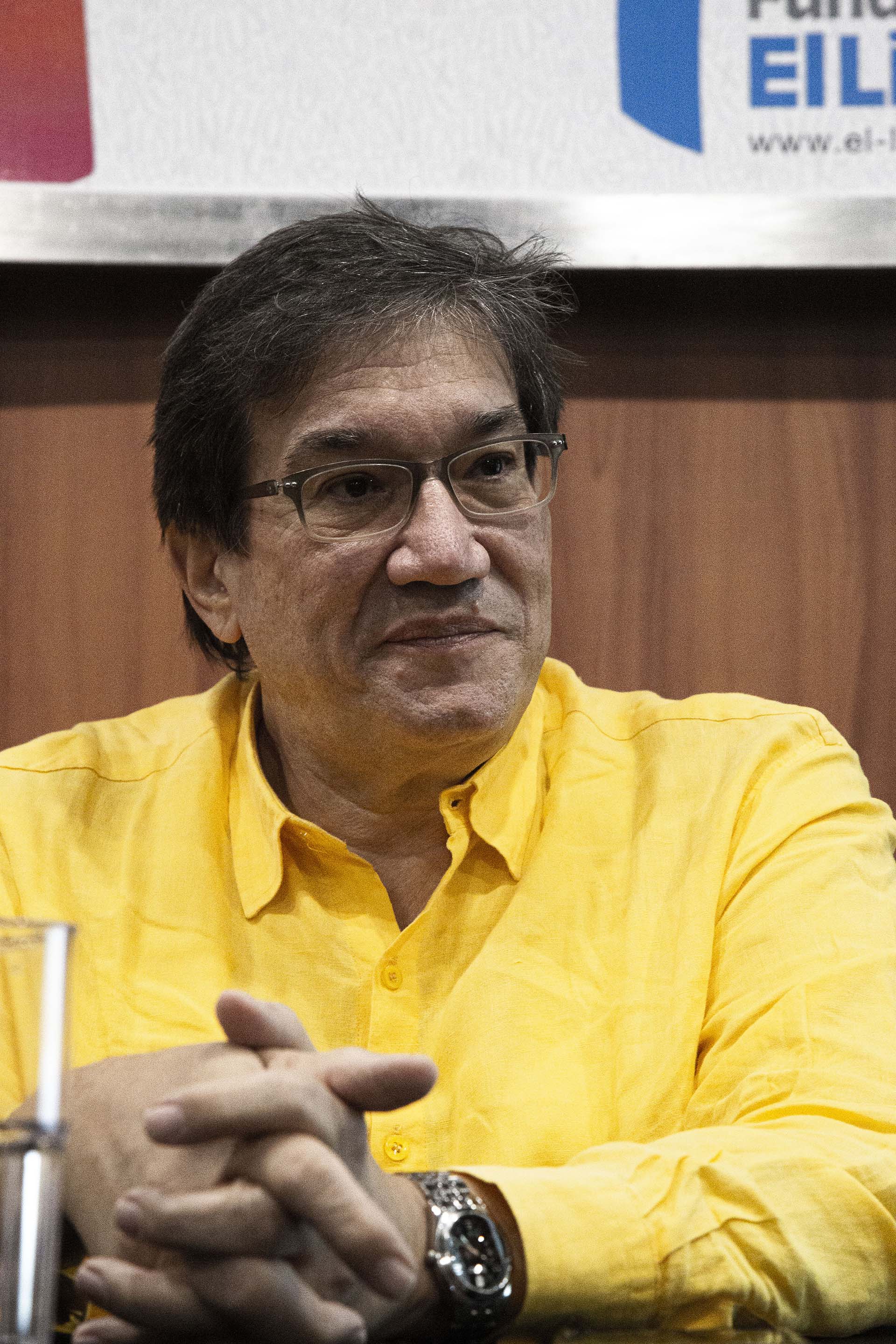 “All his life,” says Abello Banfi, “he had an unhealthy obsession with making a newspaper, and it turns out it’s one of the few things he never managed to do.” He said: “I want us to make the best newspaper in the world a completely accurate newspaper”.

Although it could not be, what he does achieve is to dictate memorable journalism workshops, the germ of the Gabo Foundation, resorting to unusual tools, such as calling a police drawing expert or covering police cases. If there was any Argentine, “the relationship with them was very special.”

“He was so superstitious that he said that if he went back to the same place where fame had fallen on him, right there it would escape him” Jaime Abello

“García Márquez had gone on a literary strike in the 1970s after publishing autumn the patriarch, as a result of the assassination of Salvador Allende and the coup in Chile”

Between the memories of film talks and scripts, the literary strike following the Allende assassination, the participants of the tribute to Gabo tell which is the work they like the most and there is unanimity: One hundred years of solitude despite the fact that García Márquez himself did not want to be remembered by her. Love in times of cholera also receives praise.

And the applause merges with the fluttering of the yellow butterflies and the talk ends.

Between the strictly literary and the fear of disappearing: can writers be militants?
It has not yet arrived and has already caused controversy: the keys of Mario Vargas Llosa, “the last of an extinct species”

40 years later: how the Nobel Prize fell in the house of Gabriel García Márquez and what the Colombian felt about having it