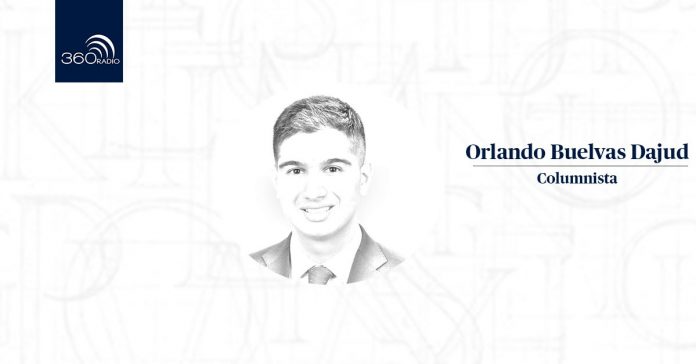 “Gabo” was born in Aracataca, a municipality in the Colombian Magdalena that suffered the inclemencies of the United Fruit Company and later fell into oblivion that still distresses him.…»

4 long decades have passed since Gabriel García Márquez was recognized by the Swedish Academy with the Nobel Prize for Literature. In 1982 Stockholm danced to the rhythm of the coastal tradition, with long skirts and short steps; a small man from Aracataca snatched a stretch of glory, to be remembered as the great writer of his time.

“Gabo” was born in Aracataca, a municipality in the Colombian Magdalena that suffered the inclemencies of the United Fruit Company and later fell into oblivion that still distresses him. Gabo’s date of birth is uncertain, he went so far as to say in an interview that not even he felt in a position to state for sure the exact date of his birth.

His youth was not resolved by any means. His mother, Luisa Santiaga Márquez, the favorite daughter of the well-to-do family of the town, fell into the love entanglements of the telegraph operator, with the appearance of a minstrel, Gabriel Eligio García. They married against the will of the Márquez family between escapes and challenges to fate that would later be immortalized in the novel: Love in the Time of Cholera.

According to the writer’s memoirs, a brother was born in his house every year, which complicated the family situation, which had fewer resources every day. In his mother, he found great admiration for the female figure, going so far as to mention that “(…) my conviction can also come from there that they are the ones who sustain the world, while men mess it up with our historical brutality.”

Another of the people who inspired his stories was his grandfather, Colonel Nicolás Ricardo Márquez, a man of wide significance who ended up being mayor of his native town. He was a simple man, who when asked why he always occupied the third car of the train, instead of going in the preferential ones, he answered “because there is no fourth”.

He was a parrandero without equal. Women and tobacco were his vices. It is said that more than once he was on the verge of dying due to his bad habit of waking up in the bed of other people’s marriages, arousing the hatred of husbands who, when they were able to kill him, spared his life because of the good reputation that his father came to cultivate in the village. The person in charge of judging this bull with disparate emotions was Mercedes Barcha, the woman Gabo loved to never stop loving.

Gabo, in view of the hazards of life, decides to continue his studies away from the Caribbean coast, in Bogotá. The journey was not the most pleasant, but between partying and partying on the previously passable Magdalena River, he arrived in the capital with the aspiration of winning a scholarship to study at the Colegio Mayor de San Bartolomé.

He presented the exam of a recent scholarship contest within the facilities of the same institution to which he aspired to enter. Days later, when talking to an official about his objectives, he commented on his intentions to enter San Bartolomé, but the response he received was more of a sentence: “All these are letters from heavyweights who recommend children, relatives and friends to schools here. . If you allow me to help you, what is best for you is the Zipaquirá National High School”. So it was.

In Zipaquirá he gained fame as a poet, more than once he shook the directives with his disdain and his dazzling ideas. Time passed and he made great friends who accompanied him throughout his days. However, at the end of this educational period, he faced a constant doubt that would accompany him for several years: he did not know what to do with his life.

Time, and the will of his father, placed him in the law school of the National University of Colombia, but it was another commandment of fate when he almost accidentally wrote a story to later send it to El Espectador. That would change everything.

Nine months after graduating his first story would be published: “The Third Resignation”, but everything turned upside down when the most important Colombian literary critic, Eduardo Zalamea, or Ulises as he called himself in honor of the work of James Joyce, he dedicated a few words to García Márquez’s story, praising his literary work. Years later, they would meet again in person at the facilities of El Espectador under the magnifying glass of Guillermo Cano, a man without equal who came to have the best writers of the moment in his ranks.

Gabo would return to the coast due to the inclemencies of the Bogotazo, to Cartagena, a place where “the vendors of fried foods knew who the next governor would be before the President of the Republic came up with it in Bogotá.” There he would meet some colleagues from the legendary Grupo de Barranquilla, which alone deserves at least one more article, igniting his interest in literature.

Gabo was one and he was many. His life was a roulette wheel where luck did not seem to forgive him any debt, but his imagination, love for books and admirable persistence led him to carry out an unprecedented work. He never finished a university degree, he lost some law courses in search of his dream as a writer, he knew hunger, he had spelling conflicts throughout his life, but his desires were always his north, until he became, not only the great Colombian writer, if not, in one of those who best danced with the Spanish language.

Do you want to contribute to the expansion and consolidation of 360 radio?

I want to help