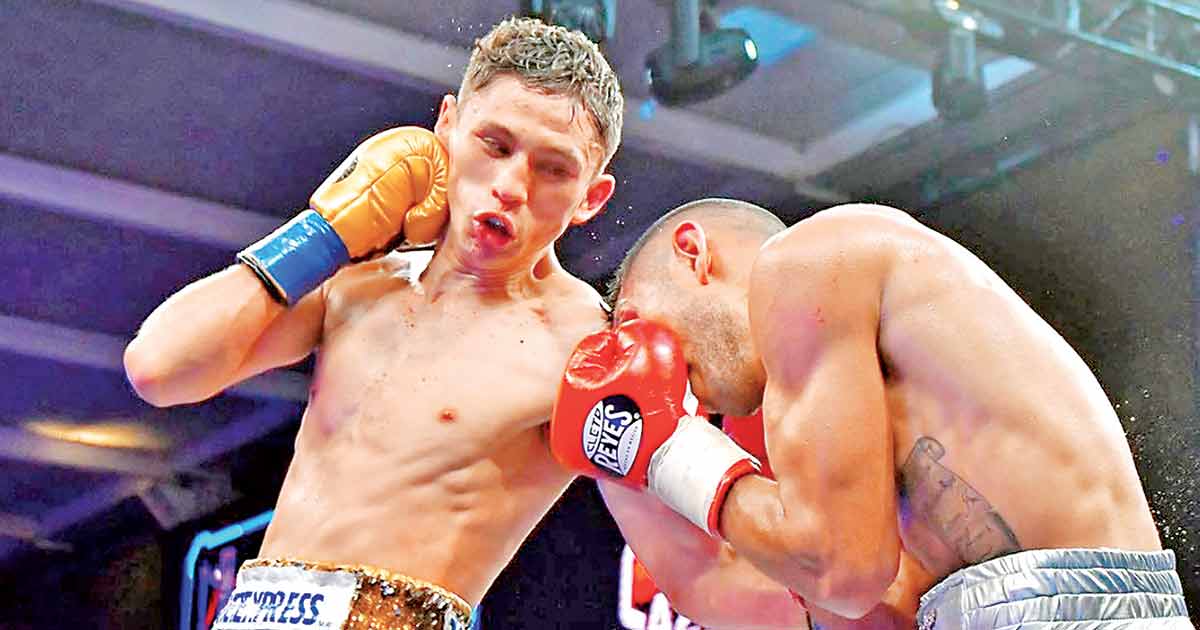 David King Picasso found his favorite landscape in the stars. He decided to study neuroscience and physics at UNAM and combine it with boxing. Now his time is divided into two contrasting worlds, in one, he takes his feet off the ground and in the other he maintains his mentality and a cool head so as not to lower his arms. The world title of the World Boxing Council (WBC) and the Nobel Prize are two goals that he aspires to have in each hand.

Outer space and its study have always been an important part of the thoughts of the now Super Bantamweight boxer. King Picasso spoke with Excelsior about his testing process at NASA and his desire to succeed in the two disciplines that keep him up at night.

I had the idea as a boy that the moon followed me and so I fell in love with outer space. I dream of going to the moon, as I progressed in school I liked it more and now I am studying neuroscience, in addition, I studied physics. I combine it very well with boxing, because it helped me get out of that hyperactivity and I was able to channel my energy into it. Both are my passions, I will always fight and work for them because I have a very clear image in my head: I want to have a world championship in one hand and a Nobel Prize in the other, if I continue working as I am doing, I will achieve,” assured the 21-year-old fighter, who will be on the first card of the year when tomorrow he faces Peruvian César Ignacio Paredes in Tijuana, in a Super Bantamweight fight scheduled for 10 rounds.

I was in a NASA selection process in 2016, but I was studying high school at the time and at the same time, I was beginning my career as a professional boxer. They put out a call in which I signed up, since I was little I wanted to be an astronaut and the possibility opened up. I applied, I had progress in the processes and I managed to go, but I made the decision not to continue because of the school and the expenses that were heavy”, he explained.

With Hispanic origins in his blood, thanks to his great-grandfather, from whom the last name Picasso comes, at 21 years of age, ideas do not stop coming to the boxer’s head, which he idealizes with the intention of undertaking the creation of a school or science and technology company in Mexico, similar to NASA.

With 19 wins as a professional, Mexican David Picasso is also studying neuroscience and physics at the National University.

I have Spanish roots, but I love my country and I know that if we get into the space industry we will achieve great things. why not do something similar to NASA but in Mexico? It is a dream that I want to make and achieve for the country. One of my plans is to have a science and technology school or company to promote the talent of our country. I admire Carl Sagan and because of him I like neurosciences, Albert Einstein and Michael Faraday have inspired me,” said the man from the capital, who lives in the Guerrero neighborhood.

In his professional thesis, David Rey Picasso intends to carry out research on the neuronal impact on boxers, a factor of transcendence that has been neglected over time.

I am in the process of carrying out research on neuroscience in the brain, we have lacked focus on the neuronal aspect of boxers and that would be a good contribution to this sport”, he assured.

The university student, has a record of 19-0-1 in professional boxing, is ready to face tomorrow his first fight of the year in Tijuana and jumps as the favorite over Paredes, a left-handed fighter with great technique and resistance. who holds a record of 15-3-1.

We invite you to see our content on networks of:

Copyright law strictly prohibits copying, in whole or in part, Excelsior’s materials without prior written permission and without linking to the original text.

A different boxer; between the stars and the gloves