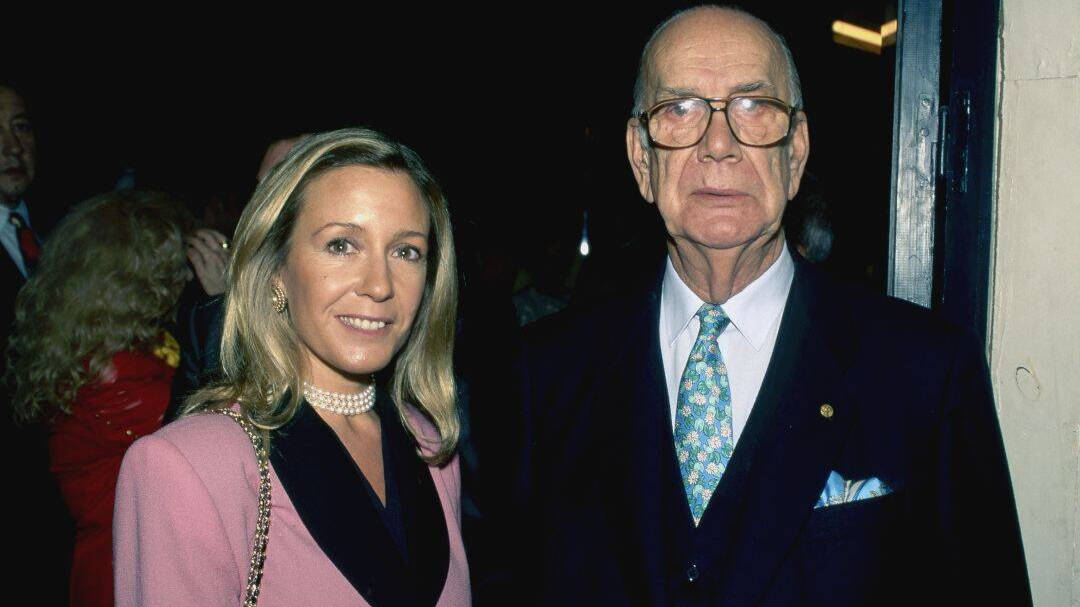 Marina Castaño went from being a broadcaster to becoming famous for her union with one of the great intellectuals of the 20th century: Camilo José Cela. Castaño and the author of ‘La familia de Pascual Duarte’ met during a radio interview and became one of the most controversial couples in our country. Marina has zealously hidden, for years, the true story of her before joining the Nobel Prize. She now returns to the present due to her participation in ‘Pasapalabra’.

Marina Brown achieved in a very short time, a few months after meeting him, something unheard of for the Galician writer and Nobel Prize for Literature Camilo Jose Cela: put him on a diet. “I managed to get him to go to a clinic in Marbella, to Incosol… He was there for twenty days.” In this way, Cela lost 31 kilos and the Costa del Sol has since become the new couple’s favorite place during their vacation periods. There they even did pineapple with the family Gil and Gilattending the innumerable and tacky agapes organized by the former mayor of Marbella.

Cela’s friends say, among whom is the biologist Francis Garcia Marquina and the Majorcan newspaper editor Pedro Serra, who always assured them that the only woman he truly fell in love with was Marina. They also affirm that he was a man of many women but that, since February 1991, when his relationship with the announcer was already immortalized, no new romantic ups and downs have been known of him.

His friends say that Cela, already old and paunchy, became an old prisoner of love for a lady much younger than him. When they met she was only 27 years old and he was almost 68. Marina, a petite woman, captivated him. “Great men have always needed young blood by her side to continue being young,” the announcer went on to say.

This difference of more than forty years did not interfere at all with Marina’s projects: “Camilo said that we are inevitable and I add essential (…) the age thing is a cliché; between us, the young man was him”. For her, her life before meeting the Nobel Prize was fabulous, an aspect that was nothing like the harsh reality: “I lived divinely before going to live with Camilo José. She had two houses, a car, a great job, and she was highly regarded. And everything, everything, I have left for him. I have become his nanny, and it is a pleasure.”

Naturally, it is hard to imagine love between two people forty years apart in terms of youthful passion. And she herself recognized it when expressing that «now I enjoy an emotional balance that I have not always had. It’s something like happiness.”

Marina with her friend Ana Botella.

Perhaps due to the desire to strengthen this balance, the announcer took a new giant step in her relationship with the writer. On March 10, 1991, the couple married civilly, under a regime of separation of property. Marina had obtained a divorce the month before and Cela in December 1990.

The link took place in the strictest privacy in the farm that the writer owns in Guadalajara. An estate known by the name of “El Espinar”, which has an English-style building of about 450 square meters full of books and paintings, and that it was bought from the heirs of a rich count. The farm is located on the right bank of the Henares River, between the capital and the municipality of Fontanar. It was a wedding without photographers, on a calm Sunday, with sun and clouds. It seemed to be an American movie.

There, at noon, the titular judge of Instruction number 3 of the capital of Alcarria attended, Ofelia Ruiz Pontonesas well as the secretary of the court, Concepcion Alvarino. His brother acted as witnesses, Jose Luis Cela Trulockthe only member of the writer’s family present, and Carmen Balcells Segela, the literary agent of the Nobel. On the bride’s side were her daughter Laura and his mother, Mari Luz Lopez de Castano. The bride’s dress was by Chanel, nothing spectacular, two pieces (jacket and short skirt), all in white and with embroidered trim. She had premiered it several days before to go to the program of her close friend, the journalist Snow Blacksmithon Antena 3. The writer wore a charcoal gray striped suit, a white shirt and a pink tie.

Among the select guests chosen for the act, was the then Minister of Justice and later Ombudsman, Enrique Mugica, who had made all the private and timely steps so that the judge kept total discretion before the event. There was also the late former president of Real Madrid, Ramon Mendoza and his then sentimental partner Jeanine Giraud. They were also Cela’s lawyer, Ferdinand Castedo; the doctor Jose Luis Barros; the painter Jesus Campoamor; the sculptor Otero Besteiro; journalist Paul Sebastian; the president of the PP of Guadalajara, Francisco Tomey; biologist and writer Francis Garcia Marquina Y Carmen Garcia Moreno.

They all tasted after a very brief ceremony, barely three minutesa unique cocktail made up of tortillas, empanadas, fillings, chops and cakes, washed down with wine and champagne, which lasted until nightfall. Before leaving, Marina Castaño showed the guests the works that were being carried out on the hacienda to improve its habitability and spectacularity.

They say that Marina’s mother wanted to make a big deal with her daughter’s wedding. That she wanted to sell the exclusive “yes I do” and that for that she brought a camera to the ceremony auto focus that was withdrawn by Camilo José Cela himself shouting “I don’t live from this”. The writer anticipated the bad intentions of his mother-in-law, too, much younger than him.

The couple had prepared everything with secrecy and prudence. And nothing could break what was established (although a photograph would later be published). The wedding was unknown even by those close to the writer, who in less than fifty were summoned at noon on March 10 at the Guadalajara estate, they say that without knowing why, others believed that it was the birthday of Navy.

In fact, Cela’s only son never knew anything about the link until hours after it happened: “I heard about it on the radio. I assumed that my father intended to remarry because of his interest in obtaining a divorce so quickly… At this point, why would a person want a divorce if not to celebrate a second wedding?… But I had no idea that it could be so soon”, Camilo José Cela Conde confirmed after the link.

Church wedding before becoming a widow

The religious marriage of Camilo and Marina would take place much later. It was on June 29, 1998, also at home, but this time in the Madrid urbanization of Puerta de Hierro, in a chalet that the couple had purchased a year earlier. Both had achieved their ecclesial marriage annulment thanks to their good contacts with the clergy. Marina had done it at the beginning of 1998 and the Nobel, shortly before, in July 1997.

“We both wanted to live by our beliefs, so that’s why we wanted to get married in the Church,” he said. However, the fact that the Nobel Prize winner annulled his marriage by means of very unclear devices raised controversy and greatly displeased Rosario Countwho would no longer forgive him for life: “I was wondering who the Archbishop of Valencia is to take away something that God gave me.” 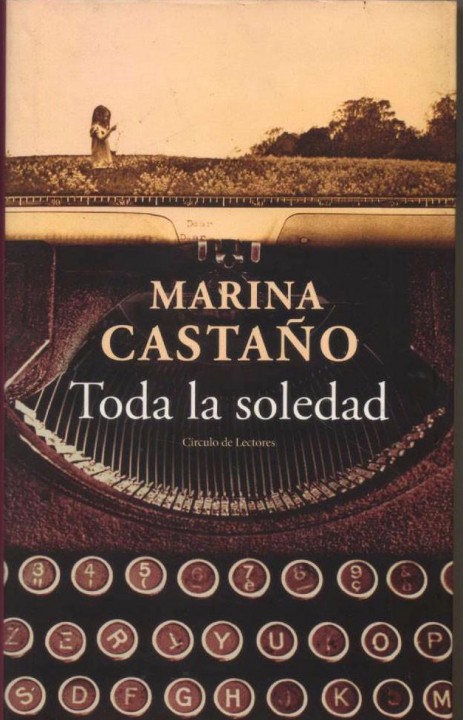 The link was officiated by the priest and professor of Canon Law Jose Salazar Abrisquetaprior permission from the Archbishop of Madrid, the Galician Cardinal Antonio Maria Rouco Varela. They acted as godparents Laura, the daughter of Marina Castaño, and Federico Trillo, then president of the Congress of Deputies. His friends affirm that when the ceremony ended, the writer told his godfather, the former PP minister: “Now I am at peace with God… because it is also convenient to have the papers in order with him.”

Seventy-one guests attended the wedding. The ceremony that began at 8:15 p.m. and took place in the pavilion of the house. The banquet was served in the garden with canapés, sirloin steaks, foie tartlets, etc., all washed down with French champagne. A curious detail is that there was no wedding cake.

Among the guests were the former minister of the PP, Francisco Alvarez Helmetsand his then wife, Gemma Ruiz; the former president of the Senate, Jose Federico de CarvajalAnd his wife, Elena Boyra; the comedian Antonio Mingote; the Galician shipping company and former president of the Madrid Chamber of Commerce, Fernando Fernandez Tapias faithand the one who was later his wife, Nuria Gonzalez; and three of Cela’s brothers, Jose Luis, Ana and Maria Ramona (Maruxa); as well as Nina Trulock, Cela’s first cousin, and the bride’s mother and sister. She was wearing a long white and lilac dress and a flower crown.

Marina Brown tried several times to get pregnant de Cela and, even, believed to be at the beginning of the relationship for two months, after two consecutive absences in the menstrual period. But she was not lucky. However, the strong religious beliefs, which Marina Castaño claims to show off, have also led the announcer to affirm publicly, and emphatically, phrases like this: “having a homosexual son would break my schemes, for me it would be terrible. I have always led a completely conventional life. To later affirm: “A human being comes out of the union of a man and a woman, apart from cloning and artificial fertilization. The rest seems to me to be going against nature (…) In addition, there are many heterosexual couples who cannot have children due to infertility problems. I think they should have preference over homosexual couples. Naturally, a child will be better off in a family, even if he is homosexual, than in an orphanage, without love or affection. I am a mother and I consider that a child should have a male and a female role model”.

Marina occupied her time in this conventional facet, accompanying the writer wherever he went, whom he called “my boy”, and collaborating, thanks to being who he was, with different media outlets, such as the ABC newspaper (his column was called gliding), Wave Zero (full radio), TV 5 (Day to day) and later in the magazine Hello and on Telemadrid.

Cela He would die in a clinic in Madrid on January 17, 2002 as a result of heart failure. Before dying, according to the director of the clinic, Dr. Pedro GuillenHe whispered in her ear: “Take care of Marina, she seems fragile but she isn’t. Take care of her, because this creature deserves it.” After the death of the Nobel Prize, Marina began a new life, but with her finances resolved for her.

Marina’s life, obviously, continued as she has told elcierredigital.com in a series about his life. Today Marina is married to the surgeon Henry Pures.

A novel life: The unknown story of Marina Castaño, the last love of Camilo José Cela