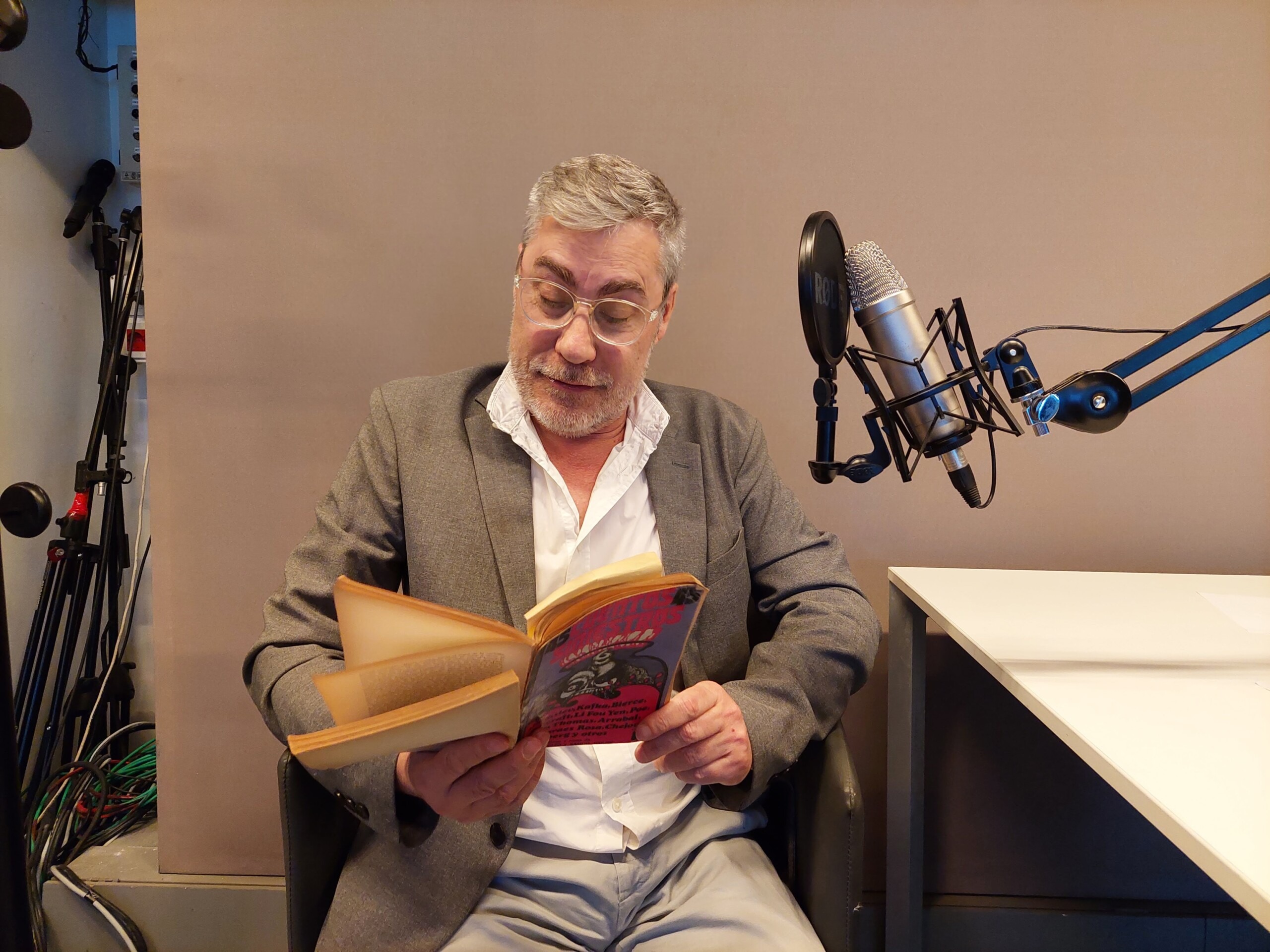 “I chose this story because it has a story behind it,” he will say ezekiel martinez in a while, when I ask him why he chose to read Something very serious is going to happen in this townof Gabriel Garcia Marquezin the podcast the ear that reads.

The story will be told on a podcast, what can be heard here. So I don’t advance it. But I can tell you that Ezequiel Martínez, the current director of the Buenos Aires Book Fairis one of the few Argentine journalists who was able to interview the Colombian Nobel Prize winner, but much more: when Martínez was a little boy, the writer had him sit on his knee.

The reason is familiar: Ezequiel is the son of the writer Tomas Eloy Martinez –the author of Santa Evita-, who was a friend of garcia marquez. But above all, ezekiel martinez He is a cultural journalist. He worked for many years in the Clarín newspaper, where he came to be in charge of its Sunday magazine, Liveand its cultural magazine, Ñ.

It may interest you: Power, pleasure and desire: when philosophy goes to bed

He also chairs the Tomás Eloy Martínez Foundation, which is in charge of promoting good journalism.

Between 2016 and 2020 he held the position of General Director of Culture of the National Library and worked as its deputy director. Later, during the pandemic, he led several cycles of talks to Let’s Experience. In 2022 he directed for the first time the Buenos Aires Book Fairwhich was a resounding success in its return to face-to-face edition.

Gabriel Garcia Marquez Of course he needs no introduction, but it is worth remembering that he was born in Aracataca in 1927 and died in Mexico City in 2014. He is the author of enormous novels like one hundred years of solitude The Autumn of the Patriarch, Love in the time of cholera either The colonel has no one to write to him.

in which book of garcia marquez the story he reads is published ezekiel martinez? In none. He will then tell what his story is and where he was able to read it.

This story does not have a single version but several can be found on the net. They vary only in details. In one of them, the beginning is like this:

“Imagine a very small town where there is an old lady who has two sons, a 17-year-old and a 14-year-old daughter. She is serving them breakfast and she has a worried expression. Her children ask her what is wrong and she answers them: “I don’t know, but I woke up with the feeling that something very serious is going to happen to this town.”

What happens from then on you have to listen to on the podcast, but let’s say it’s very very Gabriel Garcia Marquez. And that it has something to do with self-fulfilling prophecies and how expectations are generated even in economic theories.

You can listen to any of them clicking here.

You don’t need any particular device: it works on your phone, on any tablet or on your computer.

I usually make book reviews, recommendations, some loose ideas and anecdotes from literary life in the newsletter read for reading, which airs on Thursdays around noon. To receive you have to sign up here.

Claudia Piñeiro read a shocking story by Samanta Schweblin that can be heard here
Julio Cortázar to listen to: a disturbing tale that can be “read” with the ear