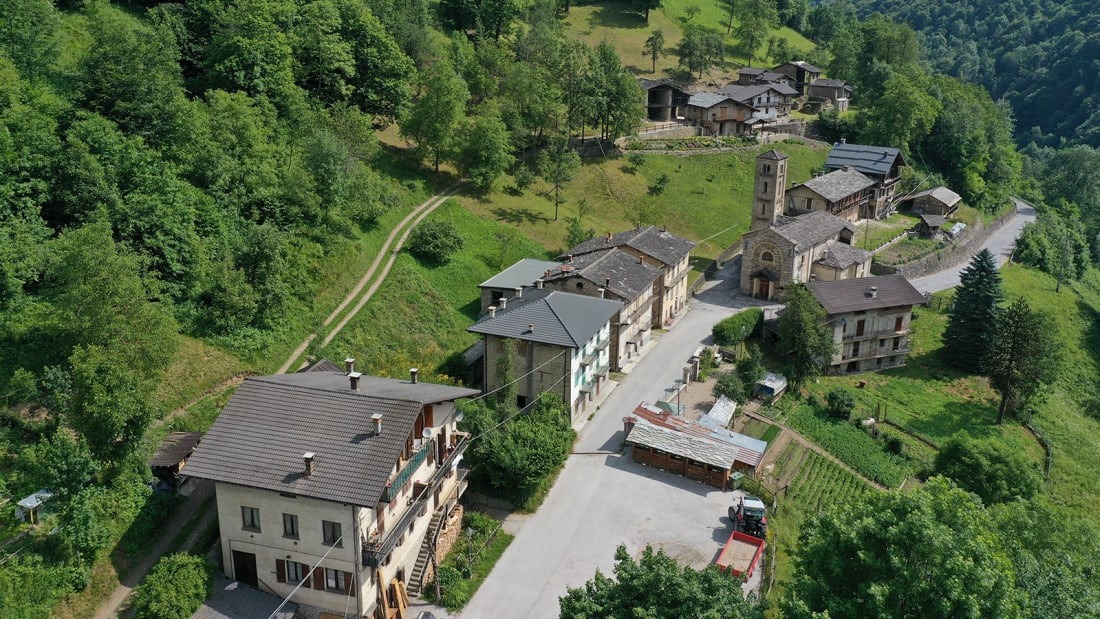 There is a small village lost in the Piedmontese Alps, in the province of Cuneo, right on the border between Italy and France, which is out of the ordinary. This is Coumboscuro, a town where the native language of its inhabitants is not Italian, but the Provençal. idealista/news Italy has researched the life and history of San Lucio de Coumboscuro, thanks to Davi Arneodo, president of the association “Coumboscuro Prouvençal Center”which for years has promoted Provençal language and culturenot only in Italy but also in the rest of the world.

“The association was founded in 1947”, explains us the president of the Center Coumboscuro Provenzal“when Sergio Arneodo (a writer and poet better known in France than in Italy) became a teacher at the Coumboscuro school, and transformed it into a true didactic workshopwhich offered people the possibility of redeem yourself through poetic and prosaic creation in a language that until then was considered a variant of the Piedmontese dialect, but which was actually a very noble language spoken by the troubadours: Provençal”.

The objective of the association became to keep Provençal alive as an official language, so that its “cultural dignity. It is a neo-Latin language like Italian, but it has not had the good fortune to become a national language, but is still spoken in French Provence and in the adjacent valleys that lead to Piedmont and, therefore, also in Italy. It is no coincidence that Provencal came to our country from the hands of the inhabitants who traveled through the Alps during the six winter months in search of work“.

“Our luck is that Frédéric Mistral, Nobel Prize for Literaturecodified the Provençal language, made a grammar out of it, and now there is a huge literature.”

Life goes by peacefully in Coumboscuro, which was founded in 1018 by a group of French monks and went through a phase of serious depopulation and decline from 1400. Only after the WWII began its cultural resurgence.

Here, thanks to the work of the cultural association, numerous activities are organized “from January to December”, which attract people to the small town (which has barely 40 inhabitants, and is in turn subdivided into 21 small villages scattered throughout the Valle de Grana).

“We have a cultural center, but also a library and a school of poetry, we run theater and dance groups and we publish books. We organize festivals and meetings between Piedmont and Provence. We work at European level with many universitiesfrom Zurich to Barcelona, ​​and in our library we have the largest Italian collection of works of Provençal language and literature”.

“Universities from all over the world with a chair in Romance philology are interested in our school, where they organize daily specialized courses for young people and adults. Own Fabrizio D’Andre came to Coumboscuro to sing with the local group in the Provencal language, since his family is originally from Provence”.

In addition to the strong cultural life that the small town possesses, located in the middle of the mountains at more than 1,200 meters of altitude, its inhabitants manage farms, raise sheep and grow small fruits with which they make infusions, spices or “bodi” (mashed of fruits).

But, how are the houses in the small town of Coumboscuro? “The houses are built of stone and wood and the roofs are made of slate“.

the different villages that make up the nucleus of Coumboscuro are linked together by charming paths that can be traveled on foot, by bicycle or on horseback.

A trip to Coumboscuro, the small town in Piedmont where the mother tongue is not Italian