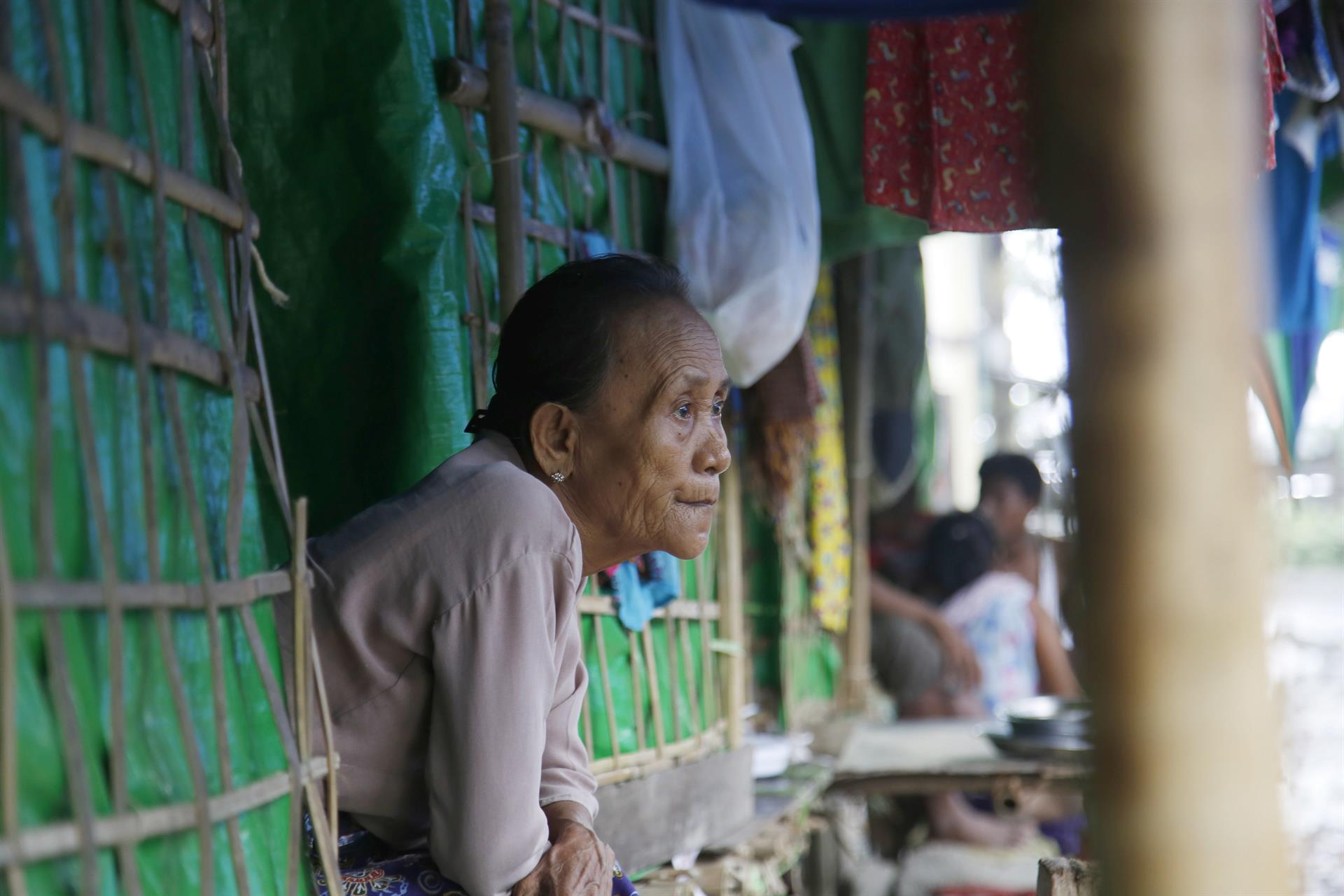 Dhaka, Jan 30 (EFE) .- A year after the coup in Burma (Myanmar), hundreds of thousands of Rohingya refugees in neighboring Bangladesh see their hopes of a possible repatriation to their country, controlled by them, vanish. soldiers who unleashed the wave of violence that forced them to flee.

When on February 1 the head of the Burmese Army, Min Aung Hlaing, took control of the country, arrested the de facto leader Aung San Suu Kyi, and overthrew President Win Myint, the Rohingya knew that the door to return to Burma they were closed

Because although Suu Kyi did not openly oppose the military operation that in 2017 forced the Rohingya exodus, it was more likely that this leader, icon of the democratic transition and Nobel Peace Prize winner, would accept the repatriation of the ethnic minority, and not the Army that committed the massacre, Rohingya leader Rashid Ahmed told Efe.

“The military government made the situation worse for us. I have some relatives still there, including my own sister. Sometimes I talk to them. They live in panic, they cannot go more than two kilometers from their house. If they want to go further, they have to ask the authorities for permission,” Ahmed narrates from a refugee camp in Cox’s Bazar, in southeastern Bangladesh.

The Rohingya have suffered for decades a fierce persecution by the Burmese government, which denies them citizenship as they are considered illegal immigrants from Bangladesh, committing all kinds of abuses against them such as the limitation of movement.

But even with that past experience, life “wasn’t that hard before the military took over. Now, at eight o’clock at night they have to go home”, he recounts.

“We hope that a democratic government will give us back our rights. We don’t want this life under a tarp. We want to go back”, repeats the Rohingya leader from the overcrowded refugee camps.

WITH OR WITHOUT SUU KYI

Former teacher Maungdaw Abdur Rahman, who left his country in October 2016 and took refuge in the Bangladeshi town of Ukhiya with his wife and children, has lost faith and believes that the military junta will not give up power, at least in the short term. .

“Aung San Suu Kyi was bad only for the Rohingya. But this Army is bad for all ethnic groups. In the last year, we lost all hope of being repatriated. We don’t have any goals now,” Rahman says defeated.

The leadership of Suu Kyi, daughter of independence hero Aung San, is a two-dimensional figure for refugees.

Although her rise to power represented the beginning of the democratic transition after decades of military power, the community condemns her for not opposing the Army when a wave of violence broke out in August 2017, causing some 738,000 Rohingya to flee to Bangladesh, in an operation that the UN described as ethnic cleansing and possible genocide.

For Fazal Ummat, an elderly Rohingya refugee in Ukhiya, the situation of the minority transcends the figure of Suu Kyi.

“The Rohingya do not want political prisoners. We want a free and democratic Myanmar. Furthermore, the Rohingya struggle is not related to a single person or leader. It’s much bigger than that,” she highlights.

Until now, all attempts launched for the voluntary repatriation of refugees to Burma have failed due to the refusal of the Rohingya to return home without guarantees of safety or obtaining citizenship.

A senior official from the Bangladeshi Foreign Ministry told Efe, on condition of anonymity, that talks with the military government for repatriation were under way, but they are progressing slowly.

“The discussion is not closed. Talks about (identity) verification continue. We have sent them lists of approximately 800,000 Rohingya. They have given their opinion on some 42,000 (…) They do not necessarily recognize all of them as residents,” said the official.

However, since the military takeover, the parties have been unable to agree on a new date for the meeting of the joint working group formed to carry out the repatriation process.

“We are mainly working on data sharing at the moment,” he added.

Bangladesh, for its part, remains willing to move the process forward as soon as possible. Bangladesh Refugee Aid and Repatriation Commissioner Shah Rezwan Hayat assured Efe that his office is ready to begin repatriation at any time once a decision is made.

“As soon as we get clearance, we can start. On the ground we are ready”, he asserted.