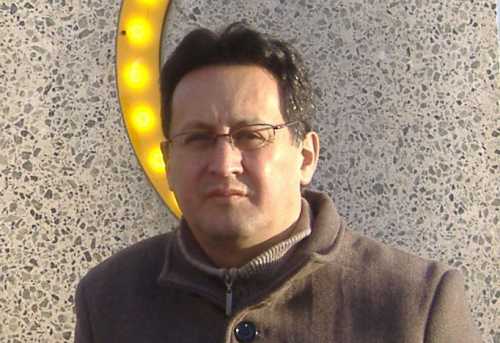 On October 7, the permanent secretary of the Swedish Academy, Mats Malm, announced the name of the novelist Abdulrazak Gurnah as the winner of the 2021 Nobel Prize in Literature.

Abdulrazak Gurnah is a writer and literary critic born in Zanzibar (Tanzania). At the age of 18 he left his country as a result of the persecution of Arab citizens. In 1966 he came to the UK as a refugee, and there he began to study.

First at Christ Church College and then he obtained a Ph.D. from the University of Kent, where he served as a postgraduate professor in the English department, until his retirement.

According to the jury, Gurnah’s work is characterized by “uncompromising and compassionate insight into the effects of colonialism and the fate of the refugee in the gap between cultures and continents.”

The author of “Memory of Departure” has written a total of ten novels, and two of them are translated into Swedish: “Paradise” (Paradiset) and “The last gift” (Den sista gåvan). Actually, it is little known. And, therefore, his name did not appear in the pools or in the bets about the 2021 Nobel Prize in Literature.

Nor were his works pronounced by the lips of experts in literature. In other words, the appointment of Abdulrazak Gurnah, as winner of the Nobel Prize for Literature, fell in Sweden, and in the whole world, as a star on which no one was betting a penny. And this amazement is reflected in both the Swedish and international press.

Nobody thought that this Tanzanian writer would win the most precious literary award in the world. Many Swedish publishers have acknowledged their ignorance of the flamboyant Nobel Prize winner for Literature. And they have said: “we must be honest, we do not know the writer. Suddenly we are so Swedish, so insular, so ignorant and so discovered ”.

Stefan Jonsson, literary critic for the newspaper “Noticias del Día” and professor at Linköping University, said that the election of Abdulrazak Gurnah brings us to know a literature that is not easily found in Sweden. And he added: “Now the Nobel Prize fulfills its potential in every sense of the word: opening doors to other worlds, to other human lives that we do not know.” 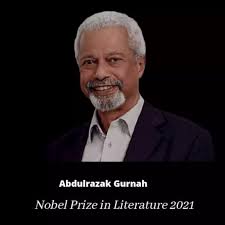 Abdulrazak Gurnah as the winner of the 2021 Nobel Prize in Literature.

But beyond that, everyone is wondering: How was the election of Abdulrazak Gurnah?

It is not new to anyone that since the beginning of the Nobel Prize for Literature in 1901, the Swedish Academy has awarded the Prize, in most cases, to European and North American writers. According to a statistic from the Swedish Academy itself, the countries with the most Nobel Prize winners in literature are: France 15, the United States 13, Great Britain 12, Germany 8, Sweden 8, Italy 6, Spain 5, Poland 4, Ireland 3 and Denmark 3 .

Alfred Nobel’s will states that the Nobel Prize must be awarded to people who “have performed the greatest benefit to humanity.” But also for those people who “have produced the most outstanding work of an idealistic tendency within the field of literature.” But … How to interpret that ambiguous phrase? Each historical period is marked by different fashions, characteristics, conflicts, events, contradictions, conjunctures, etc. That is, life flows through a chain of historical and social factors. And as time goes by, I think there have been different interpretations of Alfred Nobel’s will depending on the time.

In any case, Anders Olsson, a member of the Nobel Committee, has told the press: “We have our eyes open towards writers who could be called postcolonial. Our gaze broadens over time. And the aim of the Academy is to invigorate our vision of literature in depth. For example, literature in the postcolonial world ”.

However, the question arises: Will the next Nobel Prize in Literature go to a writer from Latin America? From Asia? or Maybe again in a writer from Africa?

*) He is a Bolivian poet and sociologist. He was born in Oruro, the folkloric capital of Bolivia. He is a member of the International Pen-Club, the National Union of Poets and Writers of Oruro (UNPE), the Swedish Writers Society, the World Poetry Movement, the Liceo Poético de Benidorm (Spain) and a member of number (300-ES-026) of the North American Academy of Modern Literature, Spain Chapter.

Abdulrazak Gurnah, a star that nobody bet a penny on