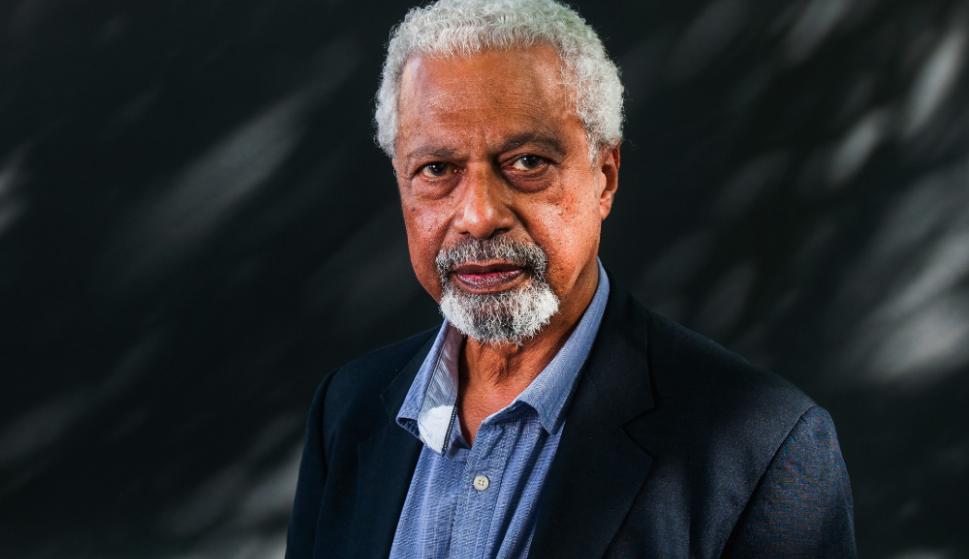 The expectation around the press conference with Abdulrazak Gurnah it becomes suffocating. And it is not an exaggeration: that the winner of a Nobel Prize for Literature dedicate an hour to dialogue through a Zoom video call with a lot of journalists from Latin America and Spain is not something that happens every day. It is a real event and not even the organizers of this conference can hide it; every so often a nervous smile escapes them.

The excuse of the virtual meeting in which he participates The country is the reissue of his sixth novel, Seasideoriginally published in 2001, which will hit Uruguayan bookstores in June through the publisher salamadra. As in most of his work, exile, uprooting and European colonialism run through this story that was selected for the prestigious awards Booker and Los Angeles Times Book Prize.

And, for those who still do not know the work of the author who was born in Tanzania and settled in England at the age of 18, Seaside It is a good synthesis of his artistic identity, the one that the Swedish Academy defined as a “moving description of the effects of colonialism and the history of refugees in the abyss between cultures and continents”.

As soon as you connect to the video call, questions flood the Zoom chat. His creative process, his opinion on the refugees from Ukraine and even his view of literature as a saving act in the face of violent times are some of the issues that most interest journalists.

Regarding the latter, Gurnah offers one of the most lucid responses of the conference: “You can’t throw a book at a tank to stop it; I also don’t believe that an authoritarian reads a book and suddenly says: ‘I was wrong all my life; Now I’m going to treat people better.’” No, books cannot intervene against tyranny in this way, but they can clarify things and inform us to fight when necessary.

“Books —he will add later— help us recognize ourselves, but they also bring us closer to all the things we don’t know; it is a way of discovering things. It allows us to humanize language or academic knowledge to make it understood by all people who are not historians or anthropologists”.

Of course, he also spends some time talking about what most people want to know: the Nobel Prize. And when asked what it feels like to be the first black African author to win literature’s top award in 30 years, Gurnah is clear: “I don’t know, but I guess it shows that the history of awards is based on decisions.” European”. Immediately, he adds: “How many Indians, Chinese or Japanese have won the Nobel? The question here is why do European authors or authors of European origin always win? The answer is obvious: that expresses the narrowness that is given to non-European literary productions; they are given a minuscule value.”

Gurnah, who seems to know by heart the expressive value of a wry smile, pauses briefly to smile lopsidedly at his computer camera. Then he launches: “That’s the way it is and you can’t go back in history to force the Swedish Academy to read other authors. Perhaps, looking forward, things will begin to change. In a way it is already happening, but we must wait. In any case, I think that what happens is an expression of the provincialism of the Swedish Academy… about which I do not want to say anything critical, of course”.

El País: After winning the Nobel Prize for Literature and your work beginning to be translated into so many languages, do you think your relationship with writing has changed? What tools should he have developed so that the process remains pure and is not affected by external pressure?

—I can do nothing to abstract myself from external pressures (Serie). Everyone knows that I have won the Nobel because it is a global event and, in addition, everyone wants to know how I feel. Of course, the award has changed my life and I consider it a great honor because it has made me very happy to join that list of authors whom I admire so much and who come from so many parts of the world. It’s like now they tell me: “Well, now you can enter this club”. Of course, it’s also wonderful that there are so many people who want to read my work in their languages, which allows my books to be published, republished and translated. It’s excellent and it’s the dream of every author… who doesn’t want that to happen with their production? But, of course, change also comes in other ways: many people invite you to different projects or want to talk to you. Right now I’m very happy and I try to answer everyone who wants to communicate with me, but at some point I’ll have to find time to write again… I’ll see what happens with the pressures there (Serie).