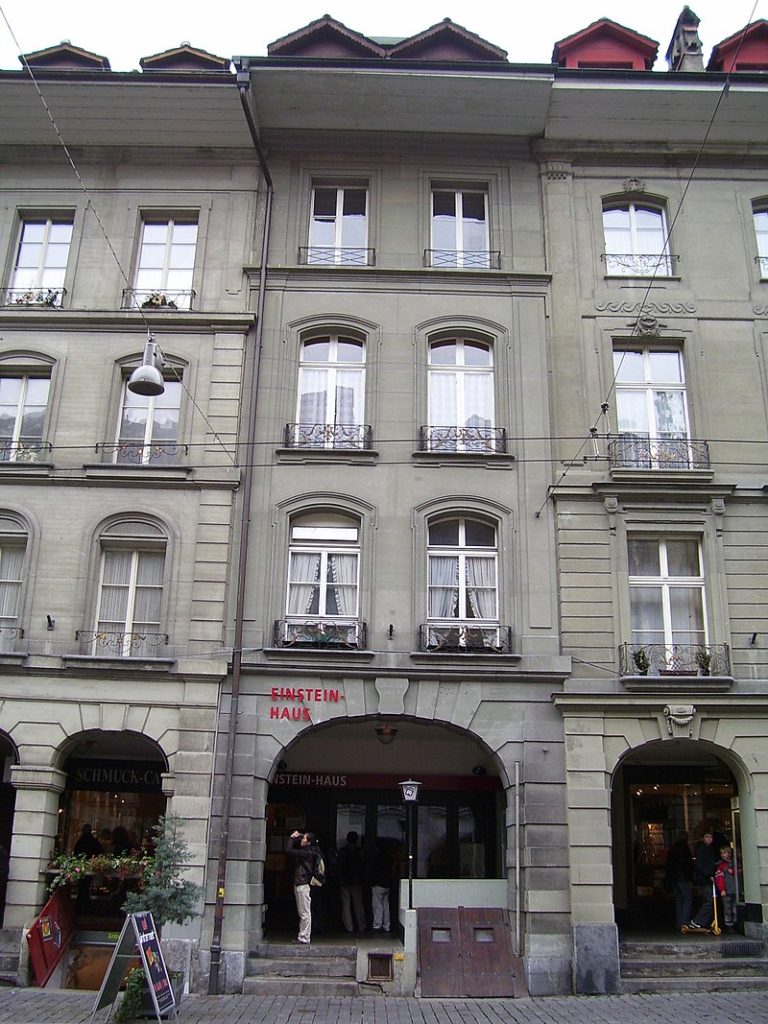 These are the four articles that Einstein published in Annalen der Physik (Annals of Physics), a scientific journal, in 1905.

These four articles were important contributions to the foundation of modern physics, revolutionizing scientific understanding of the fundamental concepts of space, time, mass, and energy. Because Einstein published these remarkable papers in a single year, 1905 is called his annus mirabilis (miraculous year in Spanish or wunderjahr in German).

The first article explained the photoelectric effect, the only specific discovery mentioned in the citation that awarded Einstein the Nobel Prize in Physics.

The second article explained Brownian motion, which led the most reluctant physicists to accept the existence of atoms.

The fourth, a consequence of the theory of special relativity, developed the principle of mass-energy equivalence, expressed in the famous equation displaystyle E=mc^2 and which led to the discovery and use of atomic energy.

These four articles, together with quantum mechanics and Einstein’s later theory of general relativity, are the foundation of modern physics.

At the time the articles were written, Einstein did not have easy access to a complete set of scientific reference materials, although he regularly read and contributed reviews to Annalen der Physik. Furthermore, the scientific colleagues available to discuss his theories were few. He worked as an examiner at the Patent Office in Bern, Switzerland, and later said of a colleague there, Michele Besso, that he “could not have found a better sounding board for my ideas throughout Europe.” In addition, co-workers and the other members of the self-styled “Olympia Academy”, Maurice Solovine, Conrad Habicht and his wife, Mileva Marić, had some influence on Einstein’s work, but it is not absolutely certain how far this went. influence.

Through these papers, Einstein addressed some of the most important questions and problems in physics of the day. In 1900, Lord Kelvin, in a lecture entitled “Nineteenth-Century Clouds on the Dynamic Theory of Heat and Light”, suggested that physics did not have satisfactory explanations for the results of the Michelson-Morley experiment and for the black body radiation*. As introduced, special relativity provided an explanation for the results of the Michelson-Morley experiments. Einstein’s explanation of the photoelectric effect expanded the Quantum theory** that Max Planck had developed in his successful explanation of black body radiation.

Despite the greater fame achieved by his other works, such as special relativity, it was his work on the photoelectric effect that won him the Nobel Prize in 1921. The Nobel committee had patiently awaited experimental confirmation of relativity. special; however, none appeared until the time dilation experiments of Ives and Stilwell (1938 and 1941) and Rossi and Hall (1941).

The International Union of Pure and Applied Physics (IUPAP) decided to commemorate the centenary of the publication of Einstein’s extensive 1905 work as the World Year of Physics 2005. This was later endorsed by the United Nations.

*The black body radiation is the thermal electromagnetic radiation within or around a body in thermodynamic equilibrium with its surroundings, or emitted by a black body (an opaque, non-reflective body). It has a specific spectrum and intensity depending only on body temperature, which are assumed for simplicity of calculations and theory to be uniform and constant.

The thermal radiation spontaneously emitted by many ordinary objects can approximate blackbody radiation. A perfectly insulated enclosure that is in thermal equilibrium internally contains blackbody radiation and will emit it through a hole made in its wall, provided the hole is small enough to have a negligible effect on the equilibrium.

A blackbody at room temperature appears black, since most of the energy it radiates is infrared and cannot be perceived by the human eye. Because the human eye cannot perceive light waves at lower frequencies, a black body, viewed in the dark at the lowest temperature and barely visible, appears subjectively grey, even though its objective physical spectrum peak is in the infrared range. . When it gets a little warmer, it appears dull red. As its temperature increases, it turns yellow, white, and finally blue-white.

Although planets and stars are neither in thermal equilibrium with their surroundings nor are they perfect black bodies, black body radiation is used as a first approximation of the energy they emit. Black holes are almost perfect black bodies, in the sense that they absorb all the radiation that falls on them. It has been proposed that they emit blackbody radiation (Hawking radiation), with a temperature that depends on the mass of the black hole.

** quantum mechanics It is the branch of physics that studies nature at small spatial scales, atomic and subatomic systems, their interactions with electromagnetic radiation and other forces, in terms of observable quantities.