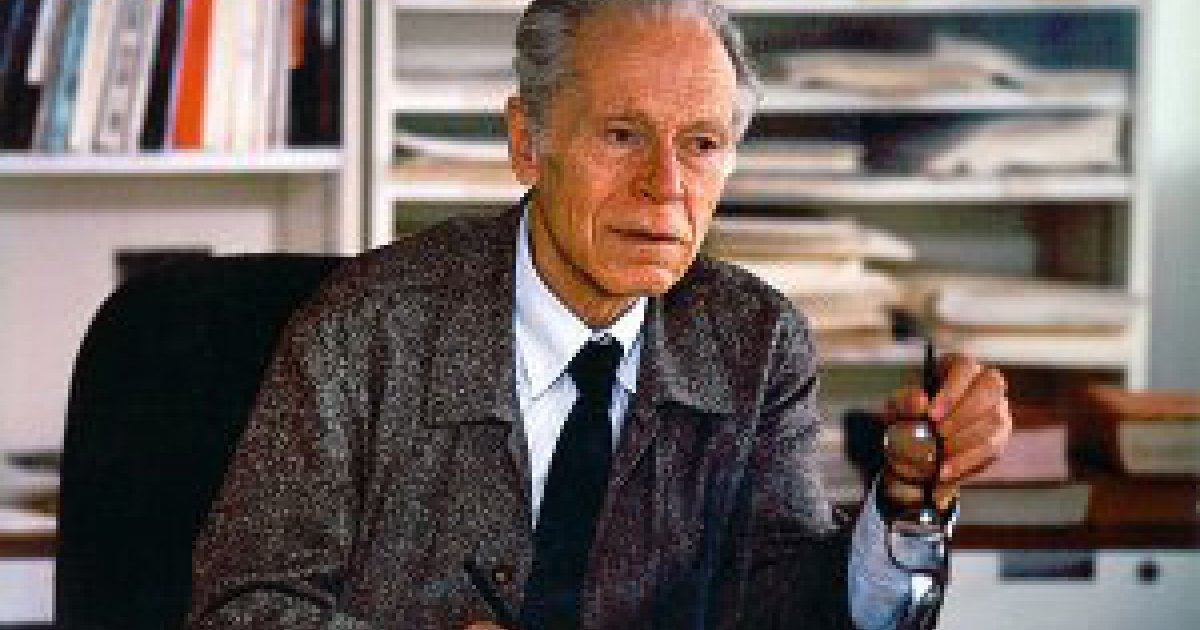 Jewish Link Mexico and Israel- In the repeated statements about the causes and expressions of the relative economic and social backwardness of Latin America In contrast to the positive evolution of Europe and the USA, two figures of Jewish and German origin deserve an ostensible place.

Beyond substantially unequal ideas and directions, both coincide in indicating many absences and deviations in the economic and political activities of the region. I allude here to Albert O. Hirschman and Andre Gunder Frank.

Some appreciations on the first follow; perhaps in the coming days I will allude to Franck.

I judge that Hirschman’s intellectual trajectory (1915-2012) is inescapable for several reasons. Trained in the hectic years of the Weimar Republic, this intellectual and economist left the country when Hitler came to power in 1933.

In these circumstances, the Jewish origin and the death of his father – a famous neurosurgeon – pushed Albert to travel France, Italy and England with the purpose of enriching their personal and academic training.

When civil war broke out in Spain in 1936, Hirschman joined the international brigades.

Wounded in one of the fights, resolved to complete studies at the University of Trieste, Italy. There she made contact with Eugenio Colorni (1909-1944), notable Jewish economist that he had married one of his sisters.

Here he gave birth to an important and solid friendship that had a tragic end: Colorni was killed by the Nazis few months before the end of the war.

Over time, one of Hirschman’s daughters married the Hindu Amartya Sen, celebrated economist who later he deserved the Nobel.

In a book published in Italy in 1945 Hirschman coined the term dependence on pages that evaluated Germany’s trade relations with the rest of Europe. With radically unequal accent and implications, Franck adopted it decades later in his fiery considerations of the deviations and failures of Latin American development.

Hirschman did not limit himself to academic tasks

His secret activities in France next to the American journalist Varian Fry– character who still awaits due recognition- allowed not a few European intellectuals to elude the gestapo and take refuge in the USA. Among them: Chagall, Duchamp, Herbert Mann, Hanna Arendt and Alma Mahler.

Hirschman’s risky activity that to date has barely deserved gratitude and attention.

Shortly after joined the US military operating in Africa.

At the end of the war, Hirschman emigrated with his wife to the United States and began working in the Federal Reserve Board.

Job he did for a short time. The rise of McCarthyism led him to accept an international mission in Colombia in 1952, a country where he will live with his family for four years.

A balanced development in Latin America

In this period and place Albert studied processes and data in the Colombian economic evolution. The constant pilgrimage through the country led him to thread concepts and paradigms that enriched the ideas about the Latin American lagor.

Disseminated and celebrated, they made it easier for him to quickly insert himself into North American academic life without giving up multiple stays in Latin American countries, Brazil and Chile in particular.

In 1958 his Economic development strategy. In these pages he questions the possibility and the presumed virtues of a balanced development in Latin America in clear opposition to the then dominant rhetoric in many governments and regional organizations.

With a singular prose he points out that the stimulus of imbalances intersectoral – which in fact exist – would have positive effects on the economic progress of the region when and if they are handled wisely.

An approach that since then has received extensive attention from Latin American development scholars. Among them Javier Santiso in the pages of the Cepal magazine (April 2000).

From here Hirschman points non-stop his skepticism about the “Development plans” promoted by Latin American governments. The absence of reliable data in addition to crooked orientations would sterilize them.

In future and erudite pages, he enriched his approaches with metaphors – “exit”, “voice”, “loyalty”, “tunnel effect” – that would characterize behaviors and processes in lagging societies.

Texts that overflowed borders beyond the orthodox economy and that perhaps they took him away from the Nobel prize which he well deserved.

Together they reflect a creative intellectual pilgrimage and the character quasi-talmudic of their approaches.

The opinions, beliefs and points of view expressed by the author in the opinion articles, and the comments therein, do not necessarily reflect the position or editorial line of Enlace Judío.

Alberto O. Hirschman, the Jew who analyzed the economic and social backwardness of Latin America