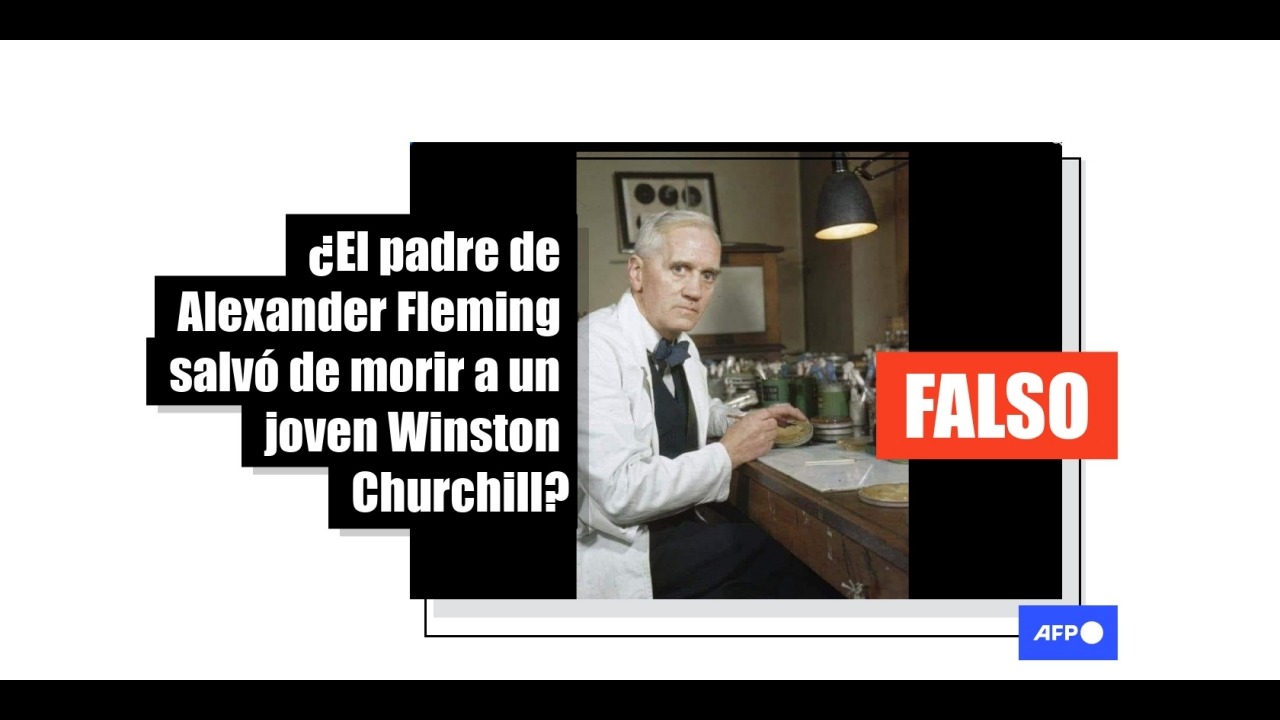 An alleged story that links the childhoods of British bacteriologist Alexander Fleming, considered the discoverer of penicillin, and who would become Prime Minister of the United Kingdom, Winston Churchill, has been shared on social networks by some 70,000 users since 2009 and continued to circulate at the end of October 2021. The anecdote tells that Fleming’s father saved Churchill in his youth from drowning and for this action his father, Randolph Churchill, gave Fleming Jr. the opportunity for a privileged education. Years later, the penicillin that Fleming discovered would have saved Churchill, again, from death. But biographers, historians and curators of the Churchill archives deny the veracity of the account.

“His name was Fleming, and he was a poor Scottish farmer.”, Starts the anecdote shared in Facebook, Twitter and Instagram. This farmer “He heard a cry for help” and discovered a boy about to drown in a swamp and saved him from death. “The next day, an elegant carriage arrived at the farm.” and a nobleman, who was the boy’s father, wanted to compensate the farmer. “Let me provide your child with the same level of education that my child will enjoy.”the nobleman offered. Year later, the farmer’s son became known as “Alexander Fleming, the discoverer of Penicillin” and “The son of the same nobleman who was saved from the Swamp fell ill with pneumonia” but he managed to recover thanks to that medicine. At the end of the story it is revealed that the name of the saved boy was “Sir Winston Churchill”.

The British Bacteriologist Alexander Fleming He was born in Scotland in 1881 and is considered the discoverer of penicillin, for which he received the Nobel Prize in Physiology or Medicine in 1945.

The one who was one of the prime ministers most remembered from the United Kingdom (between 1940 and 1945 and from 1951 to 1955), Winston Churchill, was born in 1874 in a palace in Oxfordshire, England. Had a determining role during World War II and won the Nobel Prize in Literature in 1953 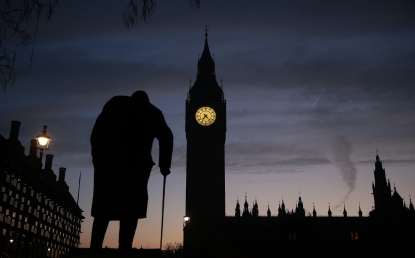 Winston Churchill statue in front of ‘Big Ben’ and the British Parliament, in central London, on January 24, 2017 (AFP / Daniel Leal-Olivas)

AFP Factual turned to various sources specialized in Churchill’s life and legacy to find out the degree of veracity of the anecdote:

The historian Andrew Roberts, author of several works on Churchill, settled in his answer: “It never happened”. Then he referred another writer, historian and expert on the figure of the “premier”, Richard Langworth, who agreed with his colleague to say that the anecdote “It’s pure mythology” and linked a his article of 2018 about the same story, “Charming but fanciful”, which unites the childhoods of the two characters.

A “Persistent myth”, was defined by the director of publications of the International Churchill Society, David Freeman, responding to AFP Factual. “The story is absolutely false and there is nothing in Churchill’s life to suggest that the anecdote had even begun. The origins of this tale will probably always remain a mystery “, he stressed.

AFP Factual also contacted the Churchill Archives Center and Jessica Collins, one of the attendees, responded about the “myth”. “There is no evidence in Churchill’s papers that he or his family had remained in Scotland [donde vivían los Fleming]“, said and commented that this article of the International Churchill Society, dated 2008, already denies versions of the same anecdote.

The text quotes Churchill’s official biographer, Martin Gilbert, who had stated: “There is no record that Churchill was about to drown in Scotland” nor that his father, Lord Randolph Churchill, paid for Fleming’s education.

On the other hand, AFP Factual had access to a document of the Archives Center, which requires a specific authorization (number 116 of 359 of the link), dated November 17, 1946, in which the story disclosed about his early relationship with Fleming is transferred to Churchill and is asked for the veracity of it. According to the sheet, Fleming’s wife had denied in the press that the anecdote between her husband and Churchill had occurred. Beneath the manuscript and with Churchill’s initials, he wrote: “I agree with Mrs. Fleming”.

Collins also denied that when Churchill fell seriously ill in 1943 he was administered penicillin. “I find no evidence in Churchill’s files of what medication he was given, but according to other sources it was a different drug.” uncovered by Fleming. The bacteriologist, however, was consulted by Churchill himself when an infection he suffered did not respond as expected to penicillin, according to the aforementioned source.

On this part of the legend, the aforementioned article by Richard Langsworth recounts that Churchill was treated for pneumonia in 1943 with “M&B, short name for a sulfadiazine produced by May and Baker Pharmaceuticals”, and quotes Churchill’s official biographer, Martin Gilbert, who found no reference to penicillin in the cure of this respiratory condition. The text also talks about Churchill’s consultation with Fleming about an infection resistant to his antibiotic.