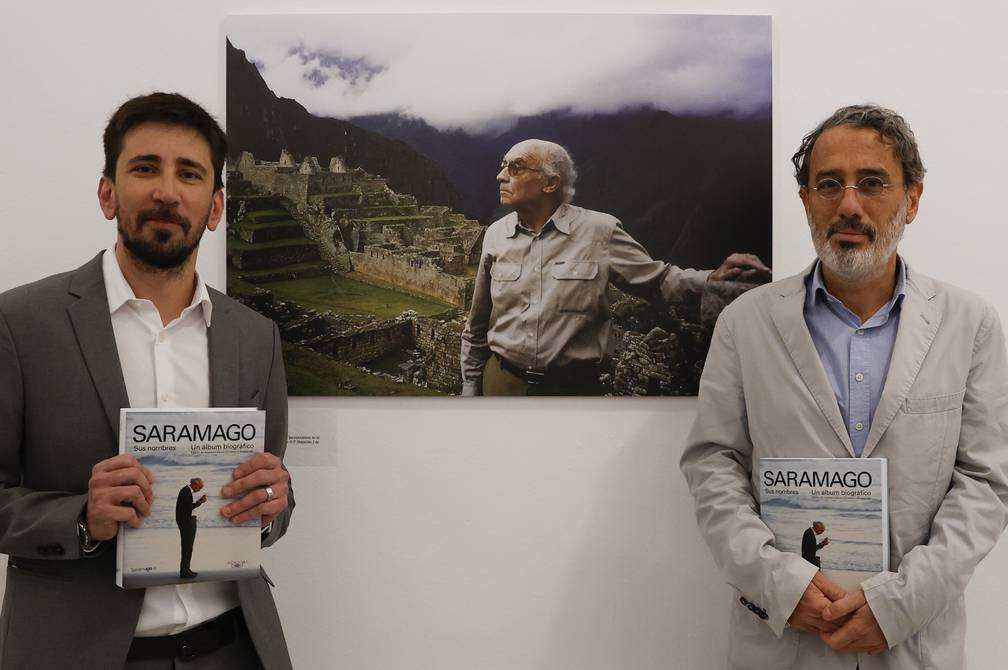 Two years of research in archives throughout Latin America, fifteen hundred texts by the writer, including unpublished material, and half a thousand images make up the entrails of the book Saramago. Their namesa peculiar biographical project that draws an intimate and unknown map of José Saramago.

Saramago. Their namesrecently published by Alfaguara and signed by Alejandro Garcia Schnetzer and Ricardo Viel, is one of the main projects of the centenary of the birth of the Nobel Prize, which is celebrated this year.

“This book makes us proud”explained today his widow, Pilar del Río, who has opened the archives of the José Saramago Foundation to the two editors.

The book is an unusual biography, which combines the texts of José Saramago himself from his books and interviews, accompanied by hundreds of photographs, many of them unpublished, coming from an arduous research process.

Pilar Reyeseditorial director of Random House Mondadori, believes the book “is almost a ‘hopscotch’”: it can be read without order or in a linear sense and also forms a hitherto little-known universe of the Portuguese writer.

The book includes more than two hundred entries with key information on Saramago’s life in four sections: spaces/places, readings/senses, writings/creations and ties/peoplealways accompanied by photos and texts of the writer.

You can discover how he was a regular at the Palacio de las Galveias Library or how he bought his first book when he was 19 years old and with money lent him by a friend. Also his predilection for Mafalda, a “wise and subversive” character of whom he claimed to be “a faithful disciple”.

The book reveals the melting pot of influences of his long life, made up of writers such as Lorca, Rilke, Kafka, Alberti or Pessoa, but also by philosophers, painters, filmmakers and dancers such as María Pagés, Pedro Almodóvar, Fellini, Giotto, Paco Ibañez or Chopin.

It is possible to delve into the first years of the writer’s life, the village where he was born, the first cinema he set foot in -Salao Lisboa-, or the numerous cities he traveled to after receiving the Nobel Prize.

The first time he left Portugal, he was 45 years old in Paris. “You’ve been dreaming of Paris all your life and then you get there, you see the Seine, which is something like the Tagus seen through the other side of the binocular”, the writer wrote. Despite the initial disappointment, he later admits that the city won him over.

There are also entries from Seville, Siena, Sarajevo, the GDR, Palestine, China and numerous places in Latin America such as Cuba, Mexico or Brazil, with which he had a special connection. “Saramago fell in love with Latin America, masses of people who wanted to hear it”explained Pilar del Río.

The book includes unpublished material such as preparatory writings of The year of the death of Ricardo Reis and correspondence with Carmen Bacells or the writer Gunter Grass.

Jose Saramago. Their names It is accompanied by a small-format exhibition at Casa de América in Madrid until May 27, with a dozen photographs that speak of his connection with Latin America and in which he appears alongside Gabriel García Márquez or Benedetti, among others. (I)