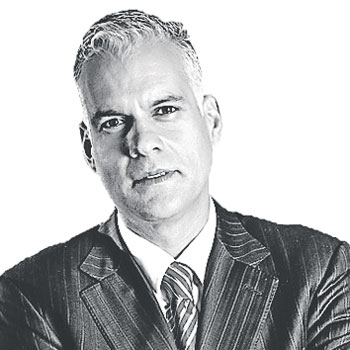 The assertion that for President Andrés Manuel López Obrador, the “world” is not his world seems more and more valid. And the most significant thing is that behind the fuss, accusations without clear foundations and accusations that harass and even offend entire nations and international organizations, little is realized about the damage that this entails and that sooner rather than later they will cause damage, or they are already causing it, to the economy and to the respectability on a global scale of the Mexican state. AMLO is right in that foreign policy is dictated by the president in turn, which in some way saves Marcelo Ebrard from direct responsibilities of the sea of ​​damage and nonsense that has become his dependency that day by day drops pieces a prestige that once, for many decades, came to have. And it is not that Ebrard is asked to become an emulator of one of his predecessors such as Alfonso García Robles (head of SRE with Echeverría), who even won a Nobel Peace Prize for his work for the denuclearization of Latin America. . No, it’s not that big of a deal, Don Marcelo is a good politician who in this field does nothing but follow the guidelines of his boss, although incidentally he takes a lot away from his own qualification to continue in the race for succession.

Let’s see if not. In the already long and unfortunate race of mistakes towards countries and organizations, there is no shortage of phrases from the head of the Nation that no one has to come to tell us anything, we are not a colony, we do not accept interventionist interference, we are no longer land conquest, etc. If it were and remained in rhetoric, anyone would understand it, but the truth is that the effects are visible and Andrés leads his regime to a state of confrontation by rejecting, for example, questions about the way in which issues are handled in Mexico. of human rights. One of his last diatribes was against the UN itself, whose experts determined that Mexico has a serious problem of unpunished disappearances (close to 100,000, a third of them in this administration) and that the participation of the Army in security tasks was not recommended. The president’s response, not very serene, by the way, was that “no one is going to put us in the dock.” Erratic, likewise, has been in his position before the war in Ukraine.

The attacks have already been quite numerous, such as against the OAS, since in his opinion “an organization that is not a lackey is urgently needed”, with the UN also for the issue of the distribution of vaccines and even for the failed sale of the plane presidential. He went over the European Parliament, which he called interfering and misinformed for the deaths of journalists and harassment of the free press. Let’s not say in particular with Spain, pointed out over and over again by the companies Repsol, OHL and especially Iberdrola, to which it does not go down as looters. As if that were not enough, he sends an ambassador, former Sinaloan governor Quirino Ordaz, who took months to receive the approval of the Spanish government, one more than a load of politicians who, like many of those he has sent abroad (the following is the “ ex” from Campeche Miguel Aysa), surely they have not seen diplomacy or in the movies.

However, the most serious thing is just ahead with the electrical issue to which the negative vote of the opposition (PAN, PRI, PRD and MC) today, Sunday, if something unexpected or some shady maneuver does not happen, could bury his much-publicized reform ” patriotic”. In any case, foreign investors continue to take note of the instability of the current Mexican government and have put large investments in power generation on hold. Without a doubt, this will change, and not for the better, the policies of the United States towards Mexico in economic matters, and it is obvious that there is deep discomfort in the White House due to the threats of even canceling contracts, as well as for including them in the bag of “interfering ”, in this case due to the aforementioned reform claim.

Meanwhile, it seems that the governors, all from the opposition, of Chihuahua, Coahuila, Nuevo León and Tamaulipas, handled themselves with better criteria to take action abroad, without the support of the central government, and deal directly with the difficult and somewhat xenophobic Texan Governor Greg Abbott (the best in the United States according to Trump), to cancel the “extra” review operations in the transit of transportation to that state and end the crisis, although it was also due to pressure from truckers from that state. country.

The truth is that, instead of a different attitude abroad, it raises concern that López Obrador seeks a Latin American leadership seeking support in nations such as Venezuela, Argentina (which is looming yet another political crisis) and some other similar countries. and related. like Bolivia. And it is that AMLO is not given this of global politics. The “world” is seen, it is not in his world.

AMLO, alone against the “world”?