Martin Uribe, professor at Columbia University and recognized as one of the most influential Argentine economists in the world, warned about the risks of hyperinflation in Argentina. “A situation of excessive deficit with a government that is divided, without a clear political course, are the basic ingredients of hyperinflation, so there are risks. The reason why we don’t have hyper now is, curiously, because we have signed an agreement with the International Monetary Fund,” this professor from the same university as the Nobel Prize winner told CNN Radio. Joseph Stiglitz and his disciple, the minister Martin Guzman, albeit with different thoughts about the country.

“The agreement is a minimum framework of fiscal discipline that perhaps contains the possibility of falling into the hyper. I am not saying that we are going to fall into hyperinflation, but the basic ingredients are there and it is important that this Government meets these minimum requirements that the Fund imposes on us,” he added.

I am not saying that we are going to fall into hyperinflation, but the basic ingredients are there and it is important that this Government meets these minimum requirements that the Fund imposes on us

Uribe has a doctorate in economics from the University of Chicago and a degree in economics from the National University of Córdoba. He taught at Duke and Pennsylvania universities and was an economist in the International Finance Division of the US Federal Reserve Board of Governors. His research includes the design of monetary and fiscal policies for macroeconomic stabilization. 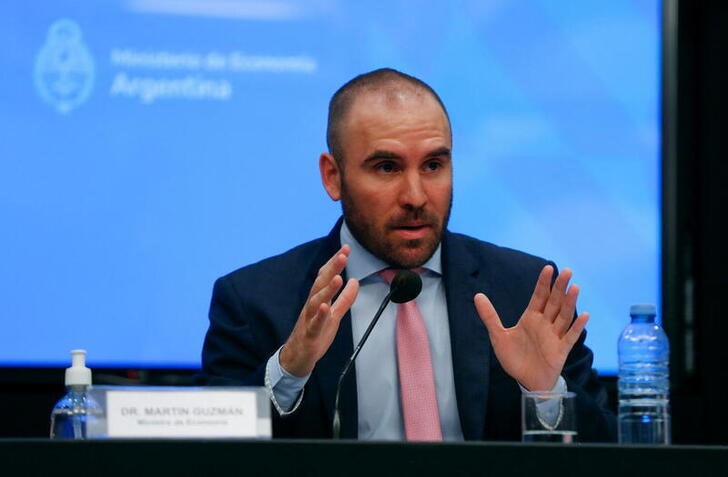 The Minister of Economy, Martín Guzmán

“In a country like Argentina, relatively large compared to the countries that have dollarized, it is not necessary. It can even be harmful. Using a foreign currency is expensive. It can cost us USD 2,000 million each year, in addition to not being able to make our own monetary policy”, he warned.

And he explained that there is a “seigniorage”, an income received by the Central Banks. “As the economy grows and because of inflation itself, people need more bills, more paper to function, pay salaries and make purchases. That is printed by the Central Bank that exchanges paper for goods. They are going to pass us dollars and we are going to send them goods”, he explained.

All in all, Uribe ruled out that the current situation in Venezuela can be compared with an eventual dollarization in Argentina. “Dollarization, like convertibility, is a quick vehicle to lower inflation. The problem is that it cannot be compared with Venezuela, which totally destroyed its currency before dollarizing. Their currency was no longer used, it had become barter. Our currency is badly beaten, but it is not totally destroyed”, he considered.

Why have the countries of the region managed to control inflation? “They found a way around it because they realized that central banks must be given independence. Here, the economy minister instead of bearing the cost of default what he does, in order not to go out through the small door, and I am talking about the ministers of the last 70 years, in the face of a fiscal downturn, he divides the costs with the Central Bank. Defaults a bit and emits a bit. No one knows who is to blame. The independence of the Central Bank is fundamental and rests on the shoulders of the President of the Nation”, said Uribe.

“Bolivia, Paraguay, Chile, Uruguay and Brazil have found their way around it. They have realized that and we have not. We continue to think that the finance minister can order the president of the central bank to print whatever he wants,” he noted.

The cost of the war: the UN warned that international food prices reached a new historical record
The Government threatens to stop the exports of refrigerators that do not comply with meat price agreements
Inflation: with one eye on the March index, the Government analyzes another rise in interest rates