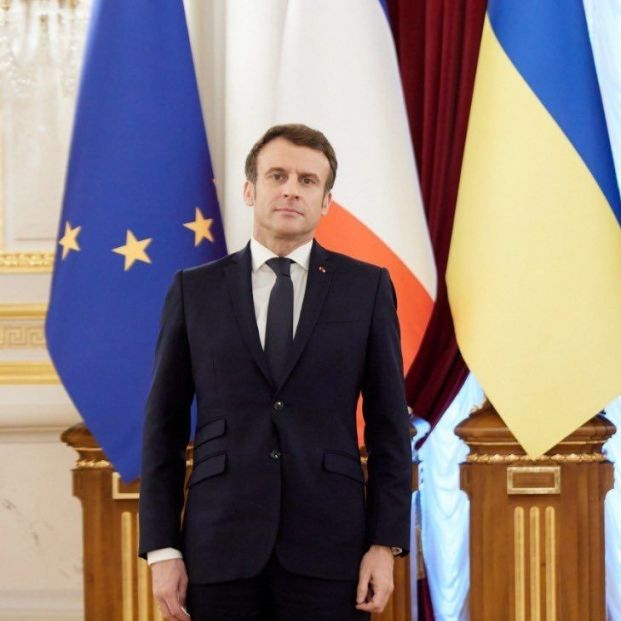 The writer annie ernauxwho recovers in Spain one of his first titles, the empty cabinetsconsiders that the re-elected president of the French Republic, Emmanuel Macron, is partly responsible for “a feeling of abandonment” on the part of the population of his country.

“What explains these elections is really the political system, the way political life works in France, which in the end has separated a large number of citizens. There is an almost monarchical functioning of the Government that is linked to the presidents of the Republic and, surely, Macron has caused those same effects”, he pointed out in an interview with Europe Press the candidate for the Nobel Prize for Literature.

Ernaux considers that this kind of ‘apartheid’ with some social classes goes back a long way. “There has always been that tendency, I have experienced it when I was young with De Gaulle and it was not a society with the same rights for all: on the contrary, it was very guarded and with a radio and a television that were not free”, he pointed out.

In any case, this situation does not consider it sufficient to lift his rival, Marie Le Pen, to the presidency. “There is an awareness of the people of what this government would mean, Le Pen has been unbelievable and even the most disappointed and vindictive can see that this woman does not have the capacity to be president and her decisions are dangerous,” he defended.

Precisely, in the empty cabinets There is also an underlying theme of the importance of social status in order to prosper in life, through a protagonist who years later would become Ernaux herself, self-fictioned in The event. Here, in this novel still without the voice of the ‘I’, we speak of a young woman who intends to ascend from a humble family.

“Undoubtedly the importance of social status and this emergence in the background of an entire population segment that has accessed through studies to a different condition from where they came from is a concern today. In my case, I have returned several times to that same topic with shame or that type of feeling that characterizes the ‘turncoat'”, the author ironized.

Nevertheless, Ernaux does not believe that today the social elevator has been “broken”. “It is a myth that has worked in recent decades, with a social lift that was not at all common in my time. Now it is not broken, what happens is that you have to differentiate between that class turnaround and social success , which is not the same”, he lamented.

the empty cabinets it is a novel “related to life, but also to the meaning given to youth” – there is also an episode of abortion, similar to the one narrated in The event -. “Above all, there is this desire to get out of my social environment, encouraged by the school,” she pointed out.

The French writer acknowledges that the decision to introduce this literature ‘of the self’ came through her readers. “It was not a sudden decision, but I do feel that readers have pushed or encouraged me to take responsibility for saying ‘I’. In any case, I think it is an autofiction assimilated by authors like Chateaubriand, which helps me to search for reality”, he concluded.

Annie Ernaux: “Macron has provoked a feeling of abandonment in part of the population”