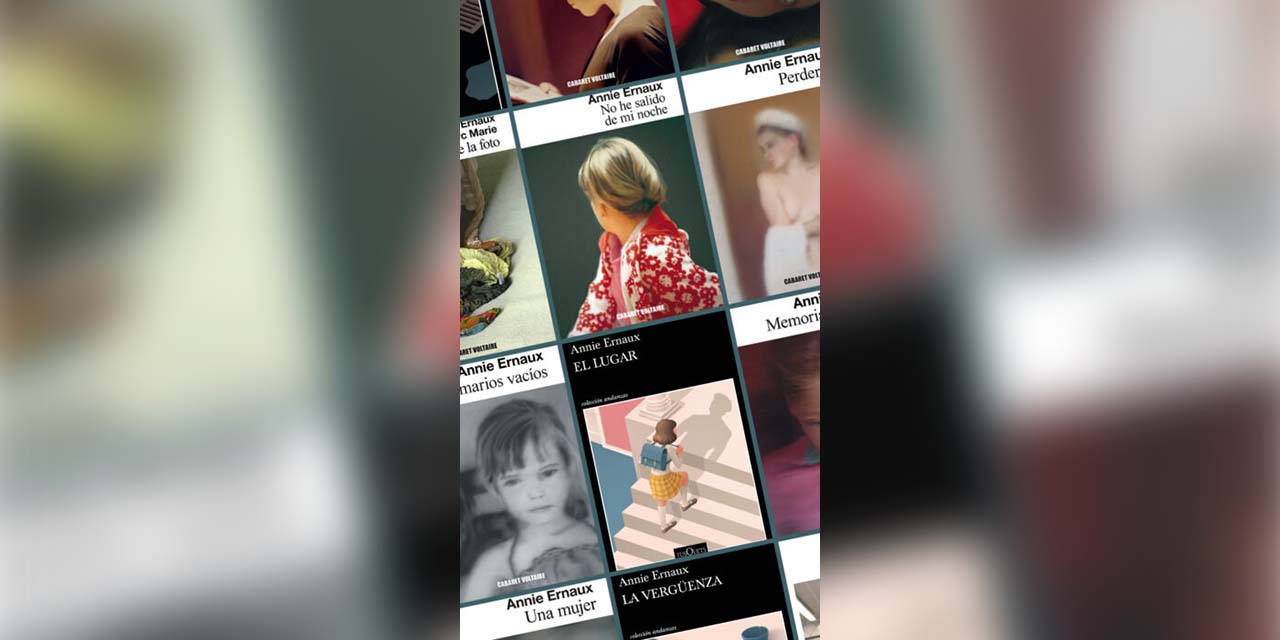 France decriminalized abortion in 1975. In an article written for the human rights organization Amnesty International, the journalist Vega Alonso del Val points out that this measure was approved after numerous protests and thanks to the impulse of the then Minister of Health, Simone Veil, who at that time argued before the public: “We cannot continue to close our eyes to the 300,000 (clandestine) abortions that mutilate women in our country every year.”

Eleven years earlier, in 1964, the writer Annie Ernaux was one of those women who risked having a clandestine abortion —with the dangers to health, legal security, and freedom that this implied—, with the aim of preventing a Unwanted pregnancy will truncate your life project.

That episode that Ernaux went through as a young college girl became one of her books, The eventwhich more than three decades later represented an opportunity for her not only to catharsis, but also to raise her voice for other women who had gone through something similar.

It is possible that a story like this provokes irritation or revulsion, or that it is considered in poor taste. The fact of having experienced something, whatever it is, grants the imprescriptible right to write about it. There is no lower truth. And if I don’t tell this experience until the end, I will contribute to obscuring the reality of women and I will side with the male domination of the world”, he writes near the middle of the work.

Published in 2000, The event is part of a vast production that on October 6 was recognized with the 2022 Nobel Prize for Literature. In announcing its decision, the Swedish Academy highlighted “the courage and clinical acuity with which (Ernaux) discovers the roots, distancing and collective restrictions of personal memory”.

Ernaux’s works, then, revolve around his accumulated experiences. They are stories about significant aspects and moments of his 82-year life. For example, his relationship with his father, exposed in The placeor the fact that his mother suffered from Alzheimer’s, about which he left a record in I have not left my night.

Due to the raw material of her books, her work is considered a “literature of the self” or, in the words of the Mexican writer and editor Elvira Liceaga, a “literature of intimacy” with its own value, although for decades it has been underestimated.

It is very, very important that they have given the Nobel to Annie Ernaux, because they are voices that are written from intimacy. So, I think they gave it to the literature of intimacy, which for so many years was excluded from the canons and which for me is the richest literature since the 20th century, and which is a large part of the reason why we read ”, Liceaga said in an episode of the podcast El Café de la Mañana, broadcast days after the announcement of the award for the French author.

Manuela Eusse Ruiz, an academic at the Paris Diderot University, told The Washington Post along the same lines: “For several decades Annie Ernaux has been cultivating a style of writing that is positioned a little bit almost as if in rebellion against the literary system ( …) They are works that he writes in a highly refined language, very simple, almost refusing lyricism and somewhat refusing to use the resources historically used by literature and by belles lettres”.

The event centers between the end of 1963 and the beginning of 1964, from the moment Ernaux found out she was pregnant until she managed to abort —without any kind of support from the man who was her partner—, to later reflect on what happened and the meaning What would that experience be like in your life?

A compact but solid account, it is not only written with clarity and precision, but also exposes the burden that fell on women facing an unwanted pregnancy in France at that time.

Getting pregnant without wanting it, according to Ernaux, was equivalent to a woman being caught between the scenario of being a mother by force or having to find the means to abort. In this context, the first option implied giving up personal choices; the second, the risk of being discovered and criminally prosecuted for a crime or, even, risking death due to a poorly practiced procedure.

In all his reconstruction, Ernaux embodies the honesty and conviction of someone who knows why he acted as he did, regardless of whether it meant going against the norms then in force, socially or legally. Furthermore, Ernaux reveals her annoyance with what she had to face, as well as with a system that denied her and other women in the same situation their right to decide. And before that, she writes as an act of protest.