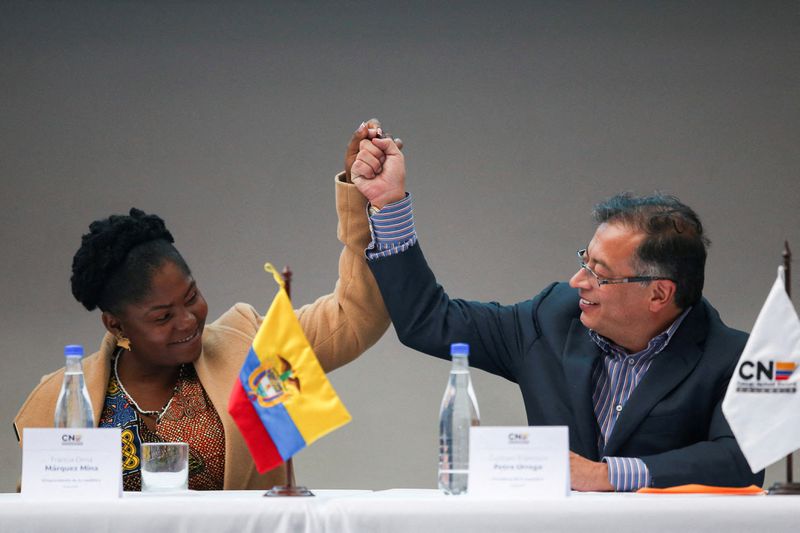 Less than two weeks before the change of command in Colombia, the elected vice president, Francia Márquez, will undertake a trip, where she will meet with several leaders of the region. Starting this Tuesday in Brazil, the tour also includes Chile, Argentina and Bolivia. Within the framework of meetings with different progressive leaders, Gustavo Petro’s running mate will meet in Sao Paulo with former president Luiz Inácio Lula da Silva.

Two weeks later these visits will return, when the presidents of Chile, Bolivia and Argentina attend the inauguration of the leftist government in Colombia, on Sunday, August 7. Without the presence of the Brazilian president, Jair Bolsonaro, The entrance of Petro and Márquez to the Palace of Nariño will be accompanied by various leaders of the region.

Márquez’s tour de France began this Tuesday in Brazil, where he met Lula in Sao Paulo. Leader and referent of the Latin American left, the candidate of the Workers’ Party (PT) today leads the race for the Brazilian presidential elections in October, where his main rival is Bolsonaro. After this meeting, Márquez plans to go to Rio de Janeiro.

Already on Thursday, the elected vice president of Colombia will arrive in Santiago, where she will meet with President Gabriel Boric. Both will meet again at the investiture that will take place this August 7 in Bogotá. Another of Márquez’s activities in our country will be a meeting at the Central House of the University of Chile, which will include the participation of the former mayor of Santiago, Carolina Tohá.

Márquez’s next stop will be Buenos Aires: there he will hold a meeting with the Argentine President, Alberto Fernández, to later be received at the Kirchner Cultural Center on Saturday 30. In the public act “I am because we are. A dialogue with Francia Márquez”, the elected vice president will be presented by the Nobel Peace Prize winner Adolfo Pérez Esquivel, with the participation of representatives of the Mothers of Plaza de Mayo, Afro organizations and social movements.

The last destination of the tour will be La Paz, since on Sunday 31 Márquez will meet with the Bolivian Vice President, David Choquehuanca. On Monday, August 1, a multinational meeting with social organizations of indigenous and peasant women is on the agenda.

As of August 7, Francia Márquez will become the first African woman to hold the position of vice president in Colombia, at the time that Gustavo Petro is sworn in as the country’s first leftist head of state. She originally from the department of Cauca, one of the hardest hit by the armed conflict, Márquez received the Goldman Prize in 2018, considered “the green Nobel”, for his activism against illegal mining in his region.

A lawyer by profession, Márquez competed in the Historical Pact primaries, where despite losing to Gustavo Petro, she won a significant number of votes. Her speech against inequalities, along with her commitment to racial struggles and feminism, led her to gain prominence from her place as a candidate for vice president, attracting the attention of the international press along the way.

One of his most important campaign proposals was the creation of a Ministry of Equalitywhich would be led by her and would work for women and the Afro-Colombian population.

Meanwhile, for August 7, the delegations of countries that will participate in the presidential inauguration ceremony of Gustavo Petro are already being confirmed. Among the presidents and heads of state who will see the leftist receive the presidential sash There will be the aforementioned Gabriel Boric and Alberto Fernández, in addition to the current President of Bolivia, Luis Arce. Completing the axis of progressive leaders in Latin America are Xiomara Castro, from Honduras, and the first lady of Mexico, Beatriz Gutiérrez Müller.

Also present will be King Felipe VI of Spain, and the leaders of Ecuador, the Dominican Republic, Panama, Paraguay and Costa Rica, in addition to the vice president of El Salvador and representatives of the Netherlands, which govern the neighboring island of Curacao in the Caribbean.

These are the leaders that are confirmed so far, although it is expected that more will be integrated as the days go by. The inauguration will also be attended by the foreign ministers of Cuba, Portugal and Serbia, along with parliamentary delegations from the United Kingdom, Japan and Korea.

Appointments with Boric, Lula and Fernández: the tour of the elected vice president of Colombia through the region – La Tercera