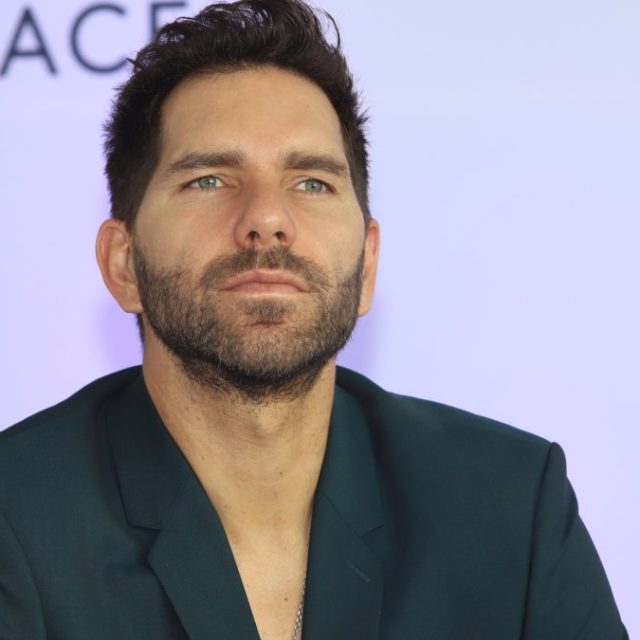 THE NEW NEWSPAPER, DIGITAL WRITING. – The Dominican cinema chain Palacio del Cine will be the stage where the trailer and press conference of the movie “Ganas de Ganar” will be projected, where the Mexican actor Arap Bethke is the protagonist, along with a cast of important Dominican actors.

The feature film directed by director Daniel Polanco, under the production of Elisa Ogando, is a piece that denounces how far the ambitions of power can go and how it can transform the most neat of mortals into corrupt people capable of selling even their own family.

After several visits to the Dominican Republic for outstanding participation in film awards and festivals, Bethke did not hesitate to agree to come to the country again to film this film, as she has done in other important film meccas.

Arap has stellarly participated in successful and recognized productions for Televisa that have gone around the world, some of the most outstanding being: ́ “La Usurpadora” available on Amazon Prime Video, “Clase 406”, “RBD La Familia” and “ My generation”. On Telemundo she participated in productions such as “Doña Bárbara”, “Los Victorinos”, “La Diosa Coronada”, “Tierra de Pasiones”, “Madre Luna”, “Señora Acero” and “Eva La Trailera”, among many others. He is currently one of the protagonists of the new series “Looking for Frida”.

Arap Bethke was born in Nairobi, Kenya and raised in Mexico to a German father and a Chilean mother. He is a renowned actor with a very successful career working primarily in Mexico, Latin America and the US Hispanic market. Many of the projects in which he has been traveling around the world are, “Club de Cuervos” and “La Piloto”, both currently available on NETFLIX.

Throughout his ascending and impeccable acting career, Arap has to his credit more than 12 films and over 25 productions for television and OTT digital platforms. His outstanding work in film, television and theater has earned him various awards and recognitions. He has been the face of international brands for advertising campaigns, as well as hosting multiple television shows and award ceremonies.

His most recent films are “Guadalupe Reyes” and “Sin Origen”, now on AMAZON. He will soon premiere two new films in Mexico “Permitidos” and “Mal de Ojo”, in which he stars. Both productions were shot in Aztec lands in October and November 2021.

Besides acting, Bethke has another great passion, winning the battle against the climate crisis. That is why she joined Greenpeace Mexico as a spokesperson for the ‘Responsible Consumption’ campaign, which calls for adopting a lifestyle that protects our planet.

Like the mayor of Santo Domingo, Doña Carolina Mejía, the actor was chosen among “The 100 most influential Latinos committed to climate action 2021.” The conglomerate of great figures of art, politics and business brings together the most influential individuals who have assumed the commitment to watch over and care for our natural resources. Within this list are Gael García, Shakira, Carlos Vives, Pope Francisco, Penélope Cruz, Javier Barden, Fher from the Maná group, Diego Luna, Eva Longoria, among others. By coming to our country you will also be participating in one of the environmental care movements, you are pleased to be able to support our island.

Actor Arap Bethke was named Ambassador of the Environment in Mexico by The Climate Project Mexico. She is also a spokesperson for “The Climate Reality Project” joining Nobel Laureate and former US Vice President Al Gore at the eighth edition of the “24 Hours Of Reality broadcast, Project Our Planet, Protect Ourselves” event. to our planet, protect yourselves). He is also a spokesperson for the campaign “The Ocean: The Great Provider” (The Ocean: The Great Provider), an initiative of the environmental organization Sachamama, which highlights the need to take climate action to ensure that the ocean can continue to be a source of life and sustenance for our planet and our communities.

Bethke’s outgoing personality is the perfect match for her hobbies, which include surfing, biking and motorcycle riding, cooking, and traveling. She very much enjoys reading books and watching movies.

This charismatic actor has been hired by Ellians Films Produze to star in this film and will share a role with the prominent Dominican actor Christian Álvarez, serving as brothers, separated by a kidnapping at a very young age according to the plot of the film. The first actress Bernardita García also participates in the film, Angely Baez in a leading female role and Orlando Almonte in his first antagonistic role, giving great support to the story.

Arap will be sharing with important personalities from the tourism sector, and government authorities with whom he will also be discussing possible collaborations.