“The key players in the process of improving the productivity and competitiveness of a country are the scientists,” he said. Daniel Filmus in dialogue with Infobae. On the occasion of Scientific Researcher Dayfrom the Ministry of Science and Technology they pointed out that Argentina has the largest number of scientific researchers per inhabitant in Latin Americawith 3.18 per thousand economically active people. “We have very high-level Argentine developments that we are exporting today,” the minister stressed.

Every April 10, the Day of the Scientific Researcher is celebrated and, in addition, the Day of Science and Technology. This date was chosen as a tribute to the doctor Bernard Houssay (1887-1971), who was the first Nobel Prize in Latin America in science for his work at associate diabetes with the pituitary gland. An advance that revolutionized the treatment of this disease. However, that was not all, since it was also the promoter of the creation of the National Council for Scientific and Technical Research (CONICET).

Argentina: the country with the most scientific researchers per thousand PEA

In 2020, as indicated by the MINCyT, 90,397 people dedicated to research were registered, among which not only researchers appear, but also fellows of all levels of professionalization of the career. From this number, 21,850 belong to CONICET, while the remaining 68,547 are part of other public and private entitiesamong which are universities, national commissions (CONAE, CONEA, among others) and institutes (such as INTI and INTA), as well as companies and organizations. 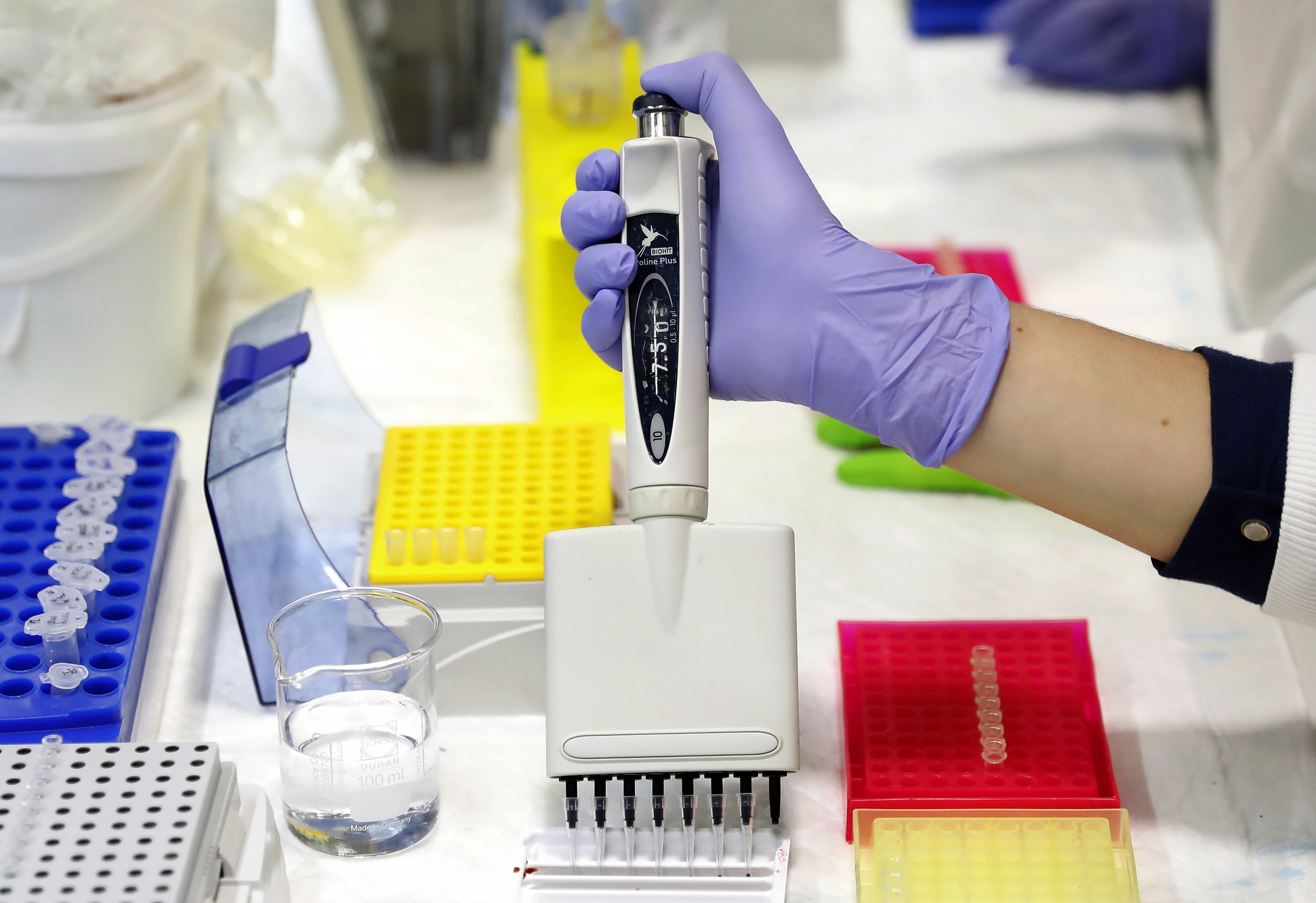 In 2020, as indicated by the MINCyT, 90,397 people dedicated to research were registered, among whom not only researchers appear, but also scholarship holders of all levels of professionalization of the career EFE / Andreu Dalmau / Archive

As explained by the national scientific portfolio, Argentina is at the forefront of Latin America in number of scientists. “To make the international comparison, the indicator used is researchers expressed in full-time equivalent per 1,000 members of the economically active population (PEA)”, they assured. Even, according to MINCyT estimates, in 2020 there were 1992 people doing research for every million inhabitants.

In addition, from the Ministry of Science and Technology, in what refers to scientific human resources, it affirmed that in Argentina there are 3.18 people doing research for every thousand PEA. It is followed by Brazil (with 1.68 researchers per thousand economically active people), Uruguay (1.41) and Chile (1.01).. Although, as far as the world is concerned, it is still below Spain (with 6.25 researchers per thousand economically active inhabitants), Canada (with 8.4), the United States (with 9.51) and Portugal (with 9.55).. There are even nations that have more than 10 scientists for each PEA, such as Germany, France or South Korea.

“The enormous responses that scientists have given in the context of the COVID-19 crisis, for example, are a clear reflection of the process of improving productivity and competitiveness”, pointed out Filmus in dialogue with Infobae. While he assured that “we have Argentine developments of the highest level that we are exporting todayand this could be done because there is a basic science in Argentina, which is very good”.

Likewise, the national official assured: “I am very proud of our Argentine scientists, of their work, their commitment and their adaptability. On this day I hope that as a Ministry and as a society, we have the ability to awaken early vocations in science. Our goal is to make science fashionable, and I hope we never lose sight of that. We have to be proud of these achievements, so on this day, I thank all the researchers in the country.”

8 files of missing scientific researchers were reconstructed by CONICET

On March 24, within the framework of the National Day of Remembrance for Truth and Justicethe National Council for Scientific and Technical Research (CONICET) reconstructed, for the first time, the history and information of the files of eight members of the organization victims of State terrorism, who were handed over to relatives and close friends. 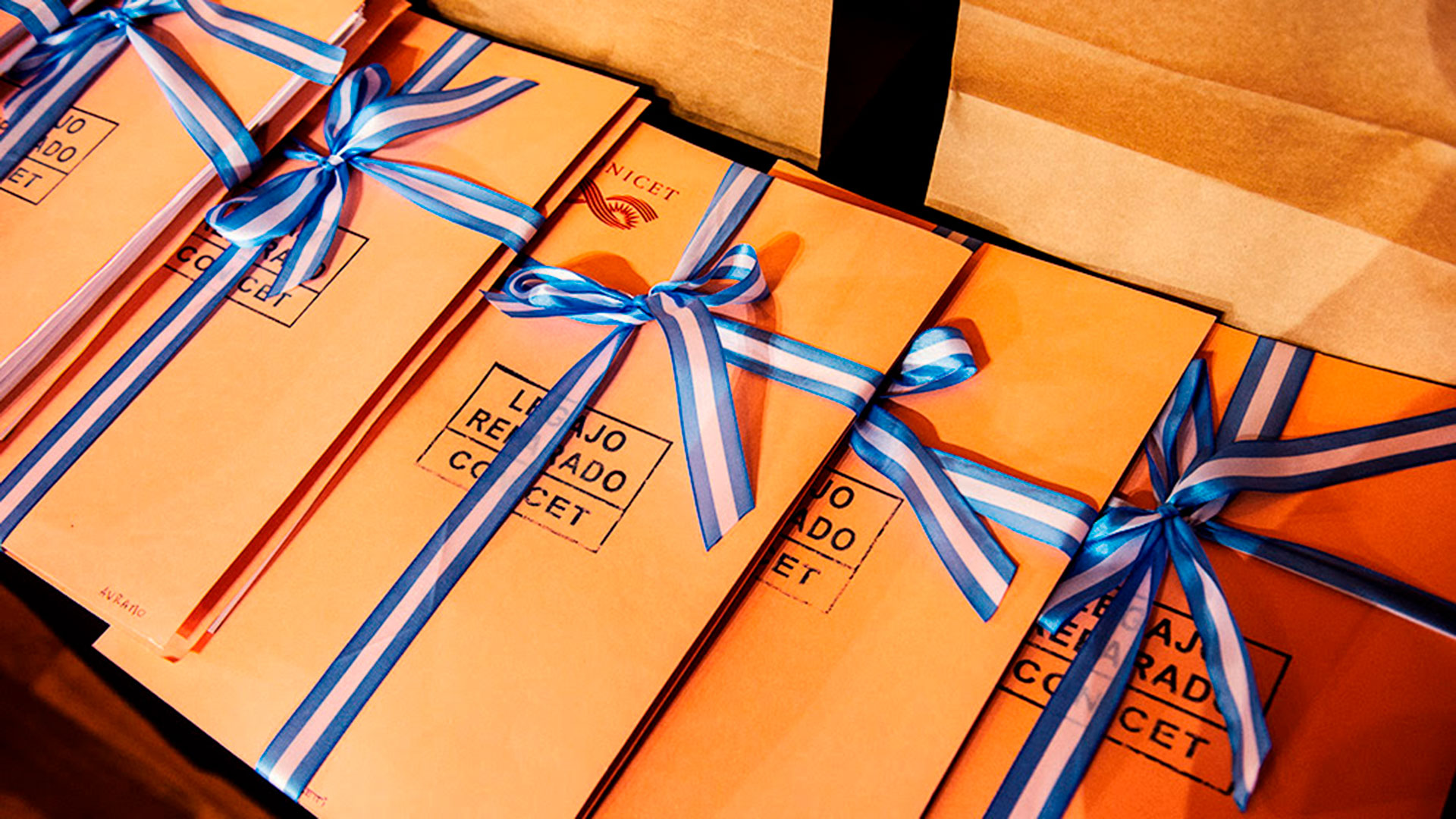 The National Council for Scientific and Technical Research (CONICET) reconstructed, for the first time, the history and information from the files of eight members of the organization who were victims of State terrorism, which were delivered to relatives and close friends. (CONICET – MINCyT)

Present at the event were the President of the Nation, Alberto Fernández; the Minister of Science and Technology, Daniel Filmus; and Horacio Pietragalla Corti, head of the Human Rights Secretariat; in addition to members of the CONICET Board of Directors, national ministers, directors of CONICET from all over the country, authorities and representatives of National Universities and science and technology organizations, and Human Rights referents.

The 8 scientists whose files were reconstructed were: Dante Guedemember of the Support Personnel Career (CPA) at the Argentine Institute of Radio Astronomy (IAR); Alicia CardosoCPA of the Institute of Astronomy and Space Physics (IAFE); Liliana Gallettifellow at the Faculty of Humanities of the National University of La Plata (UNLP); Mario Oreste Galuppofellow at the National Technological University (UTN) Rosario; Federico Gerardo Luddenscholarship holder of the Faculty of Exact Sciences of the UNLP; Martin Toursarkissianresearcher at the Argentine Museum of Natural Sciences “Bernardino Rivadavia” (MACN); Manuel Ramon Saavedra, librarian at MACN; Y Roberto Luis Lopez AvramoCPA at the “Ángel H. Roffo” Institute of Oncology.

In the technical report presented by the CONICET Memory Commission, revisions were made of all the resolutions of the organization between 1976 and 1983, and It also recognized those “dismissed, exonerated, exiled, discharged and those who were prevented by the military government from continuing their investigations.”.

Nuclear physicist Daniel Bes was distinguished as Researcher of the Nation 2021 for his extensive career
Who were the 8 missing scientific researchers whose files were reconstructed by CONICET
What is the prize that distinguishes Argentine scientific innovation about?

Argentina has the largest number of scientific researchers per inhabitant in Latin America: “We have developments of the highest level that we are exporting”