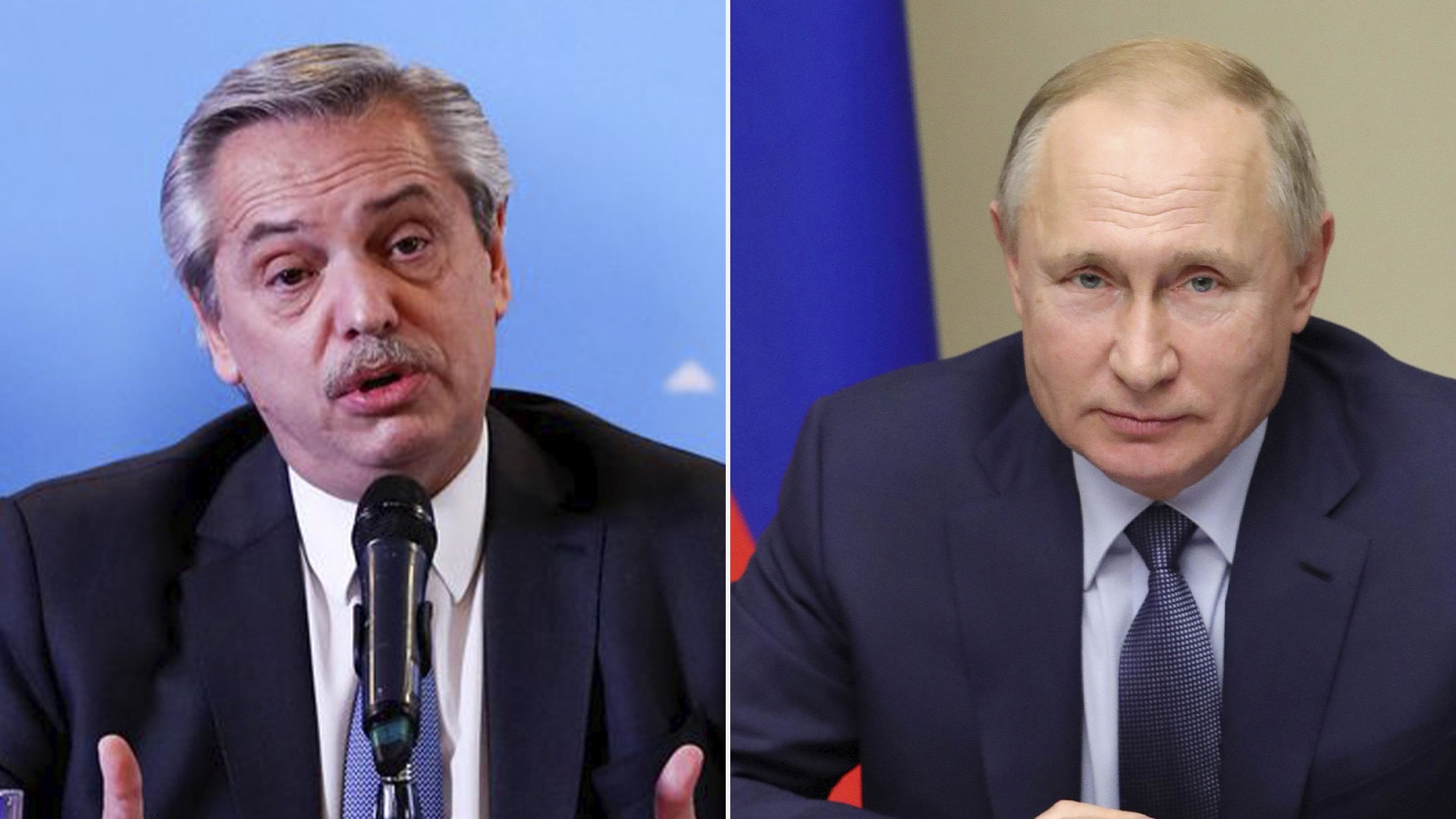 Fortunately, there is literature on the subject of inflation that clarifies the issue of exogenous expansion -that is, foreign to market decisions- as the cause of this evil that distorts relative prices. Perhaps it is not necessary to repeat that prices are the only indicators to know how to allocate the always scarce resources against unlimited needs. The aforementioned distortion inexorably leads to waste which, in turn, consumes capital that leads to the contraction of wages and income in real terms since the capitalization rates are the only factor that allows improvements in the standard of living.

Now, in a free society that allows people to choose the monetary asset they like, this context does not necessarily translate into maintaining the quantity of currency. If you give a higher value to the monetary unit, a signal will be transmitted to increase its production. For example, this happened during the gold standard: granting a higher price to the gold-bearing metal led to greater extraction, which is a phenomenon endogenous to the market. Of course this is not inexorable since people may also prefer a constant amount of money. In any case, it is essential to clarify the analytical difference between what is exogenous, that is, what is political, what is alien to the market, with respect to what is endogenous, which alludes to people’s preferences.

In this sense, it is pertinent to show, by way of example, that if there is a devastating earthquake, there will naturally be fewer goods available to people and with the same amount of currency at the time of the earthquake, prices will rise, which is the same as saying that purchasing power or the value of the monetary unit decreased. But this is an endogenous phenomenon, it has nothing to do with political or exogenous manipulations. It is natural and necessary that this adjustment occurs to show what is really happening. Changes in relative prices also occur when something changes in fashion or when tastes change, they are all endogenous events that have nothing to do with political decisions foreign to the market.

The opposite would be to enter into a gibberish of proportions since the talk would be about good or natural inflation (when prices rise due to endogenous causes) and bad, unnatural or exogenous (when politicians interfere with the quantity of money). This classification would be totally inconvenient and inappropriate since the prices and the quantity of money must reflect what is happening.

Undoubtedly, if you are in a silver standard system and abundant deposits are discovered, the marginal utility of that metal would drop to such levels that people would change their monetary standard. We can say the same about any other money-commodity, basket of fiat currency or whatever people prefer, without in any case being irrevocable positions, everything depends on people’s inclinations.

All this reasoning, of course, assumes that we have put aside the trickery of the so-called “monetary authority” or central bank, which, as has been pointed out on many occasions, only have three paths at their disposal: expand, contract, or leave the monetary base unchanged, thereby always altering relative prices, that is, they would necessarily be different from what they would have been had the government not interfered. On the other hand, if central bankers are supposed to do the same thing that people would have preferred, there is no point in intervening with the consequent saving of fees, but to know what people prefer, the only way is to let it manifest freely. The same reasoning applies if the monetary authority proceeds independently of other arms of political power, since it will be wrong independently. The problem is central banking.

As is public knowledge, in an extreme example that has its pitfalls, some historians have pointed to “inflation” produced in the past when gold from the colonies arrived in the Spanish metropolis, but strictly speaking this is not the case because of what was previously expressed (leaving side possible manipulations of the crown and its “advanced” in the colonies). If there is no monetary manipulation by the “authority” in the matter, technically there is no inflation. To abound in examples, if a large-scale drought occurs, the prices of agricultural products will rise, but for the reasons indicated, it is not inflation in the sense of the process indicated, that is, prices do not change due to what takes place in the market but due to the whim of politics. Of course, in many cases like the one mentioned, only the prices of some products rise, which will necessarily cause others to fall in the absence of a central bank that does not validate that rise with monetary expansion. But it is also possible to imagine increases in all available goods as we have shown above in the case of the earthquake or equivalents without entering into the aforementioned gibberish of “good inflation, wanted by the market or consequence of what happens in reality” and the “bad due to the meddling of governments and their representatives.”

Having said this, let us mention the case of war, in our case Putin’s criminal invasion of Ukraine. As a consequence, there are products that suddenly rise in price. This presents three possible scenarios. First, in line with what has been said, that people want to continue consuming the same amount of the products in question, so they will be forced to reduce the consumption of other goods that will consequently drop in price. Second, that people decide to reduce their consumption of the goods that increased their prices in order to be able to continue consuming the same quantity of the others. And third, that simultaneously the government expands the currency with which the prices will also be the result of the consequent inflation that, in addition to the problems of the war, the situation is aggravated by this government interference in monetary matters. In other words, war as such does not produce inflation, what it generates is a destruction of goods that translates into price increases, in this sense the same as an earthquake, but analytically it is important to differentiate the aforementioned phenomena.

In other terms, an earthquake or for that matter a tsunami are not inflationary since prices are reflecting what is happening which is absolutely necessary, however monetary manipulation through central banking and the like do not reflect what is happening but rather the will of the bureaucrats Here is the distortion of reality. There is a crucial difference in nature.

It should also be taken into account that changes in the demand for money due to endogenous reasons do not translate into monetary deterioration, this only occurs when these changes are due to interventions of the money sign outside the market, that is, due to political reasons. Perhaps it is worth mentioning as a side note that cryptocurrencies present some questions as they run up against the monetary regression theorem.

The other war that is not worth dwelling on again because its stupidity ad nauseam has been pointed out, is the one decreed by governments against their own policies of monetary expansion via price controls and other egregious absurdities, time and time again failed. These are the two different wars referred to in the title of this telegraphic note.

I also point out that given the debate that has arisen around a possible Argentine monetary and banking reform, I highlight the colleagues from whom I have learned different facets of the matter, who have presented different variants, but I must emphasize that what follows does not mean for nothing to compromise their opinions (and neither did what was said above, everything is my sole responsibility). In addition, I once again point out that the paths to reach goals of monetary discipline are very diverse. These economists are Adrián Ravier, Federico Struzgenegger, Javier Milei, Emilio Ocampo, Jorge Ávila, Iván Carrino, Martín Krause, Julio Elías, Agustín Etchebarne, Bertie Benegas Lynch and Alfredo Romano. My suggestion is summarized in the following capsule in six steps: 1. Delivery of dollars to holders of pesos (monetary base) that includes the sale of gold, which will result in the ratio that corresponds to this relationship, which may be modified, for example, by the entry of dollars into circulation of holders outside the circuit or abroad 2. Substitute titles and repos for bonds with US jurisdiction in dollars at the market rate 3. Convert the entire banking system to off shore (Luxembourg, Singapore, etc.) so that financial institutions operate according to convenience of its clients 4. Repeal all legislation that opposes what has been said (exchange criminal law et al) 5. Consequent liquidation of the central bank and the compulsory course; and 6. Choice by the government of the currency in which taxes and equivalents will be paid.

In my opinion, if the political situation makes it impossible to move forward with the Hayekian proposal summarily outlined here that opens a process of evolution towards monetary and banking soundness, the forced course of the peso and concomitants should at least be eliminated to allow de facto currency competition. even with the institutional weaknesses and risks of going back to the old ways, in the first instance of a kind of bi-monetarism with a greater probability of dollarization given the availability and familiarity with that currency subject to the manipulations of the Federal Reserve, which would undoubtedly improve the local situation in terms of the degree of the problem but not in its nature. Let’s see if one way or another we can escape from what we economists elegantly call “inflation” but which is the most brutal underhand looting.

I close this note with a couple of reflections that go beyond the monetary side to telegraphically address more general aspects. In the first place, it is pertinent to emphasize that nothing in life is free, every action has a cost, so it is one thing to point out that the adoption of substantive measures will have a cost and quite another is the need to emphasize that this cost will be enormous. lower than the cost of not adopting the appropriate policies to get out of the morass. Secondly, it is a truism to insist on what I have repeated before, and that is that academic language is very different from political language. In the first one aims for the best -excellence- while in the second one does what is possible after agreeing with the counterparts, that is one of the key edges of the democratic process but it is highly relevant to understand that the The first field determines the second in terms of shifts in the axis of debates in public opinion, hence the importance of the cultural battle.

The madness of a country with 70% inflation: food purchases fall, but consumption flies