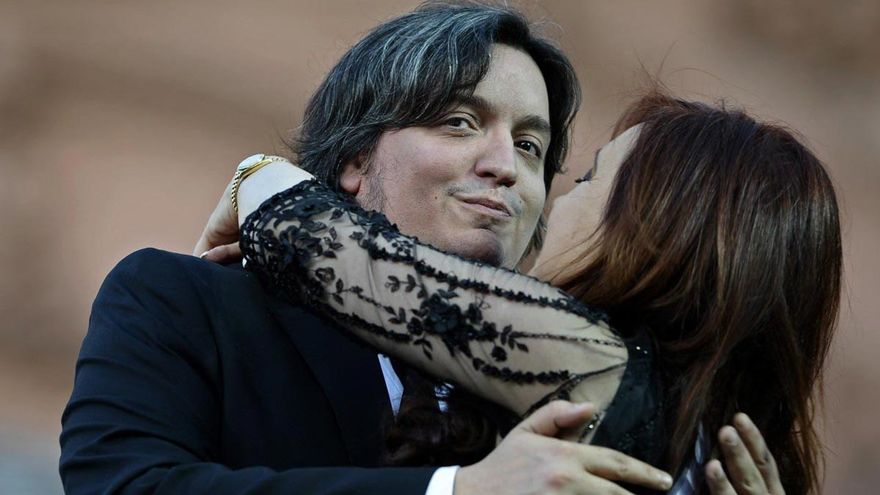 The Argentine President Alberto Fernandez landed in frozen Moscow with an ear to that political volcano that smokes in Buenos Aires. The agreement with the International Monetary Fund (IMF) last week has given him an ephemeral peace of mind. The front of allthe set of branches of Peronism that has governed since the end of 2019, is about to enter into an eruption with no return as a result of the conflicting views on the scope of the agreement.

Over the next two and a half years, the financial institution will refinance capital and interest maturities for $43 billion. The price of avoiding the suspension of payments of a debt contracted by the previous right-wing government could not prevent the rift from deepening between the members of a coalition that has Cristina Fernandez de Kirchner as its main shareholder.

Maximo Kirchner, his son, decided to resign from the leadership of the block of deputies of the Front of All, a measure apparently not shared by his silent mother. Máximo explained through a letter his disagreements with “the strategy usedagainst the IMF, as well as “the results obtained.” Kirchner Jr. was careful to speak this time of “adjustment,” but no one was unaware that this was the reason for his discomfort.

He is convinced that a country with more than 40% poor can’t stand a new cycle of austerity. But, in addition, other leaders of his space consider that Peronism ended up validating the liability that the president Mauricio Macri contracted in 2018. That unprecedented credit in the history of the organization, which had Donald Trump as the main guarantor, due to his interest in Macri’s re-election, served in part to finance a huge capital flight. Fernández did not tire of repeating it when he was running for president. The pandemic, the economic debacle and a crude dose of realism forced him to forget about his diatribes.

The Kirchner son’s door slam arrived before Fernández’s meetings with Vladimir Putin and, on Friday, with his Chinese counterpart, Xi Jinping, in the framework of the Beijing Winter Olympics. Both meetings had been planned with a clear purpose: to demand investment and financing. The agreement with the IMF had to function before both as proof that the worst scenario had been left behind. The resignation of Kirchner Jr. It has not only made the president’s optimistic arguments less consistent. Fernández’s entourage now fears a major shock in the Frente de Todos that further limits the possibilities to retain power in 2023.

The discussions between Peronists they are a classic of Argentine political culture. They couldn’t be on the sidelines this time. “Do you not like the agreement? And well, let’s wait for the next one when you are president,” Security Minister Aníbal Fernández reproached the vice president’s son. Even the right-wing opposition tried to take advantage of these disputes. “The internal situation of the ruling party generates a uncertainty that, at this critical moment, does not help at all,” said the mayor of the city of Buenos Aires and presidential candidate next year, Horacio Rodriguez Larreta.

Complaint of the hard Kirchnerists

Days ago, the Government believed to have sung victory. Fernández himself said then that the IMF did not demand a labor or pension reform. Not even a devaluation. Until the Nobel Prize in Economics, Joseph Stiglitz, considered that the agreement “provides Argentina with space to continue with its economic recovery.” It is not what Kirchnerism thinks, and they look at the agreed numbers. For this year, the budget contemplated a deficit of 3% of GDP. Now it will be 2.5%, while it has been defined to be 1.9% and 0.9% in 2023 and 2024. An IMF mission will review compliance with these goals every three months in Buenos Aires. “We have become a semi-colony,” the hardline Kirchnerists complain.

The agreement with the IMF must be approved by Congress. The vice president’s supporters have 40 deputies. The right warned that it will endorse the understanding only if the fractious faction does the same. The Government has already detected that these discussions cause concern in the financial institution. The call Law to Strengthen Public Debt Sustainability it must be given the green light before March 21, when $2.8 billion of IMF debt comes due. The Central Bank does not have that money.

Argentina’s agreement with the IMF sparks discord in Peronism