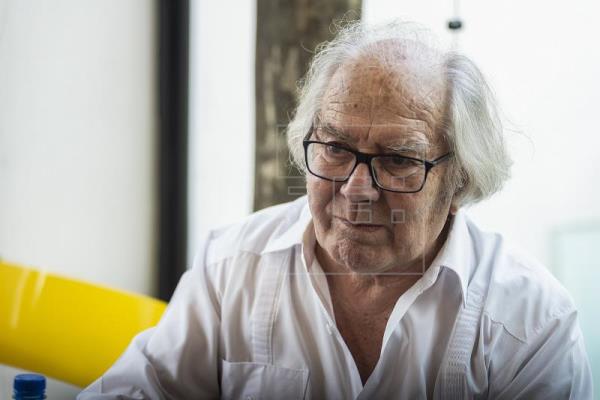 The 1980 Nobel Peace Prize winner, Adolfo Pérez Esquivel, an active reference for the defense of Human Rights, president of the ecumenical Christian organization, Peace and Justice Service (Serpaj) and detained for more than a year during the last Argentine dictatorship ( 1976-1983), he turned 90 this Friday.

On the day of his birth, the head of Serpaj was congratulated by countless institutions and people, including the Nobel Prize committee and the president of Bolivia, Luis Arce, who sent him a big hug for his birthday.

Recognized in 1980 with the Nobel Prize for his contribution to the establishment of Peace, Justice and the non-violent defense of Human Rights in Argentina and Latin America, Pérez Esquivel received this award on behalf of the peoples of America:

“I feel moved and at the same time committed to redoubling my efforts in the struggle for peace and justice. Since Peace is only possible as a result of Justice, that this true Peace is the profound transformation of non-violence that it is the force of Love”, he expressed then.

The son of a Galician immigrant and an Argentine descendant of Guarani, Pérez Esquivel was born in Buenos Aires on November 26, 1931. He was the third of the four children born to the marriage.

When his mother died, economic difficulties prompted his father to return to Galicia to work as a fisherman and be able to send money to his children.

At the age of 3, Adolfo was a pupil in the Spanish Board of the Argentine capital, later he lived a period with his maternal grandmother Eugenia and finally returned with his family to the Buenos Aires neighborhood of San Telmo, where he finished his studies in a Franciscan school. , training that profoundly influenced his thinking

Despite economic difficulties, he managed to study architecture, dedicated himself to the plastic arts, taught and is the author of several books. He is married to Amanda Guerreño, whom he met during his studies and with whom he has three children.

In 1974, together with various ecumenical Christian groups, he created the Peace and Justice Service in Argentina and Latin America.

A few years later, he participated in the formation of the Permanent Assembly for Human Rights, an organization that played a fundamental role in the registration of complaints and testimonies from relatives of the disappeared or victims of state terrorism in Argentina.

In 1976, with the aim of designing programs for the development of native communities and other needy groups in Latin America, he began touring different countries.

DETENTION IN THE DICTATORSHIP

On April 4, 1977, he was arrested by the Argentine dictatorship, was imprisoned for 14 months during which he suffered torture and survived a “death flight”. Due to international pressure he was released in 1978, when the country was celebrating the World Cup.

Regarding the horrors he experienced in those years, he expressed: “I do not hold hatred or grudges, what we seek is truth, justice, reparation for the damage done so that it never happens again.”

AFTER THE NOBEL PRIZE

After the Nobel, Pérez Esquivel was a member of the executive committee of the UN Permanent Assembly for Human Rights, he also participated in various international missions and in conflict resolution campaigns.

He is president of the Honorary Council of the Latin American Peace and Justice Service and of the Provincial Commission for Memory, the International League for Human Rights and the Liberation of Peoples, based in Milan, and a member of the Permanent Court of Peoples based in Rome.

In 2020, on the 40th anniversary of the award, the Casa Rosada paid tribute to him and Pope Francis dedicated some emotional words to him: “Thank you, Adolfo, for your testimony in the beautiful moments but also in the painful moments of the country. For your word, your courage and your simplicity”.

At 90 years old, Pérez Esquivel continues his work for Human Rights at the Peace and Justice Service Foundation and actively participates in the “Children’s Village Project for Peace”, a program that assists minors in precarious social situations.