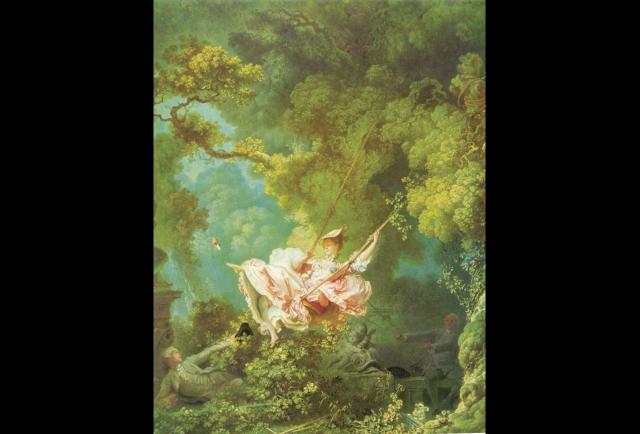 From Ancient Rome to the present, artists of various branches have put their talents at the service of love and romance. On this Valentine’s Day we highlight some of them

Every February 14, Valentine’s Day or the Day of Love and Friendship is celebrated —as it has been adapted in various Latin American countries—, a celebration dedicated to highlighting the affection between couples and the nature of love in its various facets. However, there is no known single origin story for this significant day.

According to reports from some historians, the origin of this festival is located in Ancient Rome, in the celebration of the lupercales, also called lupercalia. This party was celebrated before diem XV Kalendas Martias, equivalent to February 15. Supposedly the word derives from lupus (wolf), an animal that represented the god Faun, who took the nickname of Luperco; and hircus, for the male goat, an impure animal, according to an investigation by National Geographic. “The acolytes met in a sacred cave and, following tradition, the priest sacrificed a goat and then the children went out to the street to whip the women with the skin of the animals to encourage their fertility,” notes the research.

Jane Austen was the seventh child and second child of Reverend Reverend George Austen and his wife Cassandra Leigh. Neither she nor her only sister ever married. However, his knowledge of English society at the time and his sensitivity to husbands’ treatment of their wives enabled him to write his first books in the 1790s: ‘Sense and Sensibility’, ‘Pride and Prejudice’ and ‘Northanger’. Abbey’. Then between 1810 and 1817 she wrote ‘Mansfield Park’, ‘Emma’ and ‘Persuasion’. Her legacy in the writing of romance, family relationships and friendship in the midst of challenging socioeconomic situations in England has cemented her as one of the most important references in this literary genre.

Another theory that has been held goes back to a Roman festival called Juno Februata. In this party it was customary for young men to choose the name of their partner during those days, extracting a piece of paper with the name of the girl in question from a box. These temporary sexual unions sometimes ended in lasting marriages, as indicated by the specialized magazine. So too, comes the most accepted theory: the story of the young priest Valentin and his challenge to the orders of Emperor Claudius II, the Gothic.

This story is set in 3rd century Rome, when Christianity was beginning to spread and Emperor Claudius II the Gothic ruled. This promulgated a law that prohibited the marriage to the young people so that they could enlist in the army. It is then that, in disagreement with said law, the young priest named Valentin decided to defy it and secretly celebrated marriages between young lovers, also managed to convert many to Christianity and assist prisoners before being tortured and executed.

The poet, considered one of the most important in the romantic and natural narrative of Latin America, studied with the poet Gabriela Mistral, was a friend of important writers such as Federico García Lorca, Rafael Alberti and Miguel Hernández. He also held positions of diplomatic representation as Chilean consul in Burma, Singapore and Java. He was an activist for the pacifist and anti-fascist causes that plagued Chile. In 1924 he published the work ‘Twenty love poems and a desperate song’, being one of the best-known collections of love poems in contemporary poetry. The Latino also wrote works such as ‘The Captain’s Verses’ and ‘One Hundred Sonnets of Love’ as a result of his relationship with Matilde Urrutia. In 1971 he received the Nobel Prize for Literature. His work comprises 45 books and is one of the most important in Latin American literature.

However, despite his efforts, Valentine was captured and on February 14, 269 he was stoned to death and beheaded. Legend has it that Valentine, being in love with the daughter of a Roman officer, Julia, sent a farewell note in which he signed: “From your Valentine”, which gave birth to the Anglo-Saxon love letter firm. From this, Julia planted an almond tree that “gave beautiful pink flowers at the grave of her beloved”, giving rise to the symbolism of this tree to express lasting love and friendship.

Known for his extensive literary and journalistic career, Gabriel ‘Gabo’ García Márquez is one of the great references in the field of romantic literature in Latin America. One of his most emblematic books is ‘One Hundred Years of Solitude’, followed by ‘Love in Times of Cholera’. He also received the Nobel Prize for Literature in 1982 and founded the Gabriel García Márquez Foundation for New Ibero-American Journalism in Cartagena de Indias, Colombia. Some of his remembered phrases are: “Just because someone does not love you as you want, it does not mean that he does not love you with all his being” and “The only thing that hurts me about dying is that it is not love.”

Art for the benefit of love

From the sacrifice of the priest Valentine, passing through the work of the fourteenth century poet Geoffrey Chaucer The Parlament of Foules (The Parliament of the birds) – where the author writes in his verses: “Because it is Valentine’s Day, when every bird comes to choose his partner”—, until the times of the nineteenth and twentieth centuries, when writers, poets and painters were inclined to the approach of love, romance and its effects on humanity, art has been one of the main actors in the preservation of this festival.

He was one of the most prolific artists of the last decades of the Ancien Régime, producing more than 550 paintings, of which only five remain dated. Among his most recognized works is the painting ‘The Swing’, which is considered a sample of forbidden love, eroticism and oscillation. This is considered one of the masterpieces of the Rococo era. According to historians, his work summarizes the aspirations of the art of his century, “with its contrasts and contradictions.” He was one of the most attractive artists in his painting, however, he fell into financial misery towards the end of his life.

We highlight some of the greatest references in the application of romance to letters and canvases, who left traces and indelible marks in international history on the various representations of love and human interference in this emotional aspect.