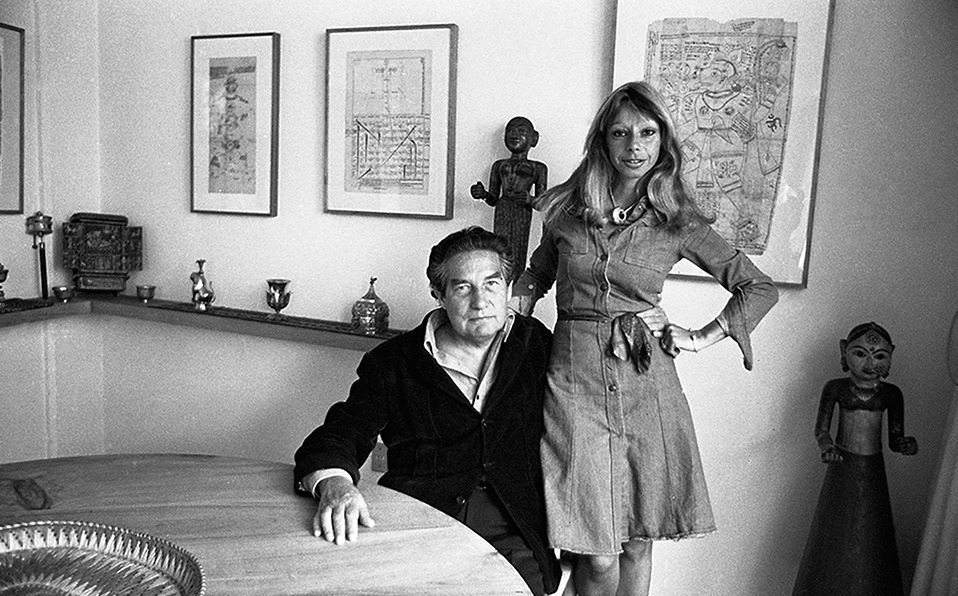 As part of the program of commemorative activities for the 108th anniversary of the birth of Octavio Pazthe ashes of the Nobel Prize for Literature and his life partner, Marie José Tramini, will be deposited in a memorial built for this purpose in the College of San Ildefonsoin a ceremony that will take place behind closed doors on the morning of Thursday, March 31.

Likewise, the Colegio de San Ildefonso will carry out an intense program of literary, publishing and community activities, starting on Friday April 1 and ending on Sunday April 3, under the title “Octavio Paz back to San Ildefonso”.

With the opening of the Octavio Paz-Marie José Tramini Memorial, it responds to the agreement reached in 2018 by the National Autonomous University of Mexico (UNAM), the federal and Mexico City secretariats of culture and the National College that the ashes of Octavio Peace were deposited in this place.

With a diverse and plural participation —evoking the publication that Paz also directed—, an artistic and cultural program was prepared that will take place on the university campus, in alternate venues and also virtually. It will feature editorial presentations, conferences, concerts, poetry readings, printing of flyers, children’s play activities, and artistic and literary intervention activities in the community.

Among the 40 commemorative activities, there are conversation tables, such as the inaugural one, Octavio Paz in the 21st century, by Christopher Domínguez, Guadalupe Nettel and David Huerta, at 1:00 p.m. on Friday, April 1, and the conference Octavio Paz in Mixcoac, with Salvador Gallardo Cabrera, on Saturday, April 2 at 5:00 p.m.

In addition, you can enjoy the sound rehearsal A forest of magnetic needles, based on “Nocturne de San Ildefonso”, with Alejandro Albarrán, Bawixtabay Torres and Germán Bringas, on Sunday, April 3 at 7:00 p.m. The three activities will take place in the Patio de Pasantes.

Likewise, there will be three editorial presentations: the book Octavio Paz: the years in San Ildefonsocompiled by Guillermo Sheridan, on Friday, April 1 at 5:00 p.m.; two pointed starby Malva Flores, with the presence of the author, Ernesto Lumbreras and David Huerta, moderated by Anel Pérez, on Sunday, April 3 at 12:00 in the Patio de Pasantes, and the resurgence of the magazine railing (new era), with Jorge Gutiérrez Reyna, Eduardo Vázquez Martín and David Huerta, in the same place and on the same day, at 1:30 p.m.

As for the activities in collaboration with INBAL, the Tribute to Octavio Paz concert will be held, with the mezzo-soprano Encarnación Vázquez, Erik Cortés on piano and the Ensemble La Purpura de la Rosa, on Friday, April 1 at 7:00 p.m.: 00 hours in the Chapel (Room 7); Likewise, the reading of texts from Paz Libertad en la voz, WORD IN FREEDOM, by five women awarded the Fine Arts Prize for Literature: Claudia Berrueto, Yunuén Díaz, Karen Villeda, Claudina Domingo and Maricarmen Velasco, moderated by Leticia Luna , on Saturday, April 2 at 6:30 p.m. in the Patio de Interns.

One of the most important activities will be the reactivation of the Octavio Paz Extraordinary Chairfor which the UNAM Cultural Dissemination Coordination, in collaboration with the Faculty of Philosophy and Letters, invited the poet David Huerta to take charge of its direction.