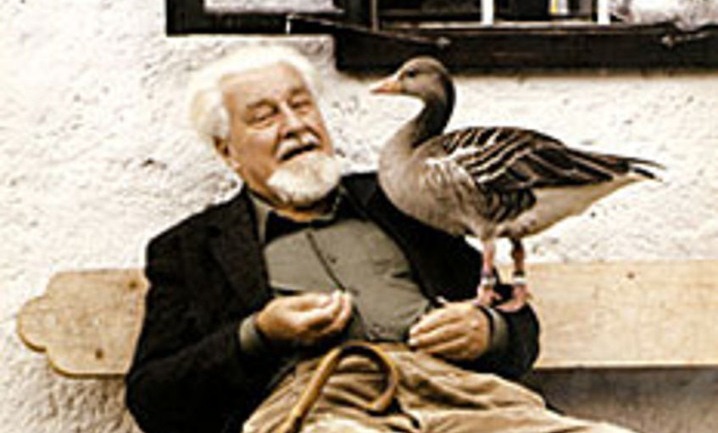 Konrad Zacharias Lorenz passed away on February 27, 1989 in Alterberg, Austria.

Havana Cuba. – Konrad Zacharias Lorenz, was born in Vienna, Austria, on November 7, 1903. He studied Medicine at Columbia University in New York and upon completion of his studies he devoted himself to Zoology until obtaining a doctorate in this subject at the University of Vienna. He worked on animal behavior and is one of the fathers of ethology. He was appointed director of the Max Planck Institute for Ethology in Seewiesen in German Upper Bavaria.

By the end of high school he was so interested in evolution that he wanted to study zoology and paleontology. However, obeying his father, who wanted him to study medicine, he opted for it. His anatomy professor, Ferdinand Hochstetter, excelled in comparative embryology, for the study of which he used the comparative method. This allowed him to decipher, better than with paleontology, the greatest enigmas of evolution and allowed him to see that the comparative method was applicable to both behavioral patterns and anatomical structures. Even before he got his MD degree he was already an instructor and assistant in Hochstetter’s department. He also studied zoology at the Versluys Zoological Institute.

He participated in the psychological seminars of Professor Karl Bühler, in an attempt to apply comparative methods to the study of behavior. He drew attention to the fact that his results largely contradicted the views on the subject of MacDougall’s vitalistic or “instinctivist” school and those of Watson’s mechanistic or behaviorist school. Bühler had him read the most important books of both schools; they disappointed him. He realized that these authors were not experts in zoology. There was much work to be done to develop this new branch of science which, as he felt, was his responsibility. Oskar Heinroth exerted a strong influence on his ideas. Thus, his classic comparative paper on the Anatidae ducks encouraged him to undertake the comparative study of animal behavior as his main life task. Hochstetter took seriously his ethological work on comparative anatomy of classes and allowed him to work on it. He was always grateful that the works done between 1927 and 1936 were never published.

He received the Nobel Prize in Physiology or Medicine in 1973 after describing imprinting, a physiological process generated after birth that guarantees maternal and filial behavior between mother and offspring; these findings were later integrated into human attachment theory. In 1961 Lorenz published the article “Phylogenetische und de Anpassung des Modifikation adaptable Verhaltens”, which was extended into a book called The Evolution and Modification of Behavior. For much of his life he was not interested in human behavior, much less human culture. Probably his profession as a doctor aroused in him an awareness of the dangers that threaten civilized humanity.