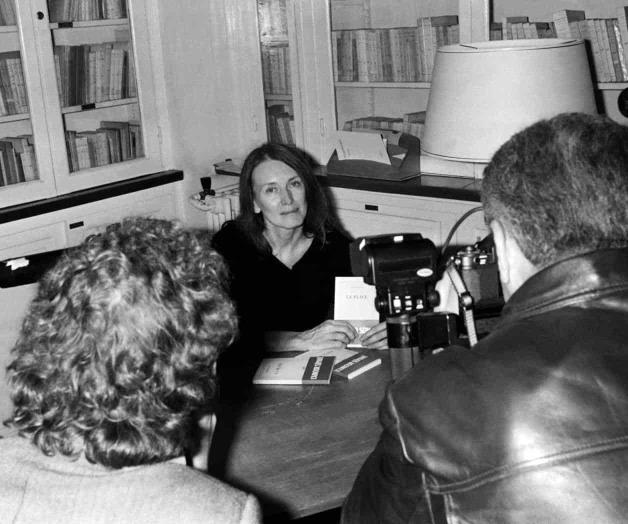 The writer Annie Ernaux, receiving the Renaudot Prize for The Place in 1984. It was her first recognition at a time when she was treated as a writer “worthy of the gossip press”, as she recalls.

Annie Ernaux still can’t believe it. “I do not realize the global dimension of the Prize Nobel, except in the form of an accentuated responsibility”, the French writer assured a few days ago in an email from her home in Cergy, on the northwest outskirts of Paris. “The rise of autobiographical literature is a very complex issue. But as far as I’m concerned, the answer is relatively simple. I think that he Nobel It does not reward the writer in the first person, but rather the one who, through transpersonal and clinical writing, has addressed issues related to women and society, to memory”, she said while packing her suitcase for Stockholm, where on Saturday will receive the most prestigious literary distinction on the planet.

Her own response speaks of herself and, at the same time, as in her books, it transcends her personal case, and by far. The Nobel for Ernaux it could also be true for an entire genre, autofiction, which has gone from being scorned as pure literary pornography to becoming the fashionable genre and the object of a cultural rehabilitation that few saw coming. This change in perception is reflected in the words of Ernaux, treated for decades as a minor writer, “like a midinette”, which is how the sentimental and naive seamstresses from the provinces who came to Paris to earn a living were known. In her day, it was said that her books were typical of “the gossip press, worthy of Nous Deux”, the magazine that popularized photo novels in France, due to its detailed account of female experiences and without literary value. In the same way, the genre is no longer perceived as an exponent of the narcissism of writers obsessed by their little miseries, but as a set of individual stories that hide a collective dimension.

Annie Ernaux: “The Nobel It does not reward the writer in the first person, but the one who talks about society and memory”

Its most recent evolution usually reflects the circumstances of social groups that have not always had the right to satisfactory literary representation, such as women and different minorities, the children of immigrants (Teju Cole, Fatima Daas), LGTBI authors (Édouard Louis , Ocean Vuong) or victims of abuse (Christine Angot, Vanessa Springora). In reality, the self of autofiction could contain multitudes. Even in the case of authors like Karl Ove Knausgård, whose family (and existential) trajectory is the mirror in which hundreds of thousands of white men of his age can look.

In a corner of the historic building of the Ecole Normale Supérieure in Paris, on top of a secular cloister in which trees stripped bare by autumn abound, a group of eight university professors have been investigating the characteristics of this controversial subgenre since 1998. The Genèses d’Autofictions working group is led by Isabelle Grell, a Sartre specialist who has spent years delving into the work of authors such as Hervé Guibert, Camille Laurens or Serge Doubrovsky, inventor of the term autofiction, or “fiction of events and facts strictly reales”, which he used to describe his book Son (1977), an autobiographical novel built from an original manuscript of 9,000 pages. “The bad reception that autofiction had in France responds to the historical context of the seventies,” says Grell, referring to the arid emergence of the nouveau roman, contrary to psychology and pathos, and to the influential theses on the “death of the author ” that Roland Barthes and other intellectuals proclaimed, interested in designating “an abstract writing” in which it no longer mattered who was the writer who was hiding behind any work.

Over time, Doubrovsky’s neologism has acquired changing definitions (for example, Larousse and Robert, the two reference dictionaries in France, offer two contradictory meanings) and has often been used as a synonym for autobiographical writing. that alternates factual narration and the techniques of the novel. For Grell, however, there are clear differences between autobiography, which “tends to tell a lifetime”, and autofiction, which tends to pull “a single thread” in the author’s existence. “But, above all, at the origin of all autofiction there is a flaw, a necessary crack for light to enter. If not, the writer is still locked in a dark room, with the windows closed”, affirms the specialist, who believes that this genre has become normal and has spread throughout the world, definitively becoming “a personal testimony and, at the same time , absolutely universal” on any experience. And it is this change in perception that has neutralized criticism of his alleged sick and congenital exhibitionism. “In this genre there is also a lot of modesty. In reality, there are autofictions of all kinds, from absolute classicism to experimental writing”, says Grell.

Another way to define autofiction is by elimination. No author associated with this literary variant seems interested in being part of that club. Almost no one willingly accepts the label: Ernaux hates it, preferring to speak of “impersonal autobiography”, “autosociobiography” or even “life writing”. The same is true of some of his disciples in his country, from the veteran sociologist Didier Eribon (Return to Reims) to the aforementioned Édouard Louis, the penultimate phenomenon of French letters with books that recount his youth as a homosexual in a family of National Front voters. “It is a label that is better to escape,” says the French-Algerian writer Nina Bouraoui, another of her greatest exponents, responsible for a work that has alternated between autofiction and pure narrative. “Actually, it is a form of jail. It is a genre that I like as a reader, but I have never come to tell myself that I was part of that family ”.

Nina Bouraoui: “Autofiction is a label that is better to escape. It’s actually a form of jail.”

Bouraoui’s best-known book, revealed at the age of 24 after his transfer to Gallimard, is My Bad Thoughts (2005), which has just been recovered in Spanish by Transit, a first-person confession about the secrets and wounds of his childhood, with the the tearing of her double cultural identity and the discovery of her lesbianism as a background. The book is inspired by her weekly psychoanalysis sessions for three years, which makes it possible to draw a parallel between autofiction and therapy. “Writing does not cure you of anything or, at least, I have never written books to feel better. But there is a similarity: both use the same tool (language, the word) to restore a memory that is often distorted ”, Bouraoui replies. 17 years ago, the writer won the Renaudot Prize with My Bad Thoughts —and with it, an unprecedented feeling of “respectability”— two decades after Ernaux won it with The Place, the first important recognition on the path that has led her until the Nobel. 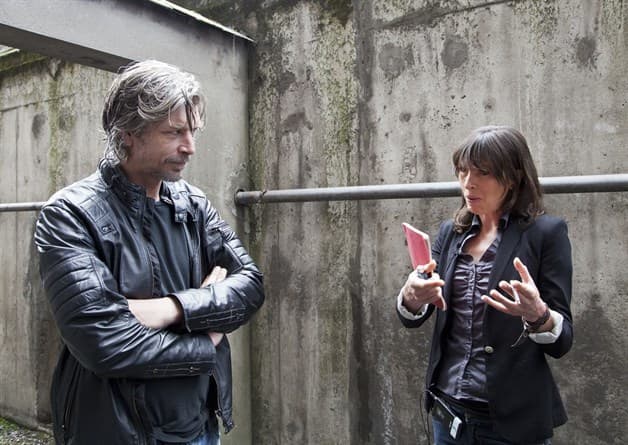 Writers Karl Ove Knausgård and Rachel Cusk, exponents of the latest autofiction, at an event at the Dublin Literature Festival in 2012.

Autofiction, from nothing to the Nobel Prize in Literature