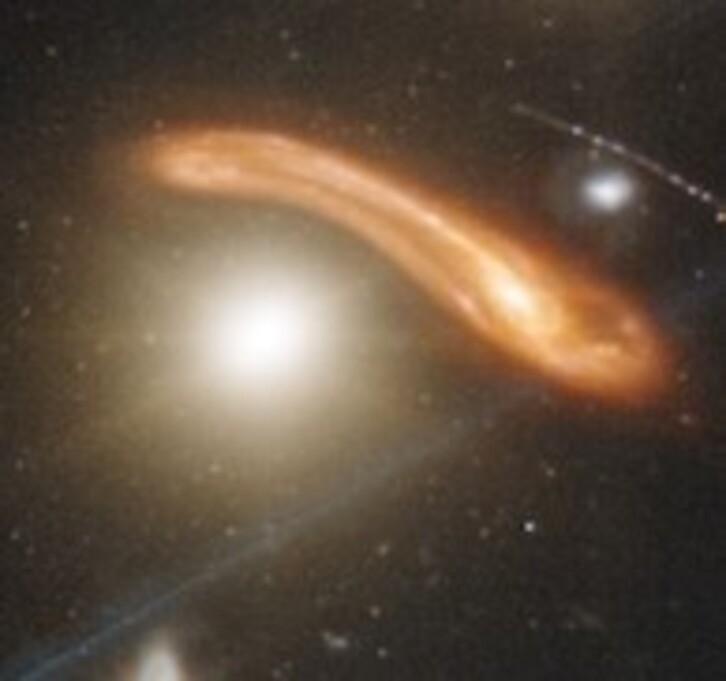 A scientific group in which the astrophysicist Tom Broadhurst, Ikerbasque professor at the UPV/EHU and associate at the Donostia International Physics Center (DIPC), has been the first –along with another international team– to analyze the earliest image of the universe detected by the James Webb Space Telescope (JWSP).

Broadhurst has been the recipient of NASA’s Outstanding Award for the successful Hubble Telescope’s ‘Advanced Camera’ mission. With more than 20 years of experience in research in countries such as Great Britain, the United States, Germany, Israel, Japan and Taiwan, he joined Basque science.

Together with his collaborators and collaborators, this scientist has worked tirelessly since July 11, the day on which the president of the United States Joe Biden publicly released in full resolution the already world-famous image of the galaxy cluster SMACS 0723.

During three days of intense work, the team of scientists has analyzed background galaxies in the image that seem to repeat themselves due to the gravitational lensing effect – a phenomenon caused by supermassive bodies that converge the background light allowing astronomers to observe remote regions naturally. In their study they have detected a total of 16 repeated galaxies that have allowed them to reconstruct SMACS 0723 and calculate the dark matter zones.

These first findings suggest that the cluster is more elongated than previous studies with other telescopes predicted, probably due to mergers with large clusters of galaxies.

The Institute of Physics of Cantabria (UC-CSIC) has also participated in the work together with a research team from several countries, including the United States, Great Britain, Malta and Israel.

A new era for astronomy

The recently inaugurated James Webb Space Telescope, which was launched last December, opens a new era in astronomical observation. Its operating range in the infrared and the ability to detect light two orders of magnitude weaker than the Hubble Space Telescope will allow it to take images with unprecedented depth and bring us ever closer to the dawn of the universe.

The expectations placed on James Webb are high. It is hoped to study the moment in which the first clusters – filaments, galaxies and stars from hydrogen and helium – were formed, and to continue advancing in the deep field to arrive at the moment in which matter began to collapse for the first time due to to gravity. All this will exceptionally contribute to knowing how the chemistry of the original universe was conceived and how it evolved.

In the coming months, Broadhurst and his colleague at the UPV/EHU and DIPC, Nobel Prize winner George Smoot, plan to find out if the dark matter detected in these new data is made of waves or particles, a big open question with profoundly different implications for the origin of galaxies, stars, and life.

Basque science, at the forefront of the findings of the James Webb telescope