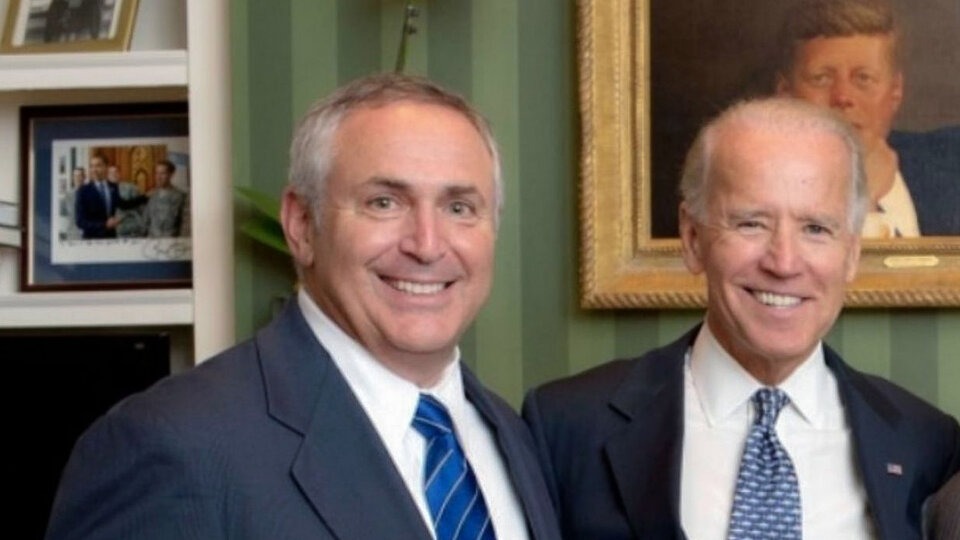 The Secretary of the Department of State of the United States, Anthony Blinken, has just announced that he will study “seriously” the “Havana syndrome”, a supposed very secret and very mysterious weapon of the Cuban revolution that, with Russian microwaves, produces pain head and nausea to the American diplomats.

The syndrome was considered nonsense by Trumpism to justify attacks on Cuba, but Joe Biden chose a similar path for his foreign policy. Blinken is a hawk, just like Marc stanley, the ambassador that Biden appointed in Argentina.

When they appear before the Senate of their country, the North American ambassadors release some phrases that explain their appointment. When the US Department of Justice explained to Latin American judges the mechanisms of lawfare to persecute popular leaders, the now-outgoing ambassador, Edward Prado, declared that he would come to “strengthen” Justice. Claudio Bonadío was the most applauded when he entered the embassy.

In his statements in the Senate, Marc Stanley mixed the debt crisis caused by macroism and commented that “Argentina has not yet joined the efforts of the United States and other countries to press for the protection of human rights and other reforms ” on Nicaragua, Cuba and Venezuela. According to him, Argentine leaders “have not done it yet, they say they will do it soon,” “a macroeconomic plan that provides stability to be able to close a debt agreement with the IMF.”

Stanley’s mixing of political issues with economic issues does not seem gratuitous. It makes sense because Biden continues the foreign policy of his predecessor. Donald Trump imposed an unprecedented loan from the Fund to Argentina, to support Mauricio Macri against Alberto Fernández in the elections. It was a political loan. Now Stanley suggests that the debt solution would be possible if Argentina accepted political conditions.

Argentina is discussing an agreement with the IMF through a top-level technician, such as Minister Martín Guzmán, a prominent disciple of the Nobel Prize in Economics, Joseph Stiglitz. According to Stanley, the economy is not discussed, but international relations.

For international analysts, Joe Biden has “tepidly progressive” – ​​on a North American scale – in domestic policy and aggressive in his foreign policy. Stiglitz belongs to the Democratic Party, like Biden, and is close to the Secretary of the Treasury, Janet Yelén. The virtual minister’s husband, George Akerlof, received the Nobel along with Stiglitz and they are friends. All three do not reject State intervention as a regulator in some areas of the economy.

With those antecedents in favor, added to the fact that the head of the Fund, Kristalina Georgieva is not an ultra-Orthodox neoliberal, Guzmán started the discussion about the debt. But Stanley’s appointment would imply that foreign policy has now entered that negotiation through the hawks of the State Department.

China is an American obsession, although the hegemony of the United States in the international market is still very strong. Half of the world’s wealth remains in the hands of the large transnational companies of North American origin. But in the region the FTAA and the Alliance for the Pacific failed.

Trump’s aggressive foreign policy was not what is claimed to be successful because it achieved what Richard Nixon’s Secretary of the State Department, Henry Kissinger, had painstakingly avoided in the 1960s: Russia’s alliance with China. The American retaliation after the crisis over the Crimea – in a referendum it decided to separate from Ukraine and return to Russia – made Moscow turn its diplomacy and look to China. If this confluence had occurred in the 1960s, perhaps the history of the planet would have been different.

President Alberto Fernández’s trip to the G-20 summit and the marches and countermarches in the negotiation with the IMF are inserted in that world of conflicts, where, in addition, the leaders of the main polluters of the environment make long speeches about ecological deterioration. At the last NATO meeting, the decision was made that by 2050, its armies will emit zero carbon. But they have weapons to destroy the planet several times.

The G-20 meeting was the first in person after the pandemic. But Vladimir Putin and Xi Jinping were absent and participated virtually. Partly because of the outbreaks of Covid in their countries and partly to show a certain distance with the aggressive strategy of the United States, which seeks to rebuild ties with Europe after disagreements with Trump, who had threatened to withdraw from NATO.

In this context of reconfiguration, due to the growth of China and its rapprochement with Russia, due to the effects of the pandemic and the replacement of Trump by Biden, the final statement of the meeting included Argentine positions for the IMF to review the rate surcharges of interest. It was a success for the Argentine administration, although the difficulties in reaching a definitive agreement with the Fund are evident and that the United States has an ambiguous attitude. On the one hand, it ensures that it will help the country’s claims and, on the other, it obstructs the possibility of an agreement.

Georgieva’s initial attitude promised a quick settlement, even the IMF backed debt restructuring with private creditors. But the Bulgarian economist’s position was weakened by an offensive by hawks who accused her of favoring China in reports she produced when she was at the World Bank. Biden sustained her in office but said he would investigate the complaint. From that moment on, the negotiation cooled down and became more difficult.

In the Fund, no one takes charge of the loan they made to Macri and they divert responsibility to the previous authorities and to Donald Trump. But there is an institutional responsibility that in this new stage they do not assume.

Macri also does not assume his responsibility in the disaster that darkens the future of the Argentines. “If we were in the government, we would solve it in five minutes because we would have a sustainable economic plan that this government does not yet have,” he said in the program of Mirtha Legrand’s granddaughter. Accustomed to lies and concealment, Macri avoided saying that the Fund’s technicians did not agree because Argentina had no way of repaying it and that the loan was only possible due to the irresponsible intervention of Trump.

Alberto Fernández assured that at the end of the year there will be an agreement. But in the middle are the legislative elections that do not announce a result that strengthens the government’s position.

The Argentine position is not one of strength, it simply has no margin because it does not have what to pay with. He did not have it when Macri made the mess and he does not have it now, after the pandemic. The Fund’s technicians know it. If they tighten the payment conditions, they will be forcing a default that the government tries to avoid and that would set a precedent that is not convenient for the Fund either. It would be an unprecedented situation, generated by an also unprecedented loan. There is no traditional way out, it is evident that it will have to be for an also unusual agreement.