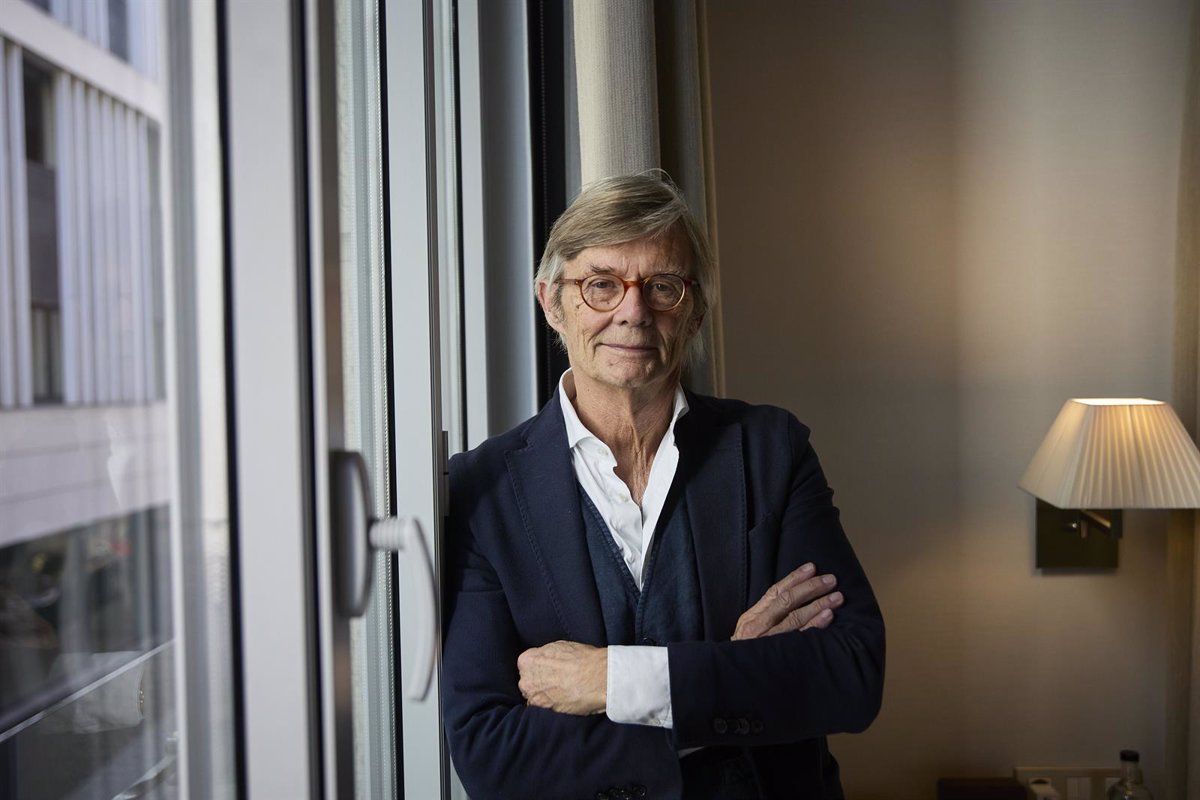 danish film director Bill August, winner of two Palmes d’Or at the Cannes Film Festival, arrives in Spanish theaters with The Pact, a recreation of the relationship between the famous Danish writer of Memories of Africa, Karen Blixenand the young poet Thorkild Bjornvig.

“I have always been fascinated by Karen Blixen’s novels, but also by her quirkiness, her self-interpretation, if you may say so, and when I read the poet’s autobiography where he describes the relationship he had with her, I was fascinated by the story, the dependency between these two characters”, explained the director in an interview with Efe in Madrid.

“That connection between them suggested that I make a movie; I started looking for everything that could help document me, because I wanted to make a portrait as complex as possible”, he pointed out. And although it is unknown how their conversations really went, he points out the importance of being “respectful”. “I can only say that everything you see in the movie is more or less real,” added August.

A priori, the topic can be misleading, because when this relationship occurs Blixen is 63 years old, has achieved success and seems to be the next writer to win the Nobel Prize for Literature, and the promising writer and poet Thorkild Bjørnvig is only 29.

Blixen has just written his great novel Memories of Africa when he takes a fancy to Bjørnvig; but what looks like attraction turns into a story of vampirism. The writer assures the young man that she will make him a great poet if he, in return, obeys her unconditionally, which includes leaving his family behind.

“It’s a very strange thought,” August reflected, “but I think from there, she uses her house as a stage, invites people there, to her theater, and manipulates them. It is as if he thus laid the basis for his writings, and those experiences were the source of what he wrote”.

After thoroughly documenting himself, and reading a lot about the couple, the Danish director stated that “Karen was a mystical person in herself.”

“She lived for many years in Africa, where thinking is so different, and when she caught syphilis there she made a pact with the devil, that was real and she tells it in the film: she would give her soul to the devil but in exchange he would turn everything what she lived in an exciting novel”.

Thorkild, however, “must be analyzed from his point of view”, considered the filmmaker; “He is a young man in the 50s, he had never seen the world -many young people after the Second World War had hardly left home-; he wants to be a poet and when he meets Karen Blixen, he is fascinated.”

“I find it very interesting the way people allow themselves to be manipulated, I think it’s a fascinating game, but if you don’t understand the consequences of manipulation it can end very badly,” said August, who is convinced that “Karen manipulated a lot but I did not calibrate the disaster that it could produce”.

For example, he said, “for the wife of Thorkild, who is attempting suicide. She only thought of herself because she didn’t want to lose him.”

August (Brede, Denmark, 1948) won the Palme d’Or at the Cannes Film Festival in 1987, while still in his thirties, with Pelle the Conqueror; Then came international hits like House of the Spirits (1993), or Les Miserables (1998), until he did A Song for Martin, in 2001, perhaps the film that comes closest to The Pact.

In 2013 he made the drama Night Train to Lisbon, with Jeremy Irons, and later took to the San Sebastian Festival (Spain) his moving and courageous Silent Heart, where he tackles euthanasia head-on. The Pact it is his twentieth feature film.

Asked about this, August said that “Danish” cinema does not exist, but it is special “because the directors are not competitive, we are friends, colleagues. We talk to each other, we read each other’s scripts; it is a great inspiration to share everything”.

And he also highlighted “the diversity that we all have, our styles do not go in one direction”.

She is currently working on a curious project that has been commissioned directly by the Queen of Denmark, Margaret II, a film precisely about another story by Karen Blixen, a fairy tale entitled Ehrengard, in which the queen herself will be in charge of production design and costumes. It will be shot in July and August.

And in the process of assembly, kiss, which will be released this summer, based on one of the most breathtaking novels by Stefan Zweign, Ungeduld des Herzens, which translated from Danish would mean “Beware of compassion”.