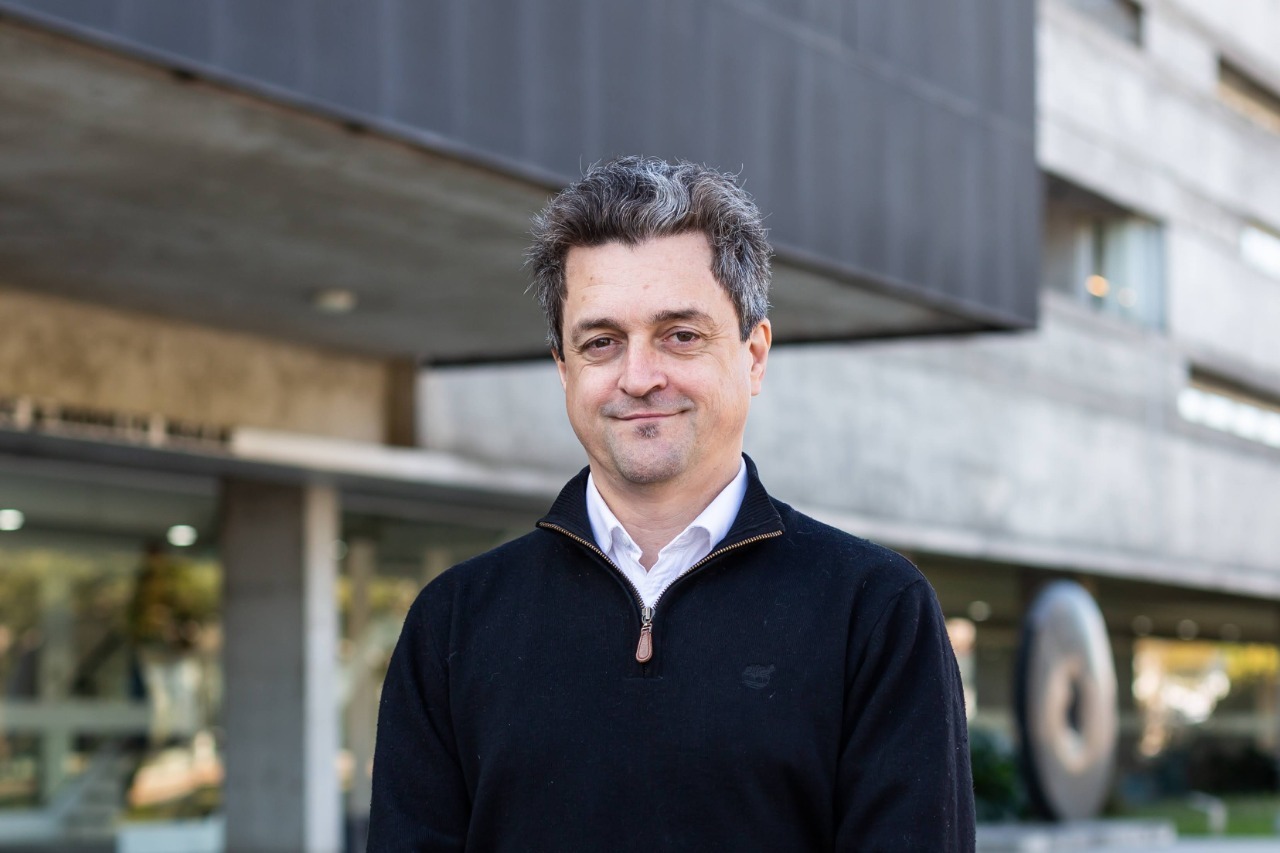 Nanosciences study the phenomena and manipulation of materials at the nanometric scale (a nanometer is equal to one millionth of a millimeter). This allowed changing the way of seeing matter and controlling it in an unprecedented way, due to the ability to modify materials, which when moving to the nanoscale, can change their properties.

For example, gold is a shiny, golden material that melts at over a thousand degrees, but an 80-nanometer-diameter gold nanoparticle is violet, and a 15-nanometer one is red, doesn’t glow, and melts at less than 600 degrees.

Their contributions are key in the study of diseases, the pharmaceutical, food and energy industries, among others. Working on such small scales allows technologies to be incorporated into elements where it was not possible before.

Drugs for tumors contained in “nanobubbles” achieve the same result with lower doses, which have much less side effects. Modern vaccines use nanocontainers, which allow the integrity of sensitive molecules, such as RNA, to be maintained.

The winner of the 2022 Bunge y Born Foundation Award is Doctor of Chemical Sciences Galo Soler Illia, who designs and produces nanosystems with intelligent architectures and custom properties, for which he uses chemical methods inspired by nature. His specialty is the synthesis of nanoporous materials with applications in health, environment and renewable energies.

His team works, for example, on the intelligent recovery of precious metals in urban mining. This prevents the contamination that is generated by discarding them, but also allows the recovery and use of strategic substances for technological development.

In its justification, the jury of the Bunge y Born Foundation summed up: «Doctor Soler Illia has shown indisputable leadership in topics related to nanosciences. He has an excellent scientific production and numerous technology transfer activities carried out in the country and in collaboration with prestigious foreign researchers».

«He has carried out an important training of human resources, and has been director of numerous projects granted by national and international organizations, turning his research group into a reference center in nanotechnology. His work has contributed to the strengthening of nanosciences in Argentina, having also carried out a very outstanding diffusion of this discipline in the country».

The winner of the 2022 Stimulus Award is María Alejandra Molina, Ph.D. in Chemical Sciences, who has led a nanotechnology-oriented line of research since 2016, using smart nanomaterials for advanced therapies in biomedicine and veterinary medicine.

She works on three lines of research using nanogels sensitive to stimuli (temperature and light, fundamentally). The first focuses on bacteria resistant to antibiotics (the first global problem, according to the World Health Organization —WHO—), by which infections that were thought to have been eradicated re-emerge. Through these nanogels it is possible to eliminate them effectively.

The second uses thermo- and photosensitive nanogels in anticancer therapies, to increase efficacy and reduce adverse effects, as well as to kill resistant cells. And the third, using them as controlled release systems for active ingredients. For example, in vaccine antigens for veterinary medicine, in order to treat swine pneumonia and improve its production.

In his case, the jury highlighted: «His leadership capacity is evident from a very young age, an excellent scientific production and wide recognition of his work, as evidenced by the important prizes awarded by national and international organizations of recognized prestige, such as the recognition to women in science, granted by the MinCyT-Córdoba; “International Rising Talents” Award For women in science, L’Oréal-UNESCO Foundation; L’Oréal-CONICET-UNESCO Scholarship “For women in science”; INNOVAR Award in both the 2011 and 2010 editions».

The jury of the 2022 awards of the Foundation

Every year the Bunge y Born Foundation forms a Selection Committee and a Jury, made up of prominent national and international scientists, to define the winners of each category. The Selection Committee is in charge of forming the list of candidates for the two categories, so that later the Jury chooses those who, indisputably, stand out in the country, in that scientific branch.

Both the winners, as well as the rest of the scientific community, do not know who competes for the prize each year.

For its part, the Selection Committee was chaired by Alejandro Olivieri (National University of Rosario), and its vice-chair was Vera Álvarez (CONICET-UNMdP), winner of the 2015 Bunge y Born Foundation Stimulus Award, among other prominent scientists.

They have been awarded uninterruptedly since 1964, being one of the most important recognitions in the national scientific sphere, both for the prestige of the jury and the winners, and for its magnitude. They are a recognition of the trajectory and contributions of outstanding Argentine scientists. The Encouragement Award, which highlights the contributions of younger researchers, has been awarded uninterruptedly since 2001.

He is Associate Professor at FCEN-UBA, postgraduate professor at UNSAM, and was visiting professor at the universities of Paris VI, Osaka Prefecture and Melbourne. He is a member of the Editorial Board of the journals Chemistry of Materials (ACS), Journal of Sol-Gel Science and Technology (Springer) and Chemical Science (RSC). He has been elected Honorary Member of the Argentine Center of Engineers and Fellow of the International Sol-Gel Society.

He published around 200 articles in international scientific journals and books, which obtained more than 14,000 citations. His Scopus H factor (productivity and impact index of the work published by a scientist) is 51, he registered five patents, directed 14 doctoral theses, more than 20 postdocs and 8 CONICET researchers.

He coordinated numerous national and international projects, in conjunction with institutions and companies. In addition, he contributed to the dissemination of science with three books, in radio media and on Public Television. He co-founded the technology-based company Hybridon, dedicated to the production of nanomaterials for industrial applications.

Then it was perfected at the Free University of Berlin (2012-2016), benefited by a scholarship from the Alexander von Humboldt Foundation. During those years she investigated the use of nanogels as controlled release systems for drugs in anticancer therapies.

He carried out extensive research, development and innovation work on smart nanogels, focusing on their biomedical applications. He also has numerous publications: 39 papers in international peer-reviewed journals (h-index: 19) and more than 50 papers at conferences. He has also filed three national patents and one international patent.