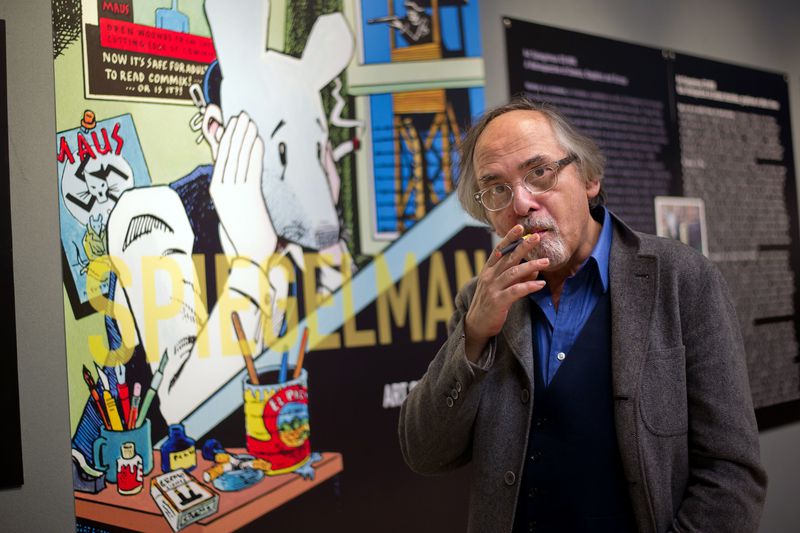 As a child, Mildred D. Taylor used to visit her great-grandfather’s home in Mississippi. It was an old house, without running water or electricity, but full of family stories. Those stories echoed in her memory when she wrote her first novel, Roll of thunder, hear my cry, in 1976. It tells the story of a family of African-American farmers in the Great Depression, from the perspective of a 9-year-old girl: a family besieged by violence and racism, but held together by their bonds of love. . A National Book Award finalist, Time magazine selected it among the 100 best books for young people of all time. But 45 years after its first edition, roll of thunder… has become a controversial novel.

In September 2020, shortly after the start of the Black Lives Matter protests, English teachers in the Burbank district of Los Angeles received unexpected news: they had to withdraw five already classic novels from their plans.

The list included Roll of thunder, hear my cry; Kill a Mockingbirdby Harper Lee; Of mice and menby John Steinbeck; He fellby Theodore Taylor, and The Adventures of Huckleberry Finnby Mark Twains.

The measure was adopted by Matt Hill, superintendent of the educational district, after receiving complaints from four parents, three of them African American. The families protested against the possible moral damage that the books could cause in their children and in the students of color. According to Carmenita Hellingar, one of the complainant mothers, her daughter Destiny was offended by a white student who learned the word Nigger -as he excused himself- in the book by Mildred D. Taylor.

With the memory of the recent death of George Floyd and the wave of street demonstrations, the educational authority decided to remove the books from the rooms.

Certainly, it was a controversial decision and led part of the community, as well as institutions such as PEN America, to speak of censorship and to invoke the first constitutional amendment.

Sungjoo Yoon is a student at Burbank High School and chairs the city’s Youth Commission. He was in second grade when the books were banned, and he said they helped him and other classmates become “deeply involved in the fight for social justice.” For this reason, he launched a campaign to reverse the measure, a campaign that is still open. “Nearly a year and a half later, Burbank’s book ban is still in place and more have been passed in schools and school districts across the country,” he wrote last week on The New York Times.

Perhaps that is the aspect that worries the most: book bans in the United States have increased in recent years.

In January, a Tennessee school board approved removing from programs Maus, Art Spiegelman’s graphic novel about the Holocaust, the only one of the genre to win a Pulitzer, because he considered its language “inappropriate”. In South Carolina, Senator Henry McMaster asked to investigate another graphic novel, Gender Queer: A Memoir, by Maia Kobabe, whom he accused of being “pornographic”. In one Florida district, 58 books were removed, including Normal peopleby Sally Rooney, widely celebrated by critics, and the bestseller Outlanderby Diana Gabaldon. Meanwhile, in Texas, a senator drew up a list of 850 titles that, in his opinion, could make students uncomfortable or distressed, from The Great American Anywayby Tim Federle, to We are all born free: the Universal Declaration of Human Rights in pictures.

“What is happening in this country in terms of banning books from schools is unparalleled in its frequency, intensity and success,” says Jonathan Friedman, Director of Education and Free Expression at PEN America.

At the beginning of April, the PEN published a report on banned books in the U.S. The study reveals that between June 2021 and March 2022, more than 700 censorship attempts were registered in schools, universities and libraries, involving more than 1,500 books, in 86 districts in 26 states. Most of them deal with issues of racism or sexual identity, with African-American protagonists or LGBTQ+ characters.

In the American Association of Libraries (ALA) they handle similar figures. According to Deborah Caldwell-Stone, director of the ALA’s office of intellectual freedom, “What we’re seeing right now is an unprecedented campaign to remove from school libraries, but also from public libraries, books that deal with the life and experience of people from marginalized communities”.

Against this background, the New York Public Library launched the Books for All campaign, which makes four censored titles available to readers: The Catcher in the Ryeby JD Salinger; King and the Dragon Fliesby Kazen Callender; speakby Laurie Halse Anderson, and stamped, by Ibram X. Kendi and Jason Reynolds. The books can be downloaded for free from the SimplyE app, available for iOS and Android, throughout the month of May.

“Knowledge is power; ignorance is dangerous, it breeds hatred and division. All people have the right to read or not read what they want; We all have the right to make those decisions. But to protect those freedoms, books and information must remain available. Any effort to eliminate those options opposes freedom of choice, and we cannot allow that to happen,” said Tony Marx, president of the New York Public Library.

is often cited Uncle Tom’s Cabin, by Harriet Beecher Stowe, as the first book banned in the United States. Published in 1852, it was a cornerstone in the abolitionist cause and consequently was banned by the Confederacy. After 170 years, efforts to censor or marginalize books, especially in educational spaces, seem to be on the rise.

According to the PEN report, “widespread censorship is unparalleled in its intensity and frequency and represents a serious threat to free speech and the First Amendment rights of students.” It also highlights that in most cases the appropriate protocols were not followed, such as the formation of review committees and the maintenance of the books while the investigation is ongoing.

Of the titles questioned or restricted, 41% include leading or supporting African-American characters; 22% directly address issues of race and racism, and 33% openly address LGBTQ+ issues or characters. And 9% corresponds to books on civil rights or activism.

“I thought that the United States was against totalitarianism. If so, surely it is important for young people to be able to recognize their signs. One of those signs is the prohibition of books. Need I say more?” commented Margaret Atwood upon learning that her best-selling novel The Handmaid’s Tale it is among the banned books in Texas.

Beyond the right of parents to influence their children’s education, the battle of the books today takes on another dimension.

“National groups like Moms for Liberty, No Left Turn in Education and Parents Defending Education are compiling lists of books they consider ‘racist’ and ‘indoctrinating’ to mobilize under the banner of ‘parents’ rights’ and put pressure on disgruntled parents and responsive school authorities,” says Suzanne Nossel, executive director of PEN America.

According to polls by the American Library Association, 7 out of 10 voters oppose the removal of books: censorious voices are in the minority, but influential.

On the one hand, conservative groups seek to reform education, and have drawn up bills to limit debate in schools, and radical progressivism threatens cultural cancellation.

If anything seems to unify censorship efforts, Sungjoo Yoon observes, it is that they are driven by political partisanship. “One fact often overlooked in these disputes is that both conservatives and liberals engage in book banning and removal when it suits their political goals.”

“I hope that the adults who make the decisions about our schools and our education and those who fuel public arguments about them can put an end to their hyperpartisanship and help us start rigorous conversations about the content and value of the books themselves,” he wrote.

Meanwhile, and while the wave of cancellations does not stop, Maus sales skyrocket on Amazon, and young and adult readers begin meeting in banned book clubs across the country.