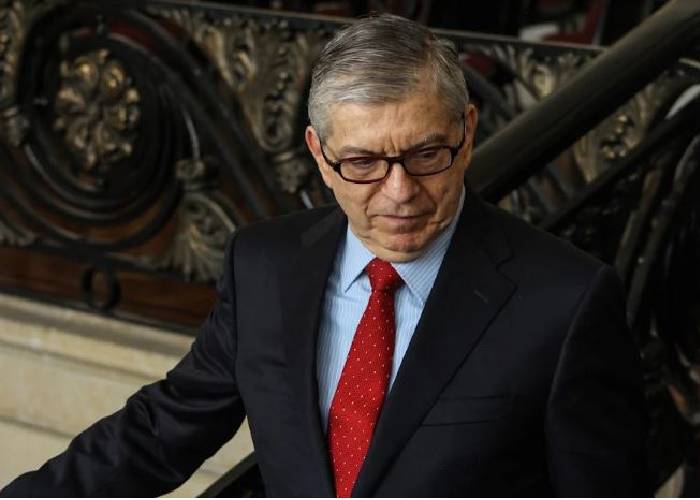 During Super Holy Week – or hyper-holy party, who knows – Gaviria will decide on the issue of presidential support. He has four possibilities…

This is a space for free and independent expression that exclusively reflects the points of view of the authors and does not compromise the thinking or opinion of Las2Orillas.

Easter will pass and next Monday… is it no longer holy? Isn’t every day supposed to be God’s and therefore holy? This question reminds me that some call the Higgs boson the “God particle”, forgetting that all particles belong to the Almighty.

A recommended book on the subject is The God Particle: If the Universe Is the Answer, What’s the Question? by Dick Teresi and Leon Max Lederman; this last Nobel Prize in Physics in 1988.

It should then be Super Holy Week, to differentiate. If you think, friend Pope Francis, you can change things in the Catholic Church with an encyclical and with a stroke of the pen.

By the way, it would be necessary to see if he can do something so that devout Christian ladies are priestesses and, likewise, that priests can marry by once and for all throwing that priestly celibacy into a pyre lit in a fireplace in their sacred room in the Vatican.

On the aforementioned Monday, a former ex-president of the Republic will be able to announce his bet for the great electoral contest of May 29. It is not about Uribe, who has already given support to Federico Gutiérrez, whom Pastrana also supports. Neither Samper nor Santos, who have winked at Gustavo Petro.

This is César Gaviria Trujillo, one more political animal of the Homo sapiens species. That he does his physical needs and needs to satisfy emotional anxieties. Like you. Like me. Like the 7,700,000-odd human beings that inhabit the biosphere of our planet Earth, to which should be added the 11 humans that are on the International Space Station, whose perigee altitude is 418 km ―the closest distance that can being from the face of the planet―, while its maximum height or apogee―the furthest that can be moved away―is 420 km.

The biosphere encompasses the hydrosphere and the lower part of the troposphere, that is, from about 50 km altitude in the atmosphere to the bottom of the oceans. To date there are seven crew members and four visitors on the ISS who arrived on April 9 on the SpaceX spacecraft.

Gaviria is a hierarch of the Creole oligarchy with large accounts in tax havens and who is trying to prop up a future presidential candidacy for his dauphin son with the first name of El Libertador.

The current head of the red rag party was the first president in the four-year period 1990-1994, in which the unbridled beast of wild neoliberalism sank claws and fangs into many companies of the defenseless State.

As is known, he came to Bolívar’s throne thanks to the candidacy served on a silver platter by the Galán Pachón family, their spokesman being the minor Juan Manuel, who read the controversial candidacy at the funeral of the former national director of the New Liberalism, Luis Carlos Galan Sarmiento.

During Super Holy Week – or hyper-holy party, who knows – Gaviria will decide on the issue of presidential support. He has four possibilities.

Number one. To tie the blanket to the head to the depths of the cerebellum, that is, the id, it or subconscious, and ramplan contribute to the all-against-Petro, which is like giving its vobo ―approval―, to the far-right continuation of “Fico ” and delegitimized company. Personal percentage probability and without conducting any survey: 20%.

Two. Resorting to the recoverable part of his cortex – according to liberal friends, they doubt that he has anything left – which would be driving change. In other words, the Pact. This would be a real bucket of ice water for those of us who know. A low blow to the 4,000 families most favored by the fortune goddess of the national macroeconomy, to which Petro would propose that they raise the wealth tax, which is currently between 1 and 3 percent. Which is like removing a hair from a cat. Chance: 10%.

Third. Declare a Machiavellian neutrality, act crazy, look into the distance, saying that he will not support either side and that liberal congressmen, deputies and councilors are free to choose sides. Then it will be possible to maneuver according to the changing circumstances that are going to be given by the rule of three. Chance: 30%.

Quarter. Continue in limbo, that is, postpone the decision perhaps until after Sunday, May 29. Embarrassing those on one side and those on the other can be strategic, since there would be a waiting period that would perhaps result in less complication and a tactical accommodation. Continue to receive in your mansion the promising visits of some and others will always dip ink in the media that we know. He may announce that he will make the decision after May 1, Labor Day, to say the least. But be careful: if he comes out with another jet of slime, he’ll be like the lying shepherd and, when he wants to climb onto the last car of one of the trains, few and far between will hear his babbling call. Chance: 40%.

The last two options would be hypothetical win-win. Neither would become a burden for those of the change and neither would it be a full support for the ruling party. Playing between two waters can pay dividends.

Whatever your determination, after August 7 you will have to see what you will do, and in this case the event horizon will always be open.

You may have agreed-negotiated the management of institutional sectors with their bureaucratic quota, and things go badly rather than well.

If this is not the case, in the heat of a sabotage of Petro’s presidency – if he is the head of state, of course – Gaviria will support a military or congressional coup if he considers that what was promised is not being fulfilled. From the front or below the rope.

César Gaviria: the four final moves of the political animal on the way to the presidential