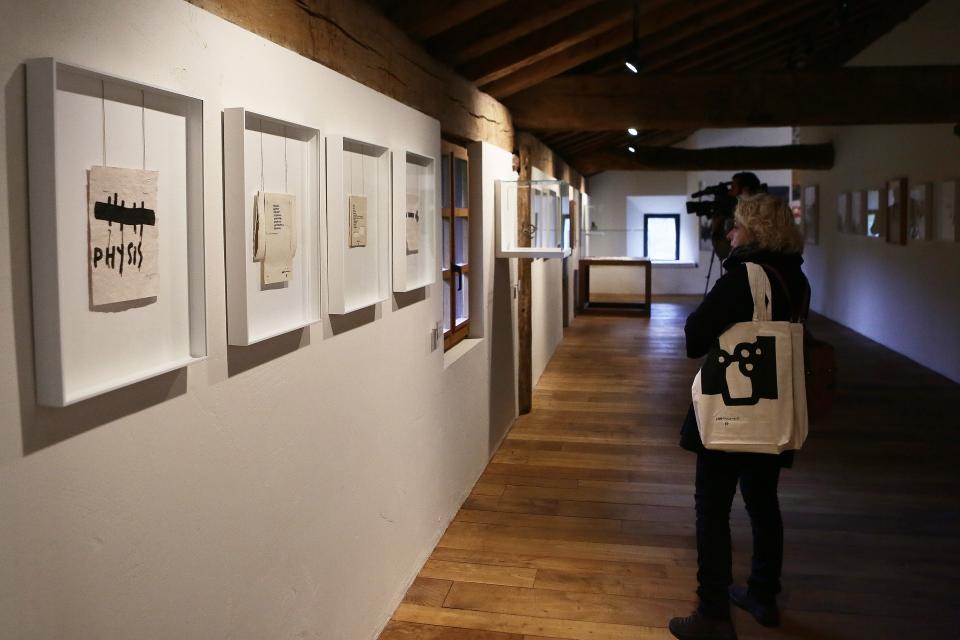 San Sebastián, Nov 23 (EFE).- “Deep down, I rebel against Newton, me and my sculptures.” This quote by Eduardo Chillida gives way in the museum dedicated to the Basque creator in Hernani (Gipuzkoa) to a new exhibition that shows his artistic “fight” against gravity, a challenge that resulted in those suspended pieces that are characteristic of the trajectory of the.

“Zero Gravity” is the name of the exhibition, which can be visited until May 1 and which occupies room 5 of the museum, located on the upper floor of the Zabalaga farmhouse.

The director of Chillida Leku, Mireia Massagué, the president of the Eduardo-Chillida Pilar Belzunce Foundation, Luis Chillida, and the curator Estela Solana presented this Wednesday the content of the exhibition, mostly made up of the emblematic “gravitations”, the sculptural paper reliefs hanging from threads.

Chillida’s mysticism and his interest in science have a lot to do with his exploration of that force that attracts objects to the ground. His way of dealing with it was by making some of his works “levitate”, including large ones, such as that “Meeting Place III” made of concrete and weighing more than six tons suspended on the Paseo de la Castellana in Madrid, 70 centimeters from the pavement. .

The study of this piece is precisely what opens the itinerary of the exhibition, in which two small iron sculptures are also exhibited: “Study to pay homage to Calder”, from 1979, and “Study ‘Elogio del agua II'”, from 1986.

The rest, up to thirty works, are gravitational, such as the series with which he paid homage to Johann Sebastian Bach, produced from 1991 to 1996.

The first ones he created are from 1985, although his antigravity “battle” began to be “intuited” in the 50s when he began to hang sculptures from the ceiling and, later, in the series “Anvil of dreams” or “Comb of the wind” at the end of from the 60s, explained Estela Solana, who is also responsible for Chillida Leku Exhibitions.

“Chillida takes the liberty of coining physical terms to describe spiritual, mystical or poetic concepts. He talks about the speed of matter and spirit, the density of time, weight to combat gravity, the limit that defines and separates, of light as a creative element or of architectures that connect with the cosmos”, he highlighted.

With the aim of linking physics with the work of the Basque artist, the museum has published a 24-page brochure – number 5 of its collectibles – with texts by Chillida on gravity, as well as by Barry Barish, Nobel Prize in Physics and Princess of Asturias Award for Scientific and Technical Research for his contribution to the detection of gravitational waves.

On the occasion of the exhibition, and as usual, the museum has organized parallel activities, including a round table on science and art in collaboration with the Donostia International Physics Center.

Chillida and the challenge to gravity from art