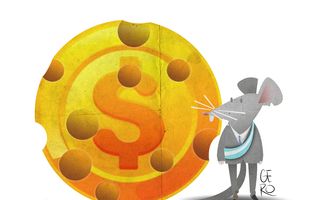 Nobel laureate in economics Simon Kuznets used to tell his Harvard students at the beginning of each semester: “There are four kinds of countries in the world; the developed, the underdeveloped, Japan and Argentina”. We know that, in our case, this singularity does not have a positive connotation. The anecdote is taken from one of those gems produced from time to time by the academic world that reflects on us, and which deserves attention due to the seriousness and solidity of the arguments put forward.
Written by Otaviano Canuto and Sebastián Carranza, the essay “Dollarization in Argentina: resurrection of a zombie idea”, analyzes the benefits of potential dollarization, as well as exposes the damage that this process would cause, which, it is fair to clarify, once adopted is irreversible. .
Otaviano Canuto was Vice President and Executive Director of the World Bank; executive director of the International Monetary Fund; Vice President of the Inter-American Development Bank; Vice Minister of Finance of Brazil and today is a full professor at George Washington University. Sebastián Carranza is a brilliant Argentine economist with multiple degrees and knowledge to his credit and, unfortunately for us, part of that lucid youth that emigrates in search of a future.
First of all, it is important to explain that dollarization is not the same as convertibility. Convertibility – a process we are experiencing – is a mechanism by which a fixed exchange rate is established without giving up monetary sovereignty. In convertibility, the Central Bank reserves the authority both to issue local currency and to change the exchange rate, if necessary. Thus, its role as lender of last resort in the event of a possible domestic or international crisis is guaranteed. In a dollarization process, on the other hand, the Central Bank renounces these faculties when it “exchanges” all the circulating monetary mass in pesos for the dollars that the economy requires to function.

With the levels of circulating currency and the current level of reserves, the authors show that Argentina would have to obtain a loan of 33,000 million dollars to be able to dollarize keeping the current exchange rate close to 110 pesos per dollar. In another scenario, which they consider optimistic, they suppose it possible to obtain a loan of 12,000 million dollars, reserving a part of this loan (5,000 million dollars) to support the monetary base and guarantee the financial system, and allocating the remaining 7,000 million dollars to the absorption of the monetary base. In this case it would be necessary to devalue our currency by 375% and the exchange rate should be set at 523 pesos per dollar.
This level of devaluation would take poverty to levels never seen before and a wage situation in dollars for the population that would place us among the lowest in the world. “A complete dollarization could have more serious consequences than the problems it tries to solve” and, as the authors point out, it is not for nothing that there are many serious analysts who believe that dollarization would only be possible after a serious process of hyperinflation.
On the benefits side, the most obvious is to reduce the rate of inflation, at most, to that of the United States at the time of adopting its currency; although the authors emphasize that dollarization per se would not solve Argentina’s structural problems. They are right. We can dollarize, but that will not magically solve the lack of clear and changing rules; legal uncertainty; the lack of competitiveness; the fiscal deficit or the serious tax problem. Worse, we are going to be left, as was said before, without external and internal financing capacity, and without the capacity to respond to an external crisis, such as a pandemic or another war such as the one that caused the Russian invasion of Ukraine.
Without seeking to be self-referential, I had the opportunity to take an economics course taught by Sir James Ball at the London Business School who, in 1994, very harshly questioned the viability of the 1-to-1 convertibility plan, then in force in Argentina. He did it by comparing five basic variables of the economies of the United States and Argentina as historical series of GDP growth rates, productivity and competitiveness, access to technologies and their costs, and development rates of different industries; faithful to his field of experience, which was econometrics. He predicted that it was unfeasible and that if the exchange rate did not change, the project would become unsustainable. We all know the end of that film whose consequences we are still paying today.
Argentina does not learn that the will does not modify the law of gravity. I can throw coins in the air all my life, but, by the mere fact of wanting it, even with great intensity, the coin will never stop falling. This is the same. We may want to arrive at different results, but people who know, by doing a couple of elementary accounts, prove to us how dangerous and unfeasible ideas based on desire and not on reality can become.
I wonder, Argentina, will it ever stop defying the law of gravity?
.

defying the law of gravity