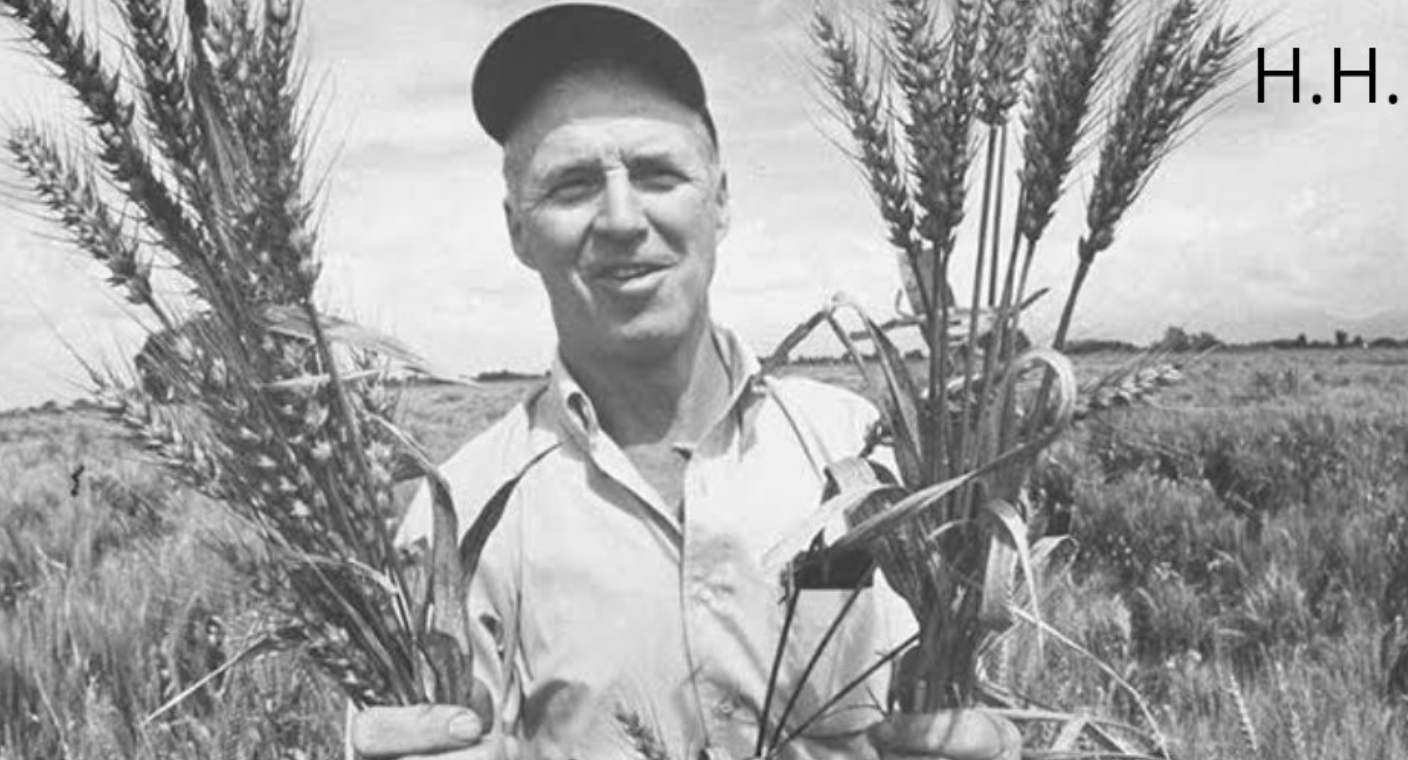 Yaqui Valley, Sonora.- This March 25 marks the birth of Norman Ernst Borlaug, father of the “green revolution” and modern agriculture. He won a Nobel Peace Prize in 1970 for innovating hybrid seed fields and defended the research as the only means to bolster food production and thus eliminate world famine.

In the 40’s, Mexico and the world experienced a food crisis due to the lack of cereal production; most of the poor people subsisted on the harvests of wheat, corn and rice.

The Secretary of Agriculture at that time and the Rockefeller Association made an agreement to develop research that could mitigate the effects of the famine.

But why is it important in Sonora?

Norman Ernst Borlaug, of the Rockefeller Foundation, came to the Yaqui Valley to try to produce wheat resistant to stem rust, a disease that ruined many crops.

For years, the scientist planted different types of wheat, where he observed and analyzed the characteristics; Planted in spring and harvested in fall.

Borlaug exploited the different climate that would also allow him to plant in the fall and harvest in the spring and plant different varieties of wheat.

However, the Rockefeller Foundation did not have permission to work in the region and the farmer could not officially be there. There was no machinery and no help to make the place habitable.

“It often seemed to me that I had made a terrible mistake in accepting the position in Mexico,” he confessed in the epilogue to his book, Norman Borlaug on World Hunger (“Norman Borlaug on hunger in the world”).

Norman Broulaug knew the field and developed a variety of wheat grains with resistance to the weather, a short plant height to prevent it from being torn apart by the wind, high productivity, resistance to pests, seed quality, among many others.

Thanks to new tests, he discovered how to maximize its yield: how far apart to plant it, how deep, with how much fertilizer and how much water it needed.

By the 1960s, Borlaug was traveling the world to spread the word about his find.

This process involved dedication and knowledge of genetics. He established planting parameters, care and fertilization of crops, this tripled grain production, avoiding the predicted famine.

With this work and research, Norman saved thousands from starvation, shared his knowledge with others, and won the Nobel Peace Prize in 1970.

Countries that applied his theory in the years after 1975 achieved good harvests, and nations as large as India, Pakistan, Bangladesh, and Turkey increased yields per hectare by about 250%.

The scientist and doctor in Plant Pathology, died on September 12, 2009 in Texas, at the age of 95 due to cancer.

With information from BBC and The country

During an interview for Proyecto Puente, Ignacio Lagarda recounted that, among people and farmers from Navojoa, Norman Borlaug spoke and his contribution not only to the Yaqui Valley, but to the world and that led to a street bearing the name of the scientist.

The chronicler was 10 years old when his father explained to him why Norman was awarded a Nobel Peace Prize and how he fought the plagues that ended the wheat and soybean crops, as well as increased agricultural production of cereals per hectare.

“That character stuck with me in that region and in my childhood. Later I was able to find out as an adult how it was that he had won the Nobel Prize and who that man was, because a street in Obregón bears his name.

So, he is a very common character in Obregón, Navojoa and Huatabampo”. he commented.

In 1984, the chronicler came to live in Ciudad Obregón to study for a master’s degree in Hydraulic Resource Management Engineering for the efficient analysis of water use in all its areas.

Ignacio remembers that during those studies he had teachers from the Northeast Agricultural Research Center (Ciano) and those who were from Norman Bourlog.

“The specialists they gave us studied the use of water, irrigation in those same crops that he (Norman) improved production.

For me it was a great privilege to be a student of those who were Norman Bourlog”, he commented.

Ignacio recalled an anecdote of a friend from the master’s degree, who for a trip, invited the chronicler to Hermosillo because the plane where they would travel had seats left over for more people and for some reason Lagarda could not go.

“When my friend came back he told me: ‘Just look at what I experienced this weekend now that I went to Hermosillo, the pilot was a friend of mine, the trip to Hermosillo was to take Dr. Norman Bourlog. Only he and I left on the plane with the pilot’ imagine, he couldn’t believe he was with Norman Bourlog.

And he talked at length with the Nobel Peace Prize winner, throughout the flight for more than an hour. He was a very modest man, very serene. He asked him everything my friend could and he answered everything, ”said the chronicler.

Ignacio Lagarda confessed that he was disappointed to lose the opportunity to meet the scientist whom he considered almost God.

Do you know Norman Borlaug? The Nobel Peace Prize made studies in the Yaqui Valley to eliminate world hunger – Puente Project