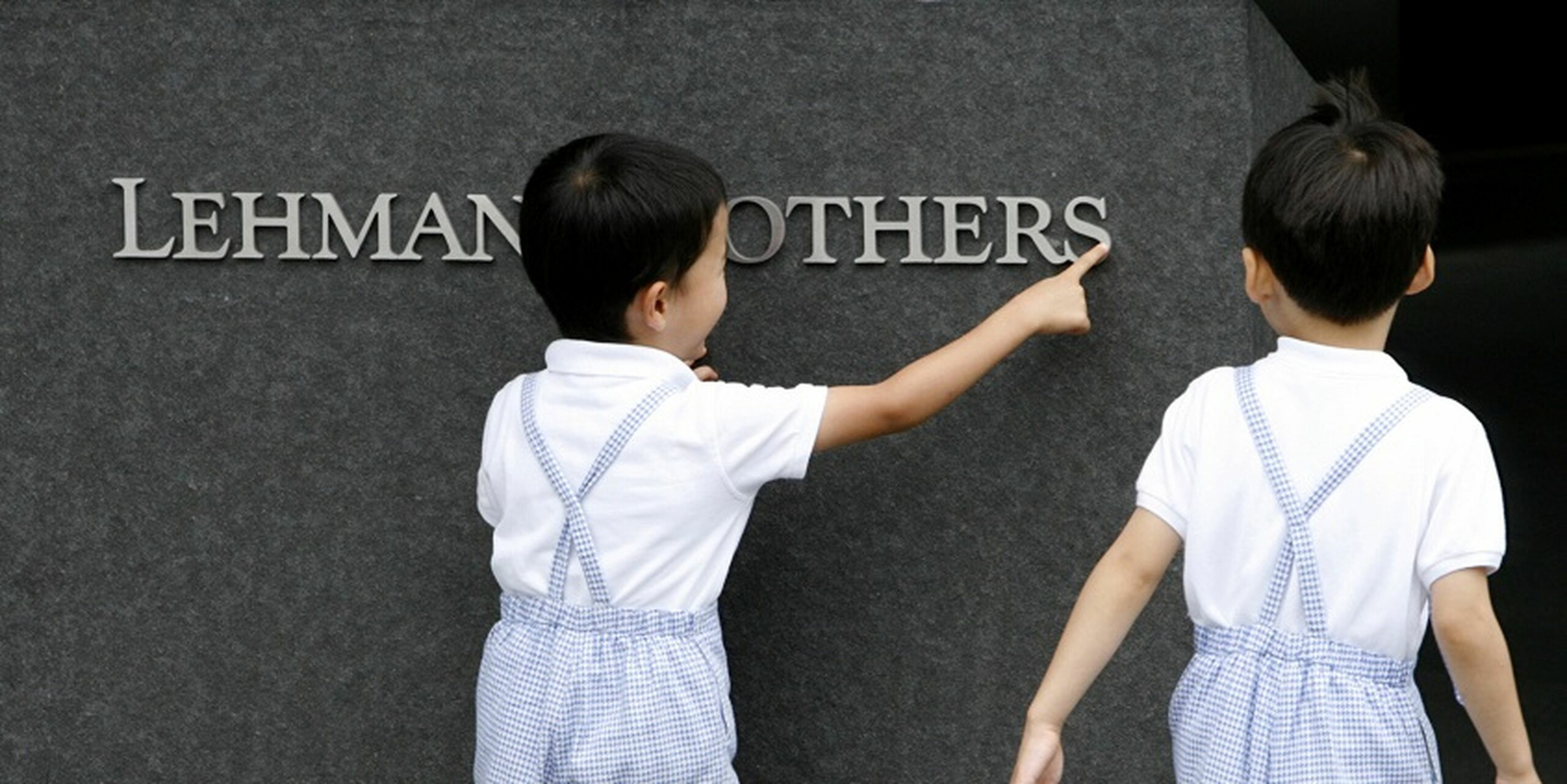 suffering is inevitable. The classic mantra used in times of crisis has returned in 2022, this time at the hands of the monetary authorities, in view of the inflationary drift and the emergence of a possible recession.

It is hard to imagine the president of the European Central Bank (ECB), Christine Lagarde, with a riding crop. But experience teaches that every time things get ugly, she dominates the economic sadomasochism.

First he was the president of the Federal Reserve (Fed). Jerome Powell recovered the mantra to justify his radical turn towards an aggressive monetary policy based on historical rises in interest rates.

“Reduce the inflation will require a sustained period of below-trend growth. In addition, there will most likely be a relaxation of labor market conditions. And even if higher interest rates lower inflation, they will also inflict some pain on homes and businessesPowell said end of august.

On this side of the Atlantic, Lagarde did not take long to pick up the baton to do the same in Europe, although she was more euphemistic in tone: she said that it was necessary “a balance between the pain of inflation and a recession“.

Looking back, also in the financial crisis of 2008-2012, suffering was presented as something inevitable. Now it is clear that things could have been solved differently. The population is used to the fact that when the horizon clouds over, it is time to do penance. The pain is irremediable. But is it really?

“I do not share the conception of politics that causes paingood measures should not cause pain to citizens”, said the second vice president and Minister of Labor, Yolanda Díaz, some days agoalluding to Powell’s phrase.

The ‘historic mistake’ of the ECB

It was June 2008 when the then ECB President, Jean-Claude Trichet, committed what has been described as the biggest mistake in the history of the ECB: raised interest rates. Trichet made the decision because inflation was reaching historic levels in the Old Continent, and containing it, in addition to being the great objective, had become a challenge.

It turned out that the ECB’s move missed an important factor: the uncontrolled rise in prices was not coming from red-hot consumption, but from rising costs. Raising rates was like throwing a jug of cold water on an apparently hot economy, but whose engine (demand) was already shivering below zero.

The beginning of the story is somewhat reminiscent of the current starting point: some economies burning by inflation, but not an inflation derived from consumption (demand), at least in Europe, but by an escalation of costs caused by the supply crisis (supply) that precisely stifles those who consume and produce: homes and businesses.

Unlike the United States, where the origin of high inflation is indeed overheated demand, in Europe “it originated from a supply shock (bottlenecks, war) but it has permeated the entire economy,” he explains. Luciana TaftChief Economist at International Financial Analysts (Afi).

The recession can be stopped: the US economy is likely to be saved, but the stock market will not

The forced solution of central banks has been criticized by economists such as the Nobel Prize Joseph StiglitzWhat do you think? raising rates will only aggravate the recession and they will not have a great impact on inflation that comes from the supply side. Moreover, Stiglitz has come to say that, if rates continue to rise, inflation will rise even more.

But it’s not so easy. “There are certain narratives that introduce into the public agenda the idea of ​​supranational economic institutions whose purpose is to ‘inflict pain on citizens’. One of the keys is to objectively reframe this discourse before it becomes mainstream“, warns Fernando Castello Sirventprofessor and researcher at ESIC Business & Marketing School.

The economists consulted by Business Insider Spain agree that, once inflation has settled in the economy and threatens to drag it into a price-wage spiralthere is no choice but to raise rates.

“An inflation shock due to external causes such as the one suffered by the European economy must be reduced as soon as possible because, otherwise, the future damage could be very high. We must avoid simplistic and childish positions. Valuing only the short term is a mistake that can be very expensive in the future,” he warns. Miguel Angel Garciaassociate researcher at Fedea.

As long as it is not possible to attack the origin of inflation (for which it is necessary to obtain energy autonomy), adds García, monetary policy helps prevent the economy from continuing to overheat to alarming levels.

“Inflation is already having an impact on rents, is already deteriorating purchasing power. That already causes suffering, especially in lower-income households, and it has come from inflation, not from the ECB. In addition, given such inflationary pressure, what other alternative did the ECB have left but to raise rates?” asks Inma Ordiales, a collaborator with Fundación Alternativas.

This is how the latest rate hike that triggers the price of money affects you: more expensive mortgages and credits, benefits for savers and the risk of variable income

But the mandate to maintain prices at the 2% target, which the ECB is now using to justify a super-aggressive rate policy, is the same as it was a year ago, when it said that there was no need to exaggerate what he described as transitory inflation and it took months to put itself in its role of guarantor of monetary stability.

The problem of acting late (in case it is late) is that now the economies are already depressed (some are even headed for a recession) and that inflation is beginning to moderate by itself in some countries (such as Spain). On the other hand, we will not see the effects of the historic rate hikes for a few months.

“There is always a delay between the application of a monetary policy and its effect. There is a risk of overreaction: tightening too much, and then its impact is greater and the recovery slower,” Ordiales acknowledges.

a bandage for pain

Assuming then that the suffering from the interest rate hike is inevitable, isn’t there a way that it wouldn’t hurt so much?

In the last crisis of 2008-2012, The Government applied the eviction regulations to the letter. The postcard left hundreds of thousands of evicted homes for mortgage defaults in Spain.

Even so, the bill for the crisis was still expensive: the lifeline thrown on the bench to get out of the quagmire fattened the EU deficit by 73,261 million eurosaccording to Eurostat data.

It was precisely Lagarde who, in 2013, then as director of the IMF, came out to say that stop talking about austeritysynonymous with suffering.

Today, 10 years later, the lesson has been learned and Europe has swung from the orthodoxy of 2012 to the keynesianism of 2022.

The proof is in the response during the pandemic. Unlike the financial crisis, the European Commission and community governments did not shake their hand in 2020 to suspend fiscal rulesput orthodoxy aside and pull out all the fiscal artillery to prevent the collapse of the economy and the suffering of millions of homes and businesses.

The shift in Brussels also has to do with the fear of populismcomment Pedro AznarProfessor of the Department of Economics, Finance and Accounting at ESADE: “The EU understands that some policies that may be necessary but negative for many are not popular and then have consequences in electoral periods, so I think that now they are valued more pros and cons”.

With the price crisis, Spain is another example of expansive solutions to bandage the wound. If in 2012 orthodoxy reigned, now suffering is no longer conceived as fully inevitable.

In the mortgage field, for example, an agreement has been reached agreement to alleviate burdens, allowing reductions of up to 50% of mortgage payments and postponements of the same in 5 years, and in the coming months measures such as the 2% limit on rent increases or aid to public transport.

It is no longer necessary to lose your job to avoid making ends meet: the new crisis will be for the ‘middle class’

“Rises in interest rates can be combined with a fiscal policy to help the most disadvantaged. Specifically, that has been recommended by the European Union,” adds Aznar.

Unlike monetary policy, which has no choice but to serve as a Coffe for everybody,fiscal policy does allow measures to be applied surgicallyaimed at the groups most affected by the situation.

A salary agreement… but on the rise

But how surgical can one be in a country where the average income barely exceeds 18,100 euros Gross annual? The price crisis has hit households that already started with low incomes and wages are not filling even half of the hole opened by inflation.

Experts agree that, in order to mitigate the potential inflationary spiral, an income pact is needed. But that income agreement should take into account the loss of purchasing power of families.

“In real terms, the disposable income of households today is close to 7% below the pre-pandemic level,” he warns. Raymond Torres, Director of the Economic Situation of Funcas. And he warns that now “the fall would be greater, discounting the additional income associated with the employment generated during the recovery stage, which is now cut short by the energy crisis.”

Right now in Spain there is no risk of falling into this spiral of prices, according to the GDP deflator. This does not mean that this risk cannot exist in the future, but the truth is that the Spanish economy has some characteristics that make it less susceptible to such a spiral. On the other hand, the deterioration in purchasing power is real, indicating that wage moderation is not exactly what is needed.

‘Economic sadomasochism’: is it necessary to inflict pain to solve the problems of the economy?