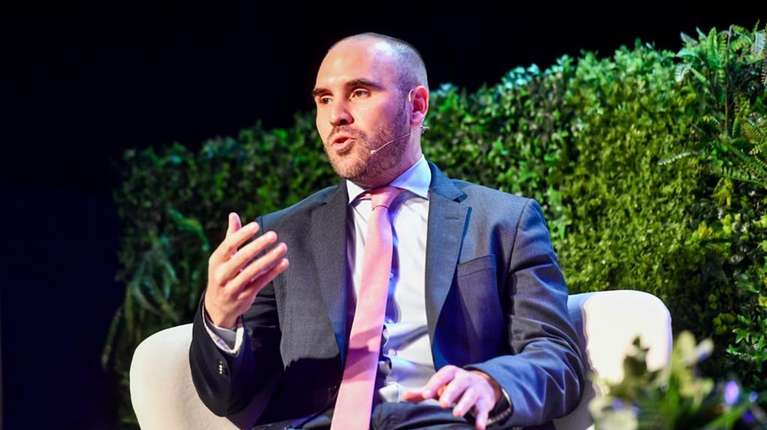 The government of the Frente de Todos (FDT) is facing a delicate situation in which it must deal with a deep socioeconomic crisis, especially an inflation that continues to accelerate, directly impacting the purchasing power of all the inhabitants. At the same time, a fierce political crisis within his coalition, which began and then deepened as a result of the heavy electoral defeat in the 2021 legislative elections.

These fights escalated as the negotiation with the IMF and climaxed in the vote in Congress, with the resignation of Maximo to the leadership of the bloc and direct rudeness to the presidential authority. Logically, this situation has come weakening and wearing down the government in general and to the main protagonists of the negotiation with the Fund in particular.

I also read: They warn that the Government used an accounting maneuver to meet the fiscal goal set by the IMF

Indeed, in addition to Alberto Fernandezthe focus of the FDT hawks has been on the Minister of Economy, Martin Guzman. Thus, the protégé of the Nobel prize Joseph Stiglitz He did not stop making enemies within Kirchnerism, despite being, like CFK, a graduate of the National University of La Plata and a fan of Gymnastics and Fencing in that city.

Joke aside, despite the efforts of the minister to explain to the vice president his negotiating logic throughout his almost two and a half years in office, the link was absolutely broken and for more than a month Guzmán suffers permanent attacks and increasingly aggressive. Therefore, his permanence in office has been repeatedly questioned, with multiple speculations regarding eventual replacements. In fact, his only support is President Fernández, who fervently defends it for a number of reasons, among which four stand out:

I also read: Martín Guzmán: “I focus 100% on management and I don’t get into power disputes”

In recent weeks, Guzmán has sought respite with his tour of Washington, where he attended the IMF’s joint meeting with the world Bank. In the US capital, he hardly interacted with private investors, but mainly met with Fund officials to review the progress of the program signed by Argentina: we all know that the original goals are impossible to meet and the question is how flexible the IMF will be in such a convoluted domestic and international context.

At the local level, the minister has been seeking to expand his contact and relationship networks with different segments of the private sector, making himself present both at the IDEA pre-colloquium in Neuquén, with a focus on Dead cowin an event organized by the newspaper Río Negro, as in the annual meeting of the Grupo Llao Llao. Guzmán’s intention is clear: he seeks to distance himself from political confrontations, and relies on a discourse based on “management”, as he emphasized in his interventions.

However, it is a rather superficial and even contradictory discourse. In effect, managing for Guzmán means trying to comply, even partially, with the program agreed upon with the IMF. This is precisely what exacerbates Kichnerism in general, and Cristina in particular, who also intends to remove the Minister of Production from the cabinet, Matias Kulfas, and the Labor Claudius Moroni. These are officials who are very close and loyal to the president.

I also read: Behind the show “cascoteen a Guzmán”: is there another plan or just a story and a bad omen?

A topic as essential and alarming as inflation is not on the minister’s agendasince this task is entrusted to the Secretary of Commerce, Robert Feletti. Their emphasis on price controls obviously only makes the problem worse, but always andKirchnerism was characterized by insisting on methods that do not workthat is, they suffer from therapeutic stubbornness.

As for Guzmán “management” is merely compliance with the program agreed with the Monetary Fund, his priority is the energy issue: reducing subsidies to public service rates is the only effective way to control the fiscal deficit. So this conception of management implies a direct conflict with the Kirchnerist. The environment of the vice president has made it clear that they see the fulfillment of the agreement as a kind of anvil tied around the neck in electoral terms: if it is fulfilled or even if it is attempted to partially comply with said agreement, the chances of obtaining a favorable result in 2023 are practically nil.

It seems that the figure of a Martín Guzmán who sought to improve his political position among the leaders of the Frente de Todos, with aspirations to executive positions, seems to have been left behind in time. Likewise, with a speech that constantly sought to reinforce a certain loyalty, affinity to politics and the ideology of the Kirchnerist speech, forcefully criticizing the management of the government of Mauricio Macri, in particular, the policy of indebtedness with the IMF.

Although he avoids responding directly to the accusations and appeals to his famous “sarasa” to get out of trouble, Guzmán already knows that few bank him in the ruling party and no one in opposition. Entrepreneurs in general do not go out of their way to defend him either, although they recognize his moderation and honesty. They know that the President’s seat is, at most, a necessary but by no means sufficient condition for survival. And few believe that without him in the cabinet things would get much worse.

Economy: Martín Guzmán in his labyrinth