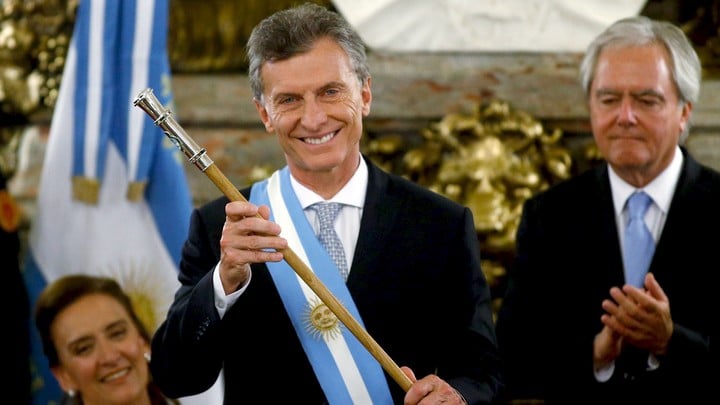 The inauguration of former Argentine presidents is remembered, as well as the delivery of several Nobel Prizes.

Between the ephemeris most outstanding of December 10, the assumption of several former presidents of the Nation stands out. Among them stands out the return of democracy after the last military dictatorship with the arrival of Raúl Alfonsín; the victory of Cristina Fernández de Kirchner, the first female president elected through popular vote and the first to be reelected; as well as that of Mauricio Macri, the first to reach the Casa Rosada through a second ballot.

The arrival of Fernando de la Rúa to the presidency on December 10, 1999 is also remembered, with the characteristic of not having finished his term: he resigned on December 21, 2001.

In addition, December 10, but of 2019, was the date on which Alberto Fernandez he received the presidential baton from Macri, whom he defeated in the first round by obtaining 48.24% of the votes against 40.28% of the candidate of Together for Change. When exceeding 45%, it was not necessary to carry out a ballot due to the rules established by the constitutional reform of 1994.

In the same sense, the December 10 It also commemorates the Nobel Prize in Chemistry received by Luis Federico Leloir in 1970 thanks to the discovery of sugar nucleotides and their importance in the formation of carbohydrates. It was the second Nobel Prize in science received by an Argentine (the previous one was Bernardo Houssay, who was awarded the Nobel Prize in Medicine in 1947).

Ephemeris December 10: Macri assumes as president after winning the ballot against Scioli.

After Leloir, 10 years later the Argentine was awarded the Nobel Peace Prize Adolfo Perez Esquivel, at the same time that the country was going through the last and bloodiest dictatorship in its history. The architect took the prize for being “one of the Argentines who have brought a bit of light to a deep night through a policy of non-violence”.

The December 10 In 1984, the Argentine was also awarded the Nobel Prize in Medicine. Cesar Milstein together with the German GJ Kohler and the British Niels K. Jerne for their work on immunology and monoclonal antibodies. Although he lived most of his life in the United Kingdom, in 1961 he returned to the country to direct the Division of Molecular Biology of the National Institute of Microbiology, although the following year he would return to the Old Continent.

In tribute to the arrival of Alfonsín to the presidency, democratically elected by the Argentine people after leaving behind the coups d’état suffered since 1930, Argentina celebrates the Day of the Restoration of Democracy. The event it was created after the enactment of Law 26,323, created “in order to promote, throughout the national territory, democratic values ​​and highlight their historical, political and social significance”.

As explained by the UN, the Declaration is “a historical document that proclaims the inalienable rights that correspond to every person as a human being, regardless of their race, color, religion, sex, language, political or other opinion, national or social origin , economic position, birth or any other condition”.

Ephemeris December 10: what happened on a day like today?