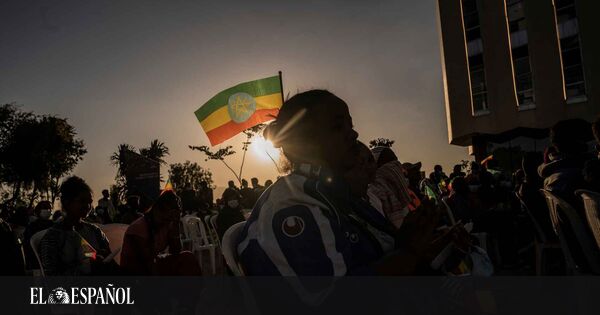 On December 10, 2019, the Ethiopian Prime Minister Abiy Ahmed Ali received in Oslo the Nobel Peace Prize for his contribution to the end of the territorial conflict between his country and the neighboring state of Eritrea, still burning embers of the war that faced both countries between 1998 and 2000. The skirmishes of the following eighteen years had resulted in thousands of deaths, paramilitary attacks and kidnappings of Westerners, mainly to get media attention … and money to finance the different guerrillas.

The arrival of Abiy Ahmed to the presidency in 2018, after six years of the steel rule of Hailemariam DesalegnThree of them with continuous riots in the streets, repressed with unusual violence, completely changed the situation. Abiy Ahmed, as is often the case, before peace lived through the war: a soldier since he was fourteen years old, a fighter against Eritrea at the end of the previous century, this forty-two-year-old man decided to cut his losses and unconditionally accept the various agreements to those that previous governments had arrived with both with Eritrea and with the various arbitrators and negotiators of the United Nations.

In his Nobel acceptance speech, Abiy Ahmed warned of the dangers of social media and its hateful messages, in veiled reference to Facebook. Ethiopia is a country of more than one hundred million inhabitants, the second most populous on the African continent, and it is home to a multitude of ethnic groups and cultures in precarious balance. Militia confrontation campaigns such as Fano or the Liberation Front of the People of Tigray, full of misinformation and incitement to confrontation they had in the network of Mark Zuckerberg large coverage.


Although only 20% of Ethiopians have an internet connection, several experts agree that these campaigns were of great importance in the escalation of hostilities that led to the civil war in November 2020. Recently, the confidant Frances Haugen acknowledged to the United States Congress that both the management and the employees of Facebook were aware of this.

Its exact consequences are impossible to measure, although the method was clear: based on made-up groups and fake news, reporting atrocities that never happened by the other side, he mobilized himself and real and tremendous action was incited.

The open conflict with Tigray

Be that as it may, a little less than a year after receiving the Nobel Peace Prize, Abiy Ahmed led a country that was once again at war… against himself. Jawar Mohammed, with a wide presence in all kinds of networks, and a recognized leader of the protests against Desalegn, soon became an annoying nuisance for Ahmed, whom, in some way, he had helped to come to power. The struggle between two relatively young activists – Mohammed is thirty-five years old; Ahmed, ten more – has been leading to a absolute lack of control in the government of the country.

During his three years in office, Ahmed has seen how a grenade exploded at seventeen meters during a demonstration, he has experienced several coup attempts, he has suffered hostility from many of Mohammed’s allies … and, above all, he has seen himself involved in the terrible tigray war, a region in the north of the country, in which the FLPT rebels have seen their power grow amid constant human rights violations, both by militiamen and by the regular army, which depends, in principle, on the president .

After declaring your sovereignty over the Addis Ababa government In mid-2020 and organizing their own local elections, the Tigray militiamen had to endure the army’s attacks for months and they held out successfully. To Ahmed’s despair, the FLPT not only did not give up in the face of military harassment, but grew stronger and stronger and advanced towards the capital.

This same week, they have taken over two cities just over two hundred kilometers from the presidential palace, after which Ahmed has had no choice but to declare the state of emergency throughout the country, in addition to giving a speech that does not give room for second interpretations: “We will sacrifice our blood and our bones to bury the enemy and defend the dignity and flag of Ethiopia.” Ironically, Facebook immediately paralyzed any broadcast of the speech as too violent.

Lack of control of the troops

The situation has become more serious politically for Ahmed, although the new events are likely to save lives and not have to sacrifice blood or bones or anything like that. Rebel troops from Tigray have joined eight other opposition groups calling for Abiy Ahmed to leave. It is highly unlikely that a change of prime minister will magically end all problems, but it may for the moment prevent a civil war even more bloody and with more outbreaks than the current ones.

Meanwhile, Ahmed resists accusations to his troops of sexual abuse, indiscriminate killings and constant violations of human rights. Certain Western organizations have already publicly requested that the Nobel Prize received just two years ago be withdrawn, which must be an absolute record of precocity. From lord of peace to lord of war in half a legislature. These requests, in any case, are nothing more than a toast to the sun, as the Norwegian Committee has already clarified on previous occasions that a prize that has already coincided in any of its modalities cannot be withdrawn.

Specifically, the last time she had to comment on the matter was in August 2018, given the scandal caused by the accusations of genocide against the Burmese leader. Aung San Suu Kyi. An anti-dictatorship activist in the 1980s and under house arrest until 2010, Suu Kyi won the first democratic elections and ended up becoming the president of an authoritarian state herself.

UN investigations speak of massacres with genocidal intentions against the Rohingya community in Rakhine state. Her case is to some extent similar to Ahmed’s: she is not accused of direct responsibility or of having given specific orders in this regard, but of failing to avoid the actions of her army and having looked the other way. 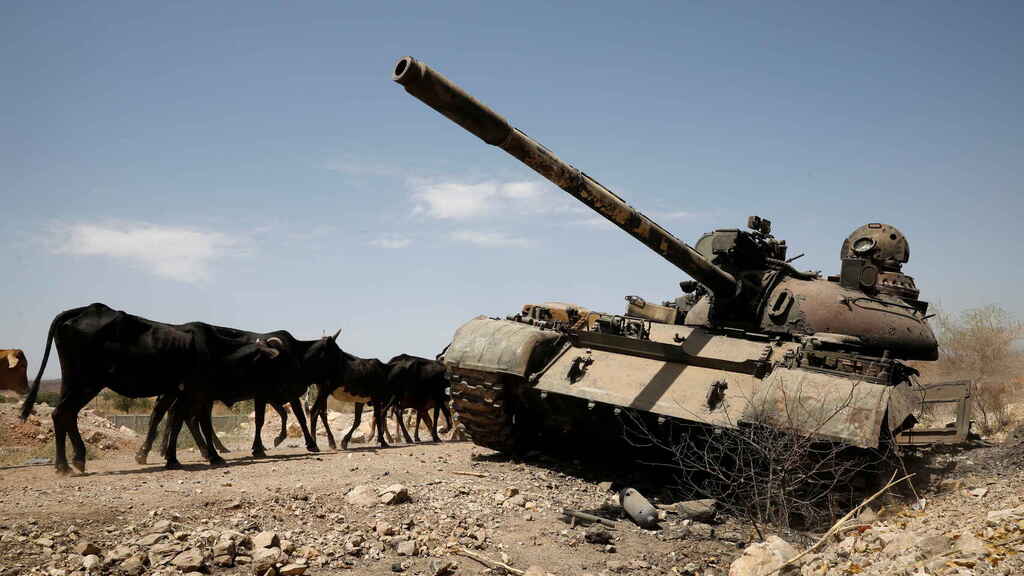 An abandoned tank in the Tigray area.

Controversies surrounding the winners of this award are common, but none had gone from glory to ignominy in less than a year. It seems that any agreement will go through the removal, detention or exile of Abiy. The problem, as is common in these square-and-bevel countries, is tribal: many do not want Abiy as president, but neither would they under any circumstances accept a coalition that includes the FLPT, whose influence on Ethiopian politics is more shadowy. that of lights.

Of Marxist-Leninist origin, although it renounced that affiliation after the fall of the Soviet Union, the FLPT has been behind the different coalitions that governed Ethiopia from 1991 to 2018, fueled the war with Eritrea and persecuted the other ethnic groups.

As always, the mediating role of USA promises to be key in this difficult-to-solve matter. The spirits are very fired: neither some want what is now nor others want to return to what was before, which is what, basically, would mean a triumph for the rebels. The problem is that the United States and its special envoy to the area, Jeffrey Feltman, are currently very involved with the coup in Sudan, a decisive enclave for the security of the Horn of Africa and the rest of the planet.

Although Feltman has participated in negotiations with various government and opposition groups, the conclusion of the US embassy could not have been more forceful: that all American citizens leave the country “as soon as possible.” With the Trigay People’s Liberation Front knocking on the doors of the capital and the government arbitrarily detaining members of that ethnic group on suspicion of collaboration, it does not seem that things are going to end well.

In that sense, the remainder of the year will be decisive: will Abiy Ahmed manage to defend Addis Abbeba, will he be abandoned by his own party, will the rebels decide to march towards the capital? Everything is in the air right now. The messages from both sides, reassuring, are not.