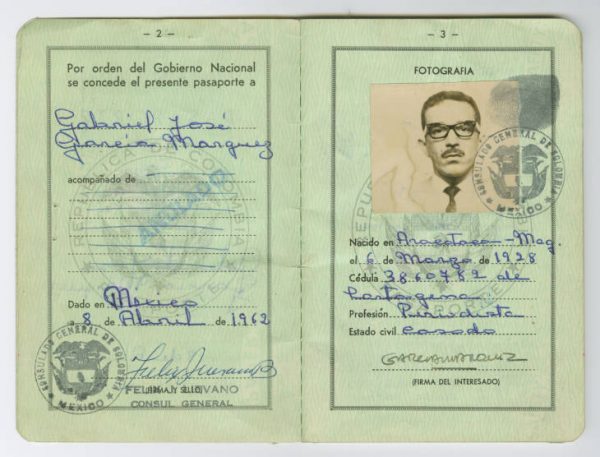 The personal archive of the Nobel Prize for Literature 1982 is exhibited at the Museum of Modern Art in the exhibition “Gabriel García Márquez: The creation of a global writer”

After being exhibited at the Harry Ransom Center Austin Campus of the University of Texas, the exhibition “Gabriel García Márquez: The Creation of a Global Writer” arrives at the Museum of Modern Art in Mexico City, under the curatorship of the researcher, writer and academic Álvaro Santana-Acuna.

The exhibition is presented by the Harry Ransom Center Austin Campus of the University of Texas (depository institution of García Márquez’s personal archive since 2014), in coordination with the Ministry of Culture of the Government of Mexico, through the National Institute of Fine Arts and Literature (INBAL) and the Museum of Modern Art (MAM).

Open from June 18 to October 2, 2022 at the Museum of Modern Art, the exhibition is made up of original manuscripts of some of his famous novels, photographs, magazine and newspaper clippings, letters, books, notebooks, passports, videos, cards and in general more than 280 objects that tell the story of Gabriel García Márquez, both before and after receiving the Nobel Prize for Literature in 1982.

“Gabriel García Márquez: The creation of a global writer is made up of more than 280 pieces, including original manuscripts of his main works, as well as books, letters, films, scripts, photographs, personal belongings and documents. It is organized into seven thematic nuclei through which fundamental moments of his life and career are explored: Origins, Towards the world, The ‘boom’ in Mexico, Writing solitude, Gabo’s carpentry, A committed writer and The global writer “. issued by the Ministry of Culture of the federal government.

After being exhibited in the United States, it is one of the most anticipated exhibitions in Mexico of the Nobel Prize winner from Aracataca, where it is also possible to imagine and appreciate his creative process through some details of his literary carpentry, including the respective corrections to “El General in his Labyrinth” or “Chronicle of a Death Foretold”, to a manuscript of his famous novel “One Hundred Years of Solitude”.

“Based essentially on the García Márquez Collection at the Harry Ransom Center, the exhibit, comprising approximately 300 items including numerous documents never before seen in public, explains to visitors how García Márquez became a literary star and a classic writer. Throughout his life, García Márquez constantly thanked his family and friends for their support. Correspondence, photos and videos narrate how García Márquez’s professional circle supported his literary career, ”reads the text of the exhibition room. 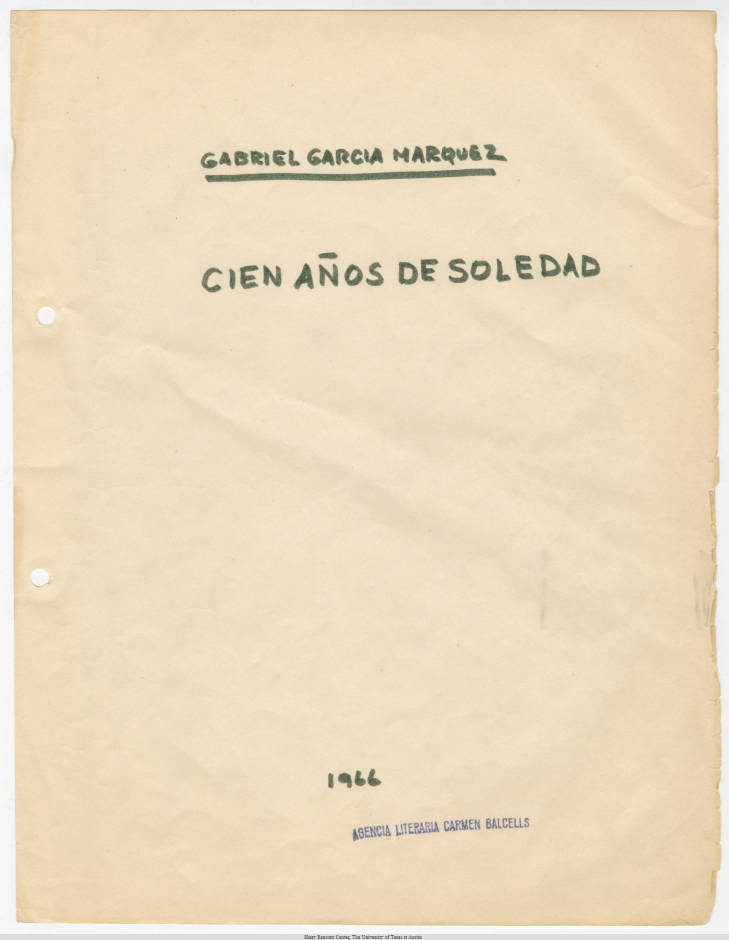 Of course, the show is only part of the immense Gabriel García Márquez Collection at the Harry Ransom Center, which is currently digitized:

“The digital archive of Colombian writer Gabriel García Márquez includes original manuscripts of published and unpublished works, research material, photographs, scrapbooks, correspondence, clippings, notebooks, screenplays, printed material, ephemera, and an audio recording of his acceptance speech for the Nobel Prize in Literature in 1982. The online archive is text-searchable and contains approximately 27,500 digitized materials from García Márquez’s papers, and was made possible by a grant from the Council on Library and Information Resources (CLIR). The Harry Ransom Center also appreciates the cooperation of the family of Gabriel García Márquez”, reads the Harry Ransom Center page.

“Gabriel García Márquez began his profession as a journalist in the 1940s doing reports from Bogotá and Cartagena, later he was a foreign correspondent in Europe and Cuba. In 1961 he settled in Mexico City. Along with his prolific career as a journalist, García Márquez published numerous works of fiction, including novels, novellas, and several collections of short stories and screenplays. After the publication of his novel ‘One Hundred Years of Solitude’ in 1967, he gained great notoriety for his fictional works and was recognized worldwide as a talented storyteller. In 2002 he published the first of three volumes of his memoir ‘Living to tell the tale’”, complements the Harry Ransom Center.

“Acquired by the Ransom Center in 2014, the documents in the García Márquez collection include original manuscripts, predominantly in Spanish, of ten of his books, along with more than 2,000 pieces of correspondence, drafts of his acceptance speech for the Nobel Prize 1982, more than 40 photo albums documenting various aspects of his life over nearly nine decades, Smith Corona typewriters and computers on which he wrote some of the most beloved works of the 20th century, scrapbooks of newspapers from Latin America and around the world that meticulously document his career as a writer. Many of these materials are included as part of the digital archive”, concludes the Harry Ransom Center. 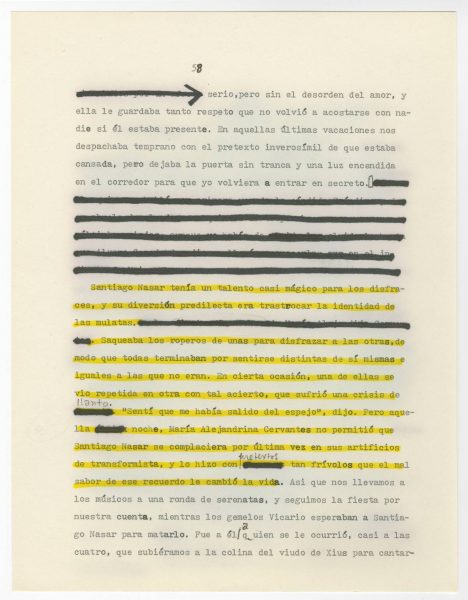 The Gabriel García Márquez Collection at the Harry Ransom Center can be visited at https://hrc.contentdm.oclc.org/digital/collection/p15878coll73/search

The face-to-face exhibition at the Museum of Modern Art in Mexico City will be open to the public until October 2.